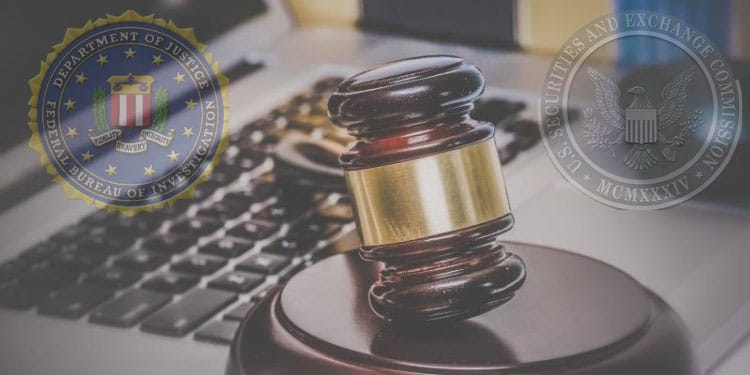 Two complaints against the house of the change of cryptocurrencies Bitinka and its CEO Roger Benites were filed with the Securities and exchange Commission (SEC) and the Centre of Complaints about Crime on the Internet (attached to the FBI) of the united States.A user of that country claims that its attempts to withdraw the funds maintained in this platform have been ignored, according to a request made on the 30th of October to which she had access Breaking News exclusive.In both documents the software developer Anthony Lewandowski explains that, since February of this year, has problems to dispose of their cryptocurrencies without obtaining a favorable response from the company.“On the 21st of February I deposited 31.011 DAI, whose approximate value was 31.011 dollars. The method of transfer was the blockchain of DAI using the mechanism of deposit of the website of Bitinka, a business that is run and owned by Roger Benites. Then I used the services of Bitinka to withdraw USD 11.371. However, the rest of my cryptocurrencies that were on the platform, which consist of 3.97278026 BTC and 5.79089118 MKR, remain in the house of change,” said Lewandowski in the complaints.The user calculates that the total losses caused by the withholding of their funds is about 40 thousand dollars, and placed as an antecedent claim against Bitinka, presented in February of this year in Argentina, in which two local users require the return of 417 thousand dollars.

Once known for the formalization of complaints, Breaking News requested Bitinka comments on the procedures. The company responded that it had not received any notification and he did not know about these cases.“Thanks for the information, but we need more information of the complaint. We do not have any kind of notification. Since we do not accept users from the usa (from) a long, long time. It can be a complaint not a complaint, as this would consist of notification to both parties,” said the startup in a first email.In a second communication, Bitinka said that one of their departments was already managing actions for know what user had problems and asked for more details to Breaking News on these causes.“Already reported to the compliance department so that they can see what user is having the problem. If it is easier, and with the good sense of the word want to help users to provide us with information, help to solve the problems of these same”, is reported in the email.

The lawyer Camilo Jorajuría of Leon, who formalized their complaints to both agencies, has indicated to this newspaper that the SEC gets every year between 400 and 500 civil cases against individuals and companies that violate the laws, resulting in potential fines and closure of operations of the companies listed.“In this case, my represented was born, lives and works in the united States so that the competence of the FBI and the SEC to process these complaints against Bitinka are undeniable. The user, that is dedicated to the software industry, he operated in Bitinka mainly to change DAI by BTC”, stressed Jorajuría.The legal representative explained that the complaints are part of the strategy to move forward on multiple fronts and trying to recover assets of the users and mentioned the demand that is put forward in Argentina. Another of the aspects highlighted by Jorajuría is that this type of actions is performed to remediate the ecosystem of the cryptocurrencies.“In Argentina we already managed to close the payment processor of Bitinka and now in the united States is moving from an administrative point of view and criminal. In this way I will continue to push claims in all jurisdictions necessary, until the responsible person to be judged, the company liquidated and repaid the funds owed to my clients,” he said.The accusations against Bitinka began in October of last year when a group of users requested that we clarify the status of its funds because it could not operate with them.At that time the company of peruvian origin indicated that users could not claim goods which were not his property, due to the fact that the platform presented technical incidents and the balance sheets of the operators were restored to their “actual state”. That is to say, any gain registered was removed unilaterally and the accounts returned to the balance they had before the occurrence of the event. According to several users other accounts were blocked.Since then, the relationship between the company and the users has been more turbulent, with implications in the courts, seizure of bank accounts and now with the filing of complaints in the united States, which raises even more the tone of the conflict and the international implications.