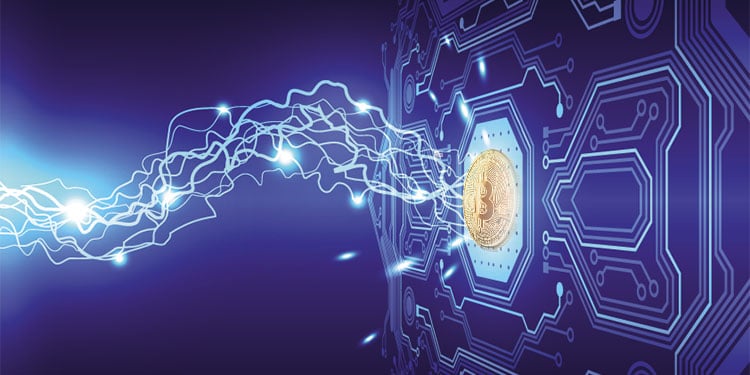 The network Lightning Network of Bitcoin is still in full evolution, but during the past year were significant steps in the development of this layer of micropayments, economic and super-fast Bitcoin. In this article we will deal with two updates, one of them is the “payments atomic multi-path” (AMP), a way to process transactions with larger sums through Lightning Network (LN). The other is the payment of a spontaneous, which would allow to perform operations on a static address, without the need of interacting with the receptor, or to wait for receipt of an invoice. Both developments are evidence that we continue to take steps toward a better user experience.Currently, payments of large amounts in LN are facing limitations because they require to find a path in which all the channels are balanced with at least the amount paid. If the figure paid is too great, you simply will not find any route. However, a new function is in test phase since December 18, payments to atomic multi-path, make possible the routing of larger sums in the network of the second layer, as highlighted in a publication of Bitcoin Optech.Long before the world knew of LN, there were already pay-per-view, which were useful for certain purposes, although they were also limited because they were one-way. In these cases, Alice could pay to Bob several transactions out of the chain, but Bob could not afford to pay to Alice through the same channel. Everything changed when the core developers of Lightning Network, Joseph Poon, and Thaddeus Dryja, they released their proposal: pay-per-view bi-directional without the need for a trusted third party.Given that Alice and Bob expect to make transactions frequently, decide to open a pay channel bi-directional, and use it to send BTC. Now, suppose that Alice wants to send a payment to a third person, Carol. To do this, Alice and Carol could open a channel of payments between them. Although, this is really not necessary. It turns out that Bob and Carol already have a channel mutual, so Alice can simply pay to Carol through Bob. Specifically, Alice can pay Bob, for example at 0.05 BTC, and Bob can pay Carol the same amount. But this path or way of payment only work if the intermediary (Bob) has, at least, the same amount in reserve, that Alice wants to transfer to Carol. If this is not the case, then the payment to Alice will fail through the LN.To resolve this limitation, the developers of Bitcoin have suggested a new solution, the payments atomic multi-path. What that means now that through them, when you need to process a payment large, you can split it in multiple smaller amounts, and then send it to the receiver via several routes of payment of different intermediaries.However, there is a risk in this approach since the receiver could end up receiving partial payments, in case of failure of any of these multiple routes of payment small. To overcome this situation, the protocol AMP is designed in such a way, that the receiver will receive the full payment or nothing at all.

Here’s @bitconner from @lightning talking about AMP – a way to make use of multiple channels for a payment using the lightning network! @LNconf #tlc2019 pic.twitter.com/AXX4PjnMjG— Stephan Livera (@stephanlivera) October 19, 2019

Stephan Livera showed up in a tweet that the payments atomic multi-path were part of the Lightning Conference which was held in Berlin last October.

All for one and one for all

AMP allows you to use multiple channels simultaneously to process a payment large. In other words: a larger sum, may be divided (automatically) into smaller amounts to move efficiently through the Lightning Network. We understand the AMP even more clearly through an example: Suppose that Alice wants to send 1 BTC to pay for a product to Bob, and a direct channel does not connect. However, Alice can find multiple routes, indirect channels that connect with Bob, but none of the channels intermediate each of the routes, you need at least 1 BTC in them.Then Alice uses another resource. You realize that you can make a payment AMP to Bob, since he realizes that you can use a route to send the 0.5 BTC to the merchant (Bob), another route you can send to 0.3 BTC, and another can send the 0.2 BTC to Bob. In this way, through various channels, Alice is able to send 1 BTC to Bob, dispensing your payment into three parts, or even in even more routes, if necessary.That is why, going into the AMPs while doing transactions of large amounts, may be the best option, since the payment is received in a full amount or otherwise not received at all, keeping the client relationship trader on good terms.The thought behind the AMP dates back to 2018, and it was not until may of that year that the proposal was mentioned officially in the contract documents. More than six months later, we performed the first tests of these payments atomic multi-path, the development that many analysts consider as the most important of the advances that were achieved during 2019.

Spontaneity in the network

Another obstacle that the developers of Lightning Network are overcoming is the current way of generating addresses to accept payments, which is not so practical. However, it is beginning to change because it is developing a code change that would allow users to accept an address that you do not need to change each time. It is a proof-of-concept, showing that payments may be made to a static address.Currently when you make payments on the net Lightning will request an invoice, which works well in some cases. But, what happens when you want to send to a single node, with or without interaction of the receiver? To do this, is in the testing phase the function of “payments spontaneous”, that is the ability is enabled on a node, Lightning Network, to pay over to another node, without requiring an invoice.The invoice used for regular payments of LN contains a hash of the payer and each routing node used as part of the Contract of Hash-Time-Locked. The payment of a spontaneous need to replicate this mechanism of security, but without the mechanism of the invoice for the communication, according to a document of Bitcoin Optech.Two mechanisms put into operation the payments spontaneous:Adding data to the packet routing: to send a transaction to Bob, Alice chooses a preimage hash, the encrypted with the key of Bob, and adds it as extra data in the packet routing. When Bob receives the previous image is encrypted, decrypts and releases for claim payment.Using a shared secret: Alice sends the payment to Bob by combining the key and the key of the receiver to create a shared secret. Then, Bob will use a hash of this secret as a preview image.It is clear that the network Lightning needs a lot more development to become fully functional, but it is also clear that the developers are working on it. However, while all this happens, there is an opportunity to learn how you are developing the project Lightning Network and to understand its operation more technical.Breaking News outlined in last September that are available 27 videos of the lab projects related to Bitcoin that are made available to the public educational materials that touch on varied topics, such as the components of Lightning Network, the current problems of the network, handling fees and up to trade atomic. An extensive educational content that can be of great utility for developers that are taking their first steps for the creation of applications in Lightning Network.