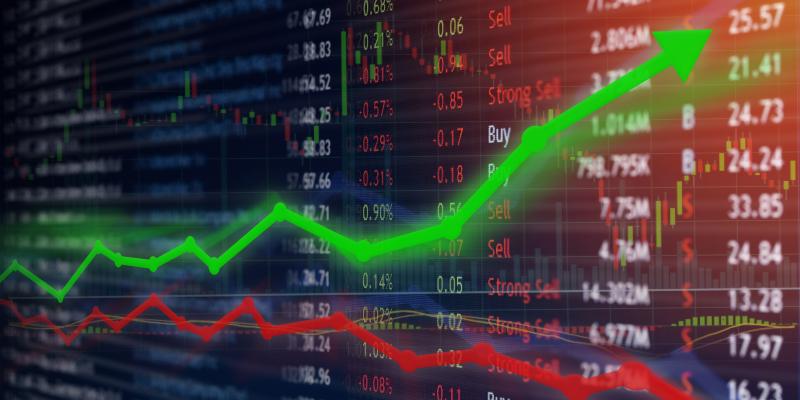 The prices of the cryptocurrencies are retrieved after the fall of the last week.The price of bitcoin average 7,78% in the course of the week.Between the 23 and the 29 of November the market of the cryptocurrencies presents a slight recovery compared to the fall suffered in the previous week. Most of the criptoactivos presented increases in their prices, starting with the main criptomoneda, Bitcoin, which on average won 7,78% of its value in the past seven days. We offer below the picture that make up the 5 cryptocurrencies more appreciated in the past seven days.Although the price of BTC has not returned to the ranks of around $ 8,000, which was moving at the beginning of this month, in these past seven days remained around the USD 7,000. The minimum value was recorded on the 25th when it traded at USD 6.661. At the time of writing this paper the price is USD 7.764 per unit, according to the statistics of CoinChekUp.Other cryptocurrencies of importance also recovered this week. Ether (ETH) wins 4,09% , litecoin (LTC) goes up an average of 3.43 per cent and bitcoin cash 8,77%. For its part, XRP from Ripple loses -0,86%.Between the cryptocurrencies more appreciated in these seven days are, grin (GRIN), beam (BEAM) and decred (DCR), with growth ranging between 14% and 28%. Also cardano (ADA) and tezos (XTZ) had increases that approached an average of 11% to 12%.

The criptomoneda focused on the privacy back to be placed among the most appreciated, despite the drop registered 7 days ago. The price starts to recover from the 23rd of November when it traded to $ 1,10.The largest advance was posted this November 29, when he gives a significant jump. In these seven days your growth averages 27,56%. At the close of this report, its value is USD 1,24. The market capitalization is USD 33,9 million and the volume of daily trading is USD 33,8 million. Its main markets are moving in BitForex, Gateio and Bkex.Among the announcements made this week, Grin replied, in his weekly newsletter, his stance on the questions recent to the protocol focused on the privacy MimbleWimble (MW). In this way, in response to the posture that says that MimbleWimble alone is not sufficient to ensure the confidentiality, said that it is working constantly to improve the skills of preservation of private information. “But we take a long-term vision when we decided to add a features, being aware of the other two design goals equally important Grin: scalability and minimalism”.Source: Coincheckup.com

Beam is another criptomoneda focused on privacy, with features that resemble beam. The criptomoneda has also been several times in the top of the most appreciated throughout this month of November. During this week the price ranged between us $ 0,5361 and USD 0,5741. Its growth was 17,55%.The highest value during the week was recorded on the 29th of November, being the lowest value on the 25 November when it was valued at USD 0,4332. After a few corrections that tend to the poor, arrives at the current price. The market capitalization is of us $ 26 million. The trade in the last 24 hours has been of USD 36,9 millones.De according to the latest update of the weekly newsletter of the criptomoneda, this week it became the official launch of the Foundation Beam, a fact that the team qualifies as the first step towards decentralization. With this, the project began as a for-profit company, passed to the control of a non-profit Foundation. The Foundation will use the funds assigned to it in Beam Treasury to continue with the development and promotion of the protocol Beam and to advance the broader agenda related to privacy, as explained by the publication of the 25 of November.Source: Coincheckup.com

Decred (DCR) is another criptomoneda that you’ve also been among the most valued in the last few months. In these seven days recorded a growth of 14,47%. Happened quoted in USD 17,82 at the beginning of the week, at a valuation of USD 19,54 at the time of drafting of this note.The criptomoneda recorded several fluctuations, but the advance in price is mainly observed from the 25th of November, when it was valued at us $ 17,52, after having registered a minimum of USD 15,98. The capitalization is $ 210,8 million, with a daily trade of USD 10.5 million.Recently Decred Latam presented a proposal for a Marketing in Politeia, the platform of governance of Decred, to obtain funding and perform marketing activities. The goal is to increase the recognition, presence, and adoption of the brand in the region. The idea is to have a budget dedicated to operations in Latin America, covering the marketing, the creation of content in Spanish, outreach to the Spanish community operations and events in all of Latin America.Source: Coincheckup.com

The Foundation Cardano was promoting on his Twitter account a snapshot of of check of balance for the “Testnet Encouraged Shelley” with the ADA, this November 29. About it says that the snapshot of the balance was successful and allowed to correct important errors. The official release on the main grid is planned for the 9th of December.In parallel, the company continues to make announcements related to the celebration of the second anniversary of the platform. Currently, the team is also discussion on the plans of Cardano to 2020.Meanwhile, the price of the criptoactivo began to rise from the 22 of November. Its value ranged between USD 0,0381 and USD 0,0416 (your maximum price), with a forward average of 12,81%. The market capitalization is USD 1.078 million, and the volume of daily trading is USD 102,8 million.Source: Coincheckup.com

Tezos is focused on the development of contracts intelligent, and decentralized applications (Dapps). The price of XTZ, the criptomoneda native of this network ranged from USD 1.34 to the 23rd of November, and USD 1,32 at the time of this writing, being its maximum value of USD 1.39 and the 24 of November. This week saw some ups and downs that led the growth rate to a 11,65%.The market capitalization is of about us $ 866 million and its daily trade of USD 34.2 million. Among the recent announcements about Tezos, we reported on a partnership between Tezos Southeast Asia (TSA), and RF International Holdings (RFIH), a financial group global, technologically-driven. The goal is to jointly explore areas within which the technology Tezos can form the basis of secure transactions on digital assets and tokenization. “Both parties agreed to share each other’s experience and to deepen common areas of focus within the financial services industry where the technology Tezos can be established as the basis for future secured transactions”, points out Tezos in your blog.Source: Coincheckup.com