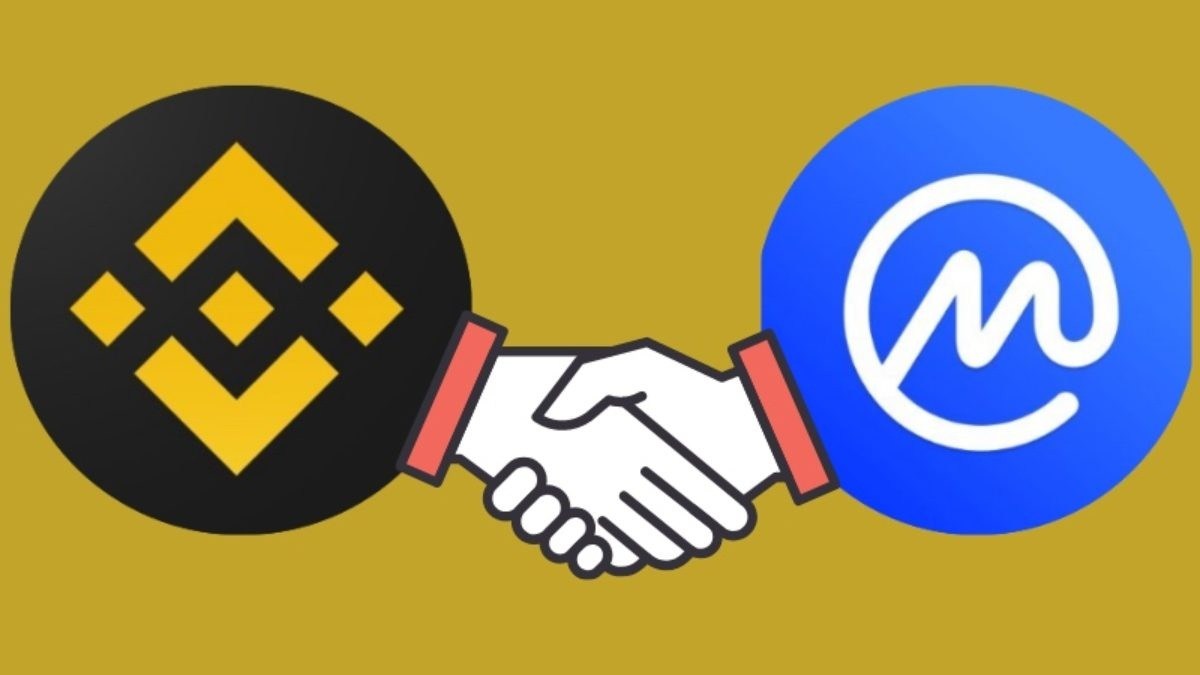 As expressed recently, the crypto exchange world’s largest, Binance, he bought the biggest company in track of the indices of the crypto market. Why?, What Binance might be looking for to be a monopoly?. Here we bring to you the 5 key points to understand the purchase of CoinMarketCap.

Key points of the Purchase of CoinMarketCap

Just at the beginning of this year, the CEO of Binance, Changpeng Zhao “CZ”, said that there are two acquisitions pending which are “very excited”. “These are important and will have a significant impact,” said CZ at that time. The agreement CoinMarketCap could be one of these two agreements, given that it is a powerful ally equivalent to the exchange.

1 – Which of the two most interest?

One of the reasons why Binance could have rushed to buy to CoinMarketCap, is the fact that this site arouses much more interest that the same crypto exchange. If we go to Google Trends data, we can notice that the searches will mostly focus on looking at CoinMarketCap that to Binance a little bit, but higher. As in most of the world is most sought after CMC that the Binance. Source: Google Trends. On the other hand, CoinMarketCap is the aggregator of data criptoverso more popular, attracting 207,2 million visitors in the past six months, according to SimilarWeb. While Binance to 113.8 bp million visitors in its different portals in the past 6 months. In a few words, CoinMarketCap is 80% more than that of Binance. The industry veterans are beginning to express that they see a future in which CMC could serve as a marketing channel for Binance, directing potential customers to the crypto exchange world’s largest. Alexa Amazon classifies CMC as 570º most visited website in the world in the last 90 days. That’s compared with Binance and exchange rival Coinbase in 1688. “CoinMarketCap has more users than any other product in the space cryptographic. Despite the fact that its mechanism of generation of money is not as strong as Binance, yes users, is a platform that is very valuable,“ said CZ.

2 – Problems in their servers

The second key point to understand the purchase of CoinMarketCap can be Binance has presented little problems in their web sites recently. Server crash, slow charges, and other type of errors, Allegedly by the large number of users who have had daily, in addition to by different services that are offered by the company in recent months. As Binance Futures, Lending, P2P services, Binance Pool, Binance OTC. Which has led to a copamiento of the speed of their web portals. The people familiar with the matter of the slowness on the platform of the crypto exchange world’s largest, expressed that:

“The ability of CoinMarketCap to drive a significant amount of traffic is one of the main reasons for the acquisition”.

One of the 5 key points to understand the purchase of CoinMarketCap has expressed the same CZ, which ensures that the two have the same philosophies bases.

“The DNA of CMC is strongly aligned with the ethics and the culture of Binance, from your integrity to your value of freedom, transparency and focus was to inform the users”.

According to the vision of both crypto signatures, will be strengthened by this purchase (of about $400 million), “continue to grow and help in the adoption of the criptos is the goal.“ CoinMarketCap has committed that the acquisition will not affect its operations. Therefore, will continue to provide the highest level of information integrity, ensuring data accuracy and improving its methodologies of classification. CoinMarketCap has the intention to expand its information offerings to include commercial products such as futures, options, loans and more tools and analysis of value-added data. Which is aligned with the new crypto derivatives of Binance. “I think that of all the equipment in the space that could acquire CoinMarketCap, Binance is one of the best options. They are a team that has proven, time and time again, that they care about their users and will do what is best for them, even in the most difficult moments,“ said the team of CMC.

One of the key points to understand the purchase of CoinMarketCap can be the fact that the two portals most sought after in the criptoverso have joined. One is a website which gives information on which exchange have more volume and confidence, and the other is one of these crypto exchanges listed in this portal. This news has aroused reactions mixed within the CEO of the competitors of Binance. Some panics, and other excitement. But, in all of that there is an intention to be aware of the change of the data in favor of Binance Lennix Lai, director of financial markets OKEx, said it was good to see such a big business in mergers and acquisitions in the context of a “bear market”.

“People might have doubts about whether CMC may or may not keep their independence after. It is fair to. But I think that we should give a chance to the team”

On the other hand, Andy Cheung, the former director of operations of OKEx said that the acquisition “is not very good for the industry” given the conflict of interests between the missions of the parties. “Honestly, how are you going to convince the people that the rankings and the volumes are real. When you are operating the biggest crypto exchange, and also is probably the greatest hodl of BNB?“.

5 – how to Create a monopoly among Binance and CoinMarketCap?

We have come to question controversial of the day. And one of the 5 key points to understand the purchase of CoinMarketCap. What is Binance and CZ armando a monopoly?. Binance has been in a wave of acquisitions recently. The crypto exchange has purchased at least 9 companies since last year, but only some of them were publicly announced. Trust WalletJEXWaxirXDappReviewCoinMarketcap

“The purchase of CMC is the largest, by far, that we have done up until now.” Expressed CZ.

Many in the criptoverso already see with concern the steady expansion of Binance, not their products, but buying crypto signatures to the right and the left.

“CZ she has told everyone that Binance is not here for the money, then build something bigger and meaningful for humanity.”

Do you think you are. What Binance is arming its own monopoly?.