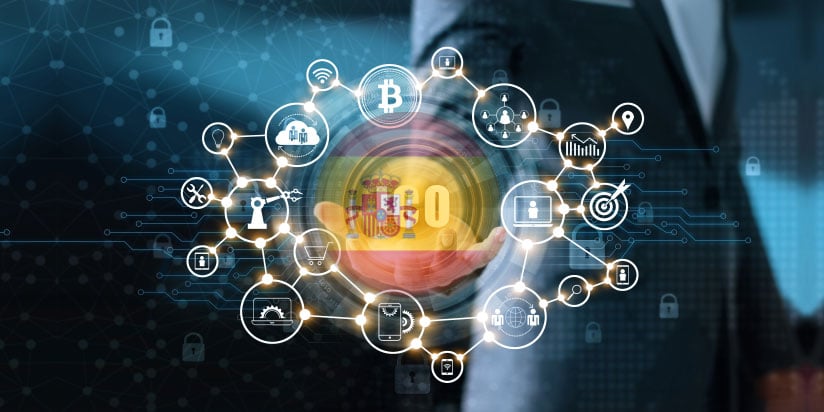 A total of 51 companies were funded, with Initial Offerings of Currency (ICO) in Spain in 2019, according to a report presented by the Observatory of Scanning Financial Funcas and Finnovating. In the report, we analyzed the criptomercado on a global scale, the regulatory trends and the advancement of solutions based on technology of accounting distributed (DLT), or blockchain.The research shows that during the first half of last year were announced in Spain 48 financing initiatives of this type, then falling to just three in the last six months of 2019, which translates into a fall of about 93% between one semester and another. These last to appear were Alycoin (FinTech), Group Next (Travel and Hospitality) and Suricatta Systems (PropTech).”By category, FinTech is that most projects accumulate with a 25% of the total, followed by the activities of PropTech and infrastructure. Currently in Spain there is no legislation that regulates expressly the ICOs. The applicable regulations depend on the nature and characteristics of the tokens that are issued. In the event that the tokens issued can be considered marketable securities, are subject to the Securities Market Act and the rules around this,” said the 25-page document entitled “Criptomercados and Blockchain”.Between companies or projects that have adopted the funding collaborative include Aragon, Cryptobirds, Cointrade, Hearthy, Eurocoinpay, FluenZity and Token Home, among others. In the branch blockchain up to 16 companies, banks or consulting companies presented initiatives to establish new business models or to make more efficient their production processes current.The report also highlights, though without providing figures, that Spain is located in the position number 21 in the world in terms of countries with the largest number of nodes for the network Bitcoin. This line is dominated by the united States (21%) and Germany (20%). In connection with the operation of atms of bitcoin or other cryptocurrencies, the country is in the sixth box international. Figures of Coin Atm Radar, ensure that in the country there are 85 of these computers.At this point it should be noted that both the investment as well as the raising of funds through the ICO, have experienced a decrease from 2018 when it was reported that the injections of capital had fallen by 90% in 9 months. In addition, during the first quarter of 2019 the collection with ICOs decreased by 36%.The Initial Offerings of Coin are a mechanism of funding collaborative that enables a particular company to raise funds in cryptocurrencies, such as bitcoin or ethers, and to a lesser extent in currencies fiat as the Us dollar or the Euro, in exchange for a new criptoactivo that are issued on a blockchain existing.