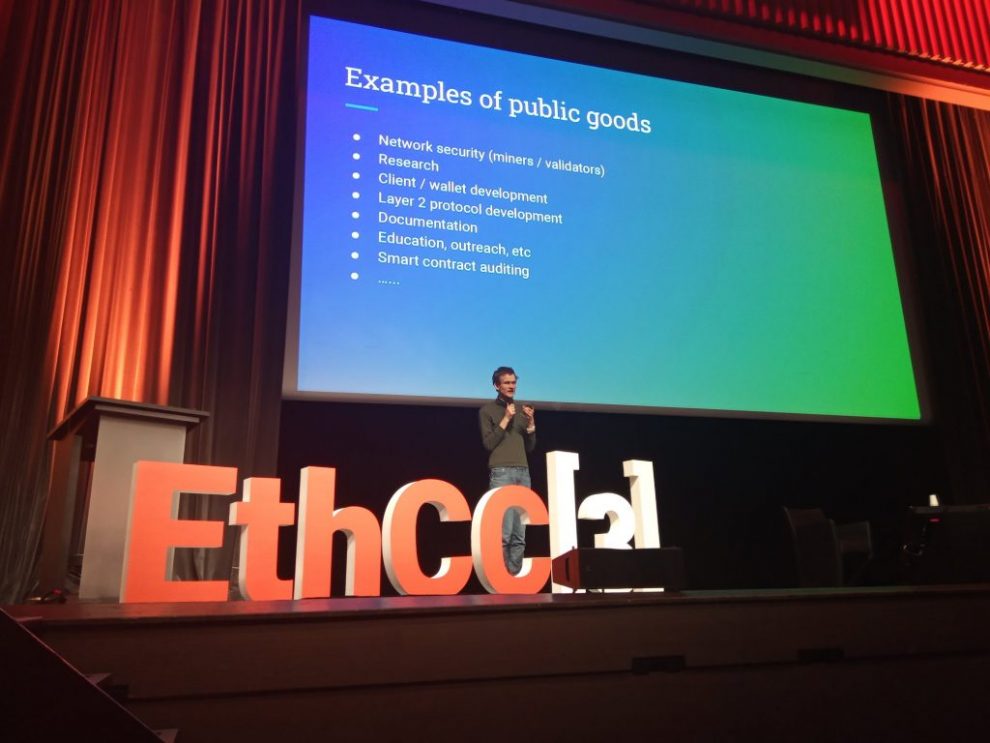 Sectarianism is a reality no doubt in the actuality of the ecosystem “cryptocurrencies”. The so-called, in that thin line between mockery and seriousness, maximalism toxic, has open gaps insurmountable between members of different communities, condemning the exile for high treason all those who dare to cross the strip to enemy territory. Because it has partidizado the policy in the ecosystem, in antagonistic relations of friend and enemy: if irrespetas our dogma, you’re against us.Save these purismos working as a journalist is an uphill climb. The journalist is required to “objectivity”, that magic word that some believe functions as a switch to turn off during the hours of trade personal judgment of the communicator. The truth is that most of the times objectivity is to journalism what the blockchain is for many networks of cryptocurrencies: a chimera, a buzzword used to legitimize and leveling products, most of the time, do not meet with the same characteristics. Even so, “be objective”.Making an effort to accommodate to that principle chimeric beforehand I perceive dehumanizing, even more so, having awareness of my bias Bitcoiner, I attended, as a reporter, to the Ethereum Community Conference. Organized by Ethereum France, an association dedicated to release Ethereum in the French-speaking world. The third edition of ETHCC took place from 3 to 5 march at the Maison de la Mutualité, an old theatre from the 30’s that has become a room for events and located in the French capital, Paris.Distributed in four floors with at least seven rooms in the taught lectures and workshops simultaneously, of the ETHCC3 it can be said that it was an event properly organised, despite the latent risk of the Covid-19 –the infamous coronavirus– could have affected up to a certain point the number of attendees. All in all, the list of speakers remained practically unaltered, with exhibitions of recognized members of the community of Ethereum as Vitalik Buterin, Joe Lubin, Evan van Ness, Vlad Zamfir, Afri Schoedon, Griff Green, among others, as well as with the unexpected intervention of the father of Julian Assange, John Shipton, who urged them to support the creator of WikiLeaks, in the odyssey court crosses for several years.

John Shipton, father of Julian Assange, tells us about the current conditions of his son and defends freedom of the press and the work of WikiLeaks.#EthCC @Breaking News pic.twitter.com/jD3snQhnpN— Ivan Gomez (@GomezmIvand) March 4, 2020

The talks covered various levels of understanding about Ethereum and their technology, while there was a certain primacy of technical exhibits for this type of encounter is likely to be the most suitable to present the results of the research in the area. Was surprised that the number of papers on proposals of privacy based on Proof of Zero-Knowledge almost equal in number to the interventions dedicated to the calls Finance Decentralized or DeFi. And although there was among the public, a good percentage of attendees with experience in software development (or at least that they claimed on several occasions he lifted up his arms when a speaker asked who was a developer), not followed without difficulty several papers.This was evidenced in one of the talks of the researcher of the Foundation Ethereum, Vlad Zamfir, on your implementation proposal to move from Proof of Work to Proof of Participation, the so-called Casper CBC. Zamfir questioned several times to the audience if they understood or if they had any doubt and the answer was always final silence.

[email protected] will introduce the protocol of consensus CBC Casper, which has been working for about three years. #EthCC @Breaking News pic.twitter.com/1Ed59xekKR— Ivan Gomez (@GomezmIvand) March 3, 2020

Happened something similar in those papers dedicated to the traffic from eth1.0 to eth2.0, the phase of development of Ethereum called Serenity. Despite the fact that this update carries at least since October of 2018 being announced by Vitalik Buterin, who is also the researcher of the Foundation Ethereum, Alex Stokes, admitted during his presentation that there is clarity as to what will be the way to go for the transition.

Serenity provides for the establishment of the call Beacon Chain, a new chain of blocks that would mark the step from the protocol PoW to PoS, which in the beginning would run in parallel with the previous string of Ethereum. The following would be the implementation of shard chains or chains fragmented, which seeks to distribute the processing load of the network between multiple nodes.This is what, in theory, it would be the start of the transit to a new Ethereum more scalable. But it remains to be decided, among many things, how would the migration of tokens from a string to the other. One of the options being contemplated is a one-way-peg, a concept originating from the world of the sidechains, which enables the transferability of coins in a single direction, from one string to another, without these coins to be able to return to the chain anterior.De choose this pathway, to ensure the migration of the tokens to the Beacon Chain. But if this string is not displayed in a timely manner, the investor’s funds would be frozen until the string between the in operation, and as you know by previous experience that the times in Ethereum tend not to be too strict.The community of Ethereum, in good measure made up by engineers and developers, is fully aware of the experimental nature of your network. It could be said that the criteria shared in advance is something like “to innovate and break things”. Why not have feared the realization of bifurcations contentious to undesired events, such as the hacking to The DAO, putting into question the creed in the immutability of the blockchains as a value in itself. This may be very well from the perspective of the research. But when you want to run a business on a network, when there is money involved, the predictability and longevity are all elements to consider carefully.One of the greatest contrasts in respect to Bitcoin that I noticed in this conference Ethereum is precisely this: Ethereum is a network highly interested in technical aspects, but not so much in the economic as Bitcoin. Both by what is stated in the preceding paragraph, as by certain conceptions of monetary policy. Despite its high rate of diffusion of the entire subject of Defining, there are still many in the community of Ethereum that they believe they can create value in a sustainable way from the issuance of credit and debt, such as happens in the systems fiat, without a limit controlled emissions. That is to say, the importance of money deposit as conceived in Bitcoin is not so widespread in the community of Ethereum.Then there is the fact that there is a directionality or clear a target stable with respect to what you want it to be Ethereum, what problem it seeks to solve. Ethereum has gone through many value propositions: computer-world, cats collectibles, finance decentralized, in the conference I could see a renewed interest in privacy. When I asked Stokes what he believed was the main value of Ethereum, I replied, somewhat hesitantly, that computing decentralized. I still don’t have it so clear.The main reflection I have is this, after the attendance to this event is that the open attitude or the closed of the various tribes in the ecosystem of the cryptocurrencies has to do, in good measure, with your perception about the change and how to achieve it.Ethereum, still unsure on what is the change that you want to perform, does not tremble both pulse at the time of investigation, so you can break things down to their step. Bitcoin, aware of the invaluable power of separating the money from the State with a strong currency, stands as a conservative community, and skeptical, distrustful of everything that might affect the security of your value proposition.Disclaimer: the views and opinions expressed in this article belong to the author and do not necessarily reflect those of Breaking News.