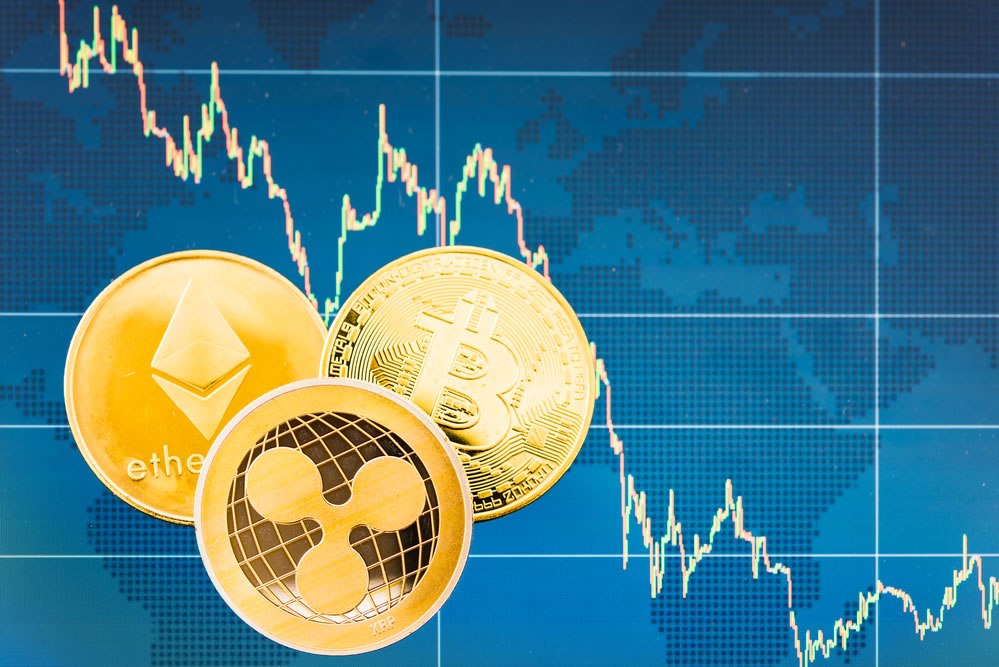 Very well, now that we handle the key concepts of the crypto world, thanks to our ABC Crypto. It is time that we move to deeper waters. And let’s start to talk about the different parts that make up the world of cryptocurrencies. For which, there is no better way to start it than talking about one’s own cryptocurrencies. And in special of the 10 most popular in the world. Going beyond the Bitcoin.

Of course, and risking to be repetitive, we should start with the main criptomoneda of the world, the Bitcoin. And that is, the birth of this virtual currency marked a before and an after in all the world. Not only in economic terms, but also technological, social, and cultural. Thanks to the Bitcoin, a key technology for the development of the world as it is the Blockchain, started to become popular. Until today, the chains of blocks are used, or arises to use them in all areas of society. From education and health to agriculture and industry. In addition, the BTC urged the creation process of new cryptocurrencies. Which have been adding new capabilities to the crypto world. Making it even more rich and useful for users. At the time that it has forced financial firms to create and offer better services. When faced with the crypto competition. Finally, the Bitcoin has spurred a veritable revolution in the financial sector. Now when citizens around the world begin to be much more empowered than before. Assuming the economic power in their own hands. Thanks to the tools we were born with the BTC.

And to respect the capabilities born thanks to Bitcoin, Ethereum is a key example. Therefore, the second criptomoneda in the world by market capitalization. It is also the first daughter a successful Bitcoin, and has been setting the standard within the world of altcoins. It is not for less, considering the technologies that Ethereum has helped to develop. Among them, the smart contracts or contracts intelligent, and decentralized applications. Opening the door the first the development of a business ecosystem a lot more secure. And second, empowering users in the management of their personal data.

With the crypto revolution also have been born cryptocurrencies of a different type to the Bitcoin. Among them, XRP has been marked a guideline for many criptoactivos of the world. Therefore, although no longer a currency daughter of BTC. The XRP can be regarded as just like a coin business. Not only because it has been developed by a company, Ripple. To be based on a Blockchain as amended, that allows them to maintain greater control over the criptomoneda. But also for his guidance in the use. Because, XRP is a virtual currency created specifically to increase the financial capacities of the private companies. Doing more than simple monetary transactions cross-border. Speeding up processing, and reducing enormously the costs.

If Etheruem and XRP are the daughters preferred of Bitcoin. Bitcoin Cash would probably be the black sheep of the family. Therefore, from his birth BCH has challenged directly the supremacy of Bitcoin. Having come to lay claim to even the use of the name, “Bitcoin” has no name to be called. Bitcoin Cash was born in the year 2017, after a thorough debate within the community Bitcoin. To decide if it is convenient to expand the size of the blocks of the chain. Allowing processing of larger amount of transactions at the same time. And therefore, accelerating the execution of the same in the string. As the dominant group within the Blockchain of Bitcoin was against the proposal. A sector of BTC decided to secede from the currency. Creating a new criptomoneda specifically geared to the speed, with a block size much larger than that of Bitcoin.

Litecoin is probably the criptomoneda that more directly recognizes and is grateful for its relationship with Bitcoin. Despite not being the currency most successful, of those that are based on BTC. Therefore, Litecoin, unlike the ETH, or XRP, has not been able to separate enough of the legacy of Satoshi Nakamoto. And this is so, especially because the objectives of both cryptocurrencies. Trying to Litecoin to be, like BTC, a replacement for the fiat money on a global level. It becomes therefore a direct competitor to Bitcoin, and consequently being involved in a very difficult battle to win. Despite the advantages that it could provide as a greater supply of the currency and difficulty of mining. The world is full of cryptocurrencies different to Bitcoin

Of course, if Bitcoin has emerged of competition, it is normal that also appear competitors to Ethereum. This would be the case of EOS, a criptomoneda born in the year 2018. And that in his short time of life, has managed to secure a place in the world of smart contracts. The main objective of EOS is the total elimination of the fees paid for the transactions carried out within its Blockchain. Which, in theory, should simplify the process of creating applications and contracts smart. Since, then users would not have to pay small fractions of the criptomoneda by using your Blockchain.

A competitor of Bitcoin for much less success than Bitcoin Cash and Litecoin is to Bitcoin AS. A currency born as a split of Bitcoin Cash in the year 2018, due to the issue of scalability. Same that had led to the excision of Bitcoin that culminated in the creation of BCH. While the majority of the community of Bitcoin Cash thought, the 36 MB of each block of the chain were sufficient. Supporters of the expansion considered this amount insufficient. For this reason, and to not achieve to convince the rest of the community, separated from BCH to create Bitcoin SV. Currency in which immediately increased the size of the blocks of 36 MB to 128 MB.

Despite the cryptographic technology that protects our transactions in currencies such as BTC or ETH. The intent of this technology is to ensure our privacy. Without obstructing the work of justice to prosecute perpetrators of crimes as a legitimization of capital. So, even within these chains of blocks it is possible to identify the real identity of the parties in a transaction. And this is the main advantage that gives Monero its users. This being a coin-centered in the privacy of the same. Keeping hidden not only the identity of the sender and the receiver of the money. But in addition to showing as a figure of the transaction is a bogus number, always lower than the real. In order to guarantee the total privacy of those who use the criptomoneda.

Many times in CriptoTendencia we resort to the use of adjectives to describe a criptomoneda. So for example, we talk about cryptocurrencies business, to refer to coins of the type of XRP. However, in a few cases, a virtual currency is earned by an adjective such as Tron. To which we can consider, without a doubt, a criptomoneda-character. Therefore, to understand Tron, we must understand its creator, Justin Sun. One of the stars business chinese, and a pupil of Jack Ma, founder of Alibaba. And it is that, while the role of Tron is to compete with Ethereum in the sector of creation of smart contracts and decentralized applications. At the end of the day the performance of Tron in the markets depends essentially on the state of Sun. Thus, when the same receives media attention, we can expect rises in the price of the currency. While when it is attacked, its criptomoneda suffers. Since, the market sees it as an instrument of Sun to achieve their business objectives. And not as a currency truly decentralized

Finally, and although we cannot consider this virtual currency a criptomoneda itself. We could not end this account of the main cryptocurrencies without talking about Tether. The largest stablecoin of the whole world. And although we will deepen later in ABC Crypto on this type of virtual currency. We anticipate that the same seek to end the volatility in the price of the cryptocurrencies normal. To create a reserve of value in any financial asset recognised. That will guarantee the value behind each token the virtual currency. In the case of a Tether, this reserve of value there would be in us dollars. And it would ensure the parity of 1:1 of this currency with the dollar. Although there have been voices within the crypto world, who question the existence of this reserve of value. And even more, they accuse the group behind the creation and management of Tether and booking Bitfinex. Use the criptomoneda to manipulate the markets to their favor. The following two tabs change content below. Student of International Studies, interested in issues of economy and international politics. Passionate about the progress of the Fourth Industrial Revolution in general and the cryptocurrencies in particular.