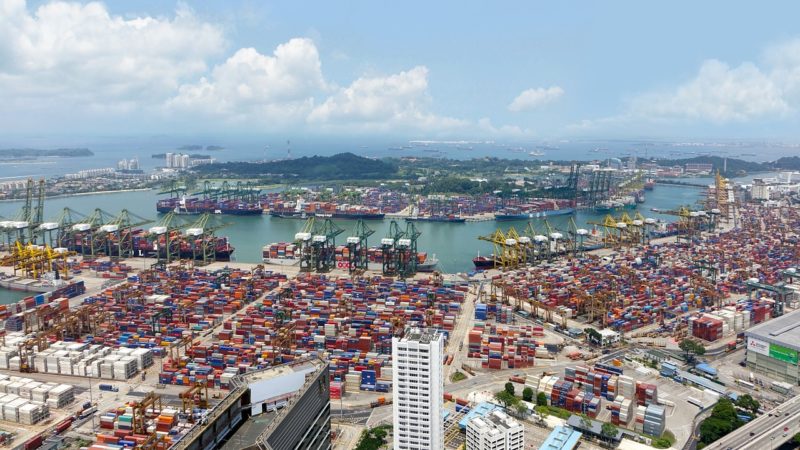 The largest port operator in chinese, China Merchant Port, have established a memorandum of understanding to strengthen the adoption of technology Blockchain in the port industry.

A solution specific to the port industry

Since 2019, Alibaba is committed to exploit the potential unlimited of the Blockchain for the chinese economy. Pursuing his goals regarding this technology, its subsidiary Ant Financial has announced a collaboration with China Merchants to develop a solution to Blockchain dedicated to the port industry.

In more detail, Alibaba will allow all actors of the sector (in particular logistics companies, companies, customs, traders) to share and view the data for an international shipment of goods on a single platform. This implementation of the technology Blockchain fluidifiera trade and logistics operations in the port industry.

“The Blockchain will be the key infrastructure to reshape the international trade and logistics. ( … ) “commented Jian Xiandong, president of Ant Financial Group.

China and the Blockchain

The importance of this collaboration reflects the privileged place that holds a seaport, especially in an economy focused on the opening of the exchange, such as China. Being the epicenter of trade flows and logistics activities, the port would then be the most suitable to receive a project Blockchain on such a scale.

For the China Merchant Port in particular, it imposes its presence in 50 ports scattered in 26 countries and locations around the world, where massive interest to implement a solution tailored to this implementation on a large scale.

The recent agreement is part of a series of projects that have recently seen the light of day in China, under the impulse of the power in place in the extension of the technology Blockchain. Because of its massive interest for the Blockchain, China is gradually becoming a mecca of the Blockchain. The country would be not less than 33 000 companies that specialize in this technology.

What do you think of the use of the Blockchain in the maritime economy ? Respond in the comments section below.