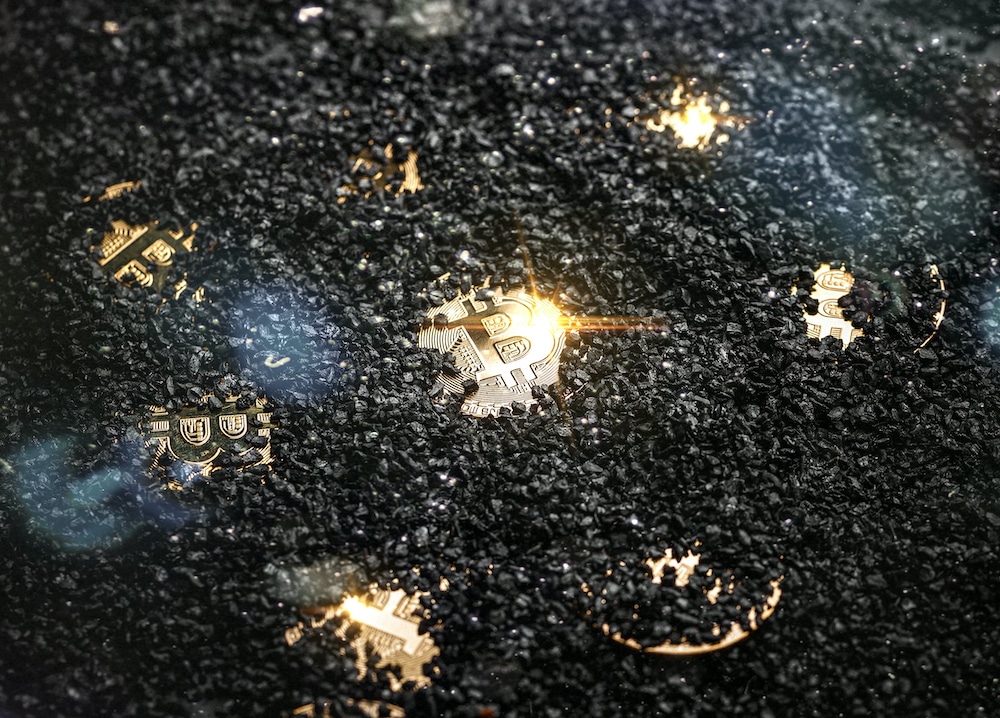 Bitcoin (BTC) is an active offer and issuance, as defined. Since its launch in 2009, it is public knowledge that the network that gives life to this digital currency it adds new units to the economy every ten minutes, approximately; average time it takes participants to solve a riddle, mathematical, and consolidate a block of transactions. It is also known that the maximum number of units that will have this economy is 21 million bitcoins (divisible in its millionth part, the satoshi).The definition of the monetary policy of Bitcoin should do predictable the movement of its price: given a constant amount and a finite number of new coins, if demand increases, then you should increase your price. And although this theory of supply and demand applied, suffers from a key nuance.The miners are those who receive directly the new coins generated by the network Bitcoin in reward for their work. To receive this reward, however, only indicates that an address belonging to the portfolio of any miner (or more likely, a mining group) has an entry of new BTC, ready to be worn. In other words: data that are potentially valuable newly generated by the network were attributed to someone.I emphasize the “potentially valuable”, since that data movement is exclusive to the network, Bitcoin is virtual, in the strictest sense of the word: “that it has virtue to produce the effect, but not what produces the present, often in opposition to cash or actual.”, according to the RAE.New bitcoins are received, yes, the more its effect on the market is just potential. Not cash. For new bitcoins to produce an effect in the market, to truly enter in circulation, it is necessary that miners move and exchange for something, more specifically, for another currency (dollars, for example). Otherwise, the coins newly mined do not change in any way the dynamic monetary: are new coins that have not noticed, do not belong to the effective supply; they are data in a file.We might think the same of the hodlers of long-standing: Satoshi Nakamoto, the developers of the Core and company, who are clinging to their currencies and still have not entered the economy. But just because they only hold their coins and do not operate them, are not affected by the dynamics of monetary Bitcoin or influence beyond letting us clear that instead of 18 million in circulation (as shown in CoinMarketCap and others), there are 14 million bitcoins in circulation: 4 million approximately stationary for more than 5 years.For the miners the story is different. They need to sell regularly the coins they mined to cover their costs of operation, upgrade and expansion. By doing so, the operators of mining machines are those who actually enter the new coins to the economy, going from the virtual to the cash to produce an impact on the market: expand the supply of bitcoins in the world.The above implies that the miners have power over the effective supply of bitcoins in the market. Faced with a reduction to half of the reward (halving) that they receive for their work, with the same price per unit of BTC what can you do to the miners to keep their business afloat?Stop the flow of coins to the economy.Before a halving, a logical solution for the miners is to stop selling your coins and hold them until it’s imminent exchange for subsistence, or, what in my opinion happens, until the price per bitcoin reaches a new high point that ensures back profitability to the operation.To follow the logic, the miners are “self fulfilling prophecy” and generating a rise in the price of bitcoin to withhold the supply of new coins. This event, for good or for evil, is taken advantage of by the traders to overstate the momentum and create better opportunities for arbitration, because, first, the bubble and, then, its explosion after the profit-taking.While I believe this analysis is true all the time, as they emit more coins and we get closer to the effective movement end of all bitcoins, the effect of halving decreases and it takes longer to make themselves felt.Chart shows the price of Bitcoin and the dates of their halvings. Source: ChartsBTCLuego of the first halving (November 2012) the effect was almost instantaneous (3 months after) and mass: first, a 1,300% increase, from $20 to $260, and then 600%, from $200 to $1200, 60 times in total. The offer then was 10 million BTC issued and probably half or less in circulation.The second halving (July 2016) had a cushioned effect that took a lot longer to create a bubble (1 year and a half) smaller in size: from $650 to $20,000, 30 times magnification. By then, the total supply and effective were much higher: 16 million coins issued and a possible 10 million in circulation.Given the current offer of 18 million bitcoins, with around 14 million in circulation, the third halving should have a smoother effect: you take more time in carrying a bubble of lower amplitude.As you may have noticed, this analysis only focuses on the supply and does not touch the demand. The effect of this last one is easy to predict, and only in a scenario that might cause you described would not happen (without invalidating the theory): when the demand decreases. In cases of demand is constant or increasing, the bubble of Bitcoin can only vary its amplitude.The ball is in the court of the miners.