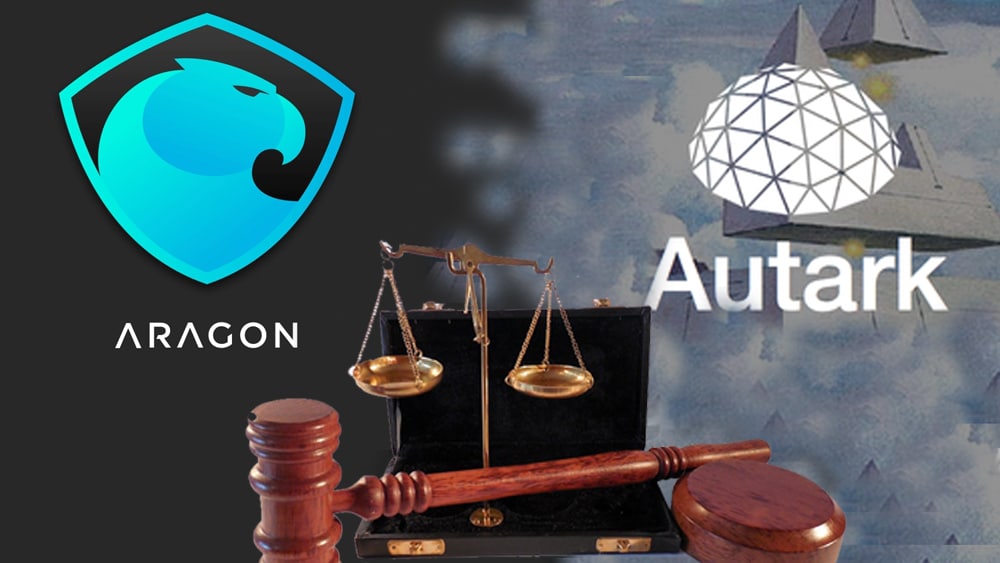 Aragon, the startup, for the creation and management of Organizations Decentralized (DAO) and the u.s. company Autark, revealed the past may 22 which support a legal dispute, which apparently will be resolved in a conventional tribunal of Switzerland and not in Aragon Court, the court decentralized asset in the blockchain of Ethereum. The origin of the conflict between the Association Aragon and Autark is related to the grant Proposals for the Governance of Aragon (AGP) number 73, granted to the american company through Flock, a funding program launched with the aim of injecting capital to develop ideas and tools with the purpose of contribute with the growth of the ecosystem of Aragon. Although Flock is subsequently closed after a series of conflicts, the program sponsored a variety of projects. Autark as one of the beneficiaries, in January of 2019 their project had the approval, by part of the community (with 54% of the votes) of funds in the amount of 390 thousand DAI and 350 thousand tokens ANT through the grant AGP-19. According to Aragon, the funding received by Autark would be in the order of USD 750.000. Subsequently, Autark received a second grant of Aragon, the AGP-73 (with votes from 99% of the community), and all apparently had been developing normally up to that Aragon decided to suspend the payments, such as detailed by the communication of the american company. Autark pointed out that they had been discussing with the lawyers of Aragon from January of this year, which is supposed to generate in an agreement. However, last week’s Aragon issued a demand to terminate the agreement, which would have driven to Autark to make public his version of the facts.

“In January 2020, the Association of Aragon, without any reason, suspended payments and tried to rescind the grant AGP-73, which was a contract agreed to, voted on and approved by the community, and it was assumed that it would last until August of 2020. For the moment, The disbursements to November 2019 and February 2020 AGP-73 remain without pay, in addition to the incentives ANT that would be consolidated as part of AGP-19”. Release of Autark.

For his part, Aragon alleges that in January last year decided not to continue to fund Autark due to the breach of the agreement. He adds that after announcing its decision, granted a margin of three months for the company to get other sources of funding. Also, I would have offered to help raise funds and compete for other grant programs, but the company would have chosen not to accept the suggested.

“We did not intend to negatively affect the reputation of Autark or the possibilities of alternative financing to bring this to public attention, but Autark claimed $ 800,000 and also released a misleading of the story (the conflict between both companies). In addition to that, we learned of other products in which they had been working that did not benefit at all to the aragonese community to which they used the funds of the Association”. Press release of the Association Aragon.

In your document, Aragon argues that Autark only met a target of the thirteen schedule. The project Open Enterprise the only materialized, would represent less than 0,015% of the assets managed in the organizations in aragon, one of the main reasons why the Association decided to cut the funding, although he also mentioned other reasons such as personal problems (threats included), breach of privacy (including defamation). In his publication Autark accused that was not the aragonese community which tried to rescind the grant AGP-73, but who did the founders of Aragon, Luis Cuende and Jorge Left. Suspect that the intention behind the legal action by the Association is not to pay the outstanding debt.

“The Association Aragon filed a legal action is without foundation in Switzerland against Autark LLC, a u.s. company, apparently for not paying Autark for their services to the community and try to find some support for the attempt of Luis and Jorge finish the grant AGP-73 on behalf of the community, but without prior notice to the community.” Release of Autark.

Where is Aragon Court?

The author of DeFi Rate, Cooper Turley published an article in which he points out that the community of Aragon is requesting that the conflict with Autark is resolved directly in the court of Aragon, with the participation of the token native ANJ and with members of the community in general. Cooper also points out that you are not located explanation the fact that the Association went to the jurisdiction of Switzerland to resolve a similar conflict that is resolved in Aragon Court. Apparently the matter will be discussed in the Jurisdiction in Switzerland. Source: succo/pixabay.com “why built the Court of Aragon, if it was not for resolving disputes in community funding? basically you have shown that there is no use case as you won’t wear yourself,” writes Cooper in his article in the that added: “while the Foundation Aragón has expressed that this is a special case in which the legal action * should * be resolved in a jurisdiction that is tangible (in this case, Switzerland) opens an interesting can of worms. How involved deserves to be the community Ethereum in this dispute?”. Last February, as reported by Breaking News, was activated in the main network of Ethereum, the court digital of Aragon, and since then, the new court allows any user to become a jury to help resolve disputes and breaches of contracts in the blockchain. At the time of activation of the court there were some 247 jurors, willing to test the application and resolve conflicts.