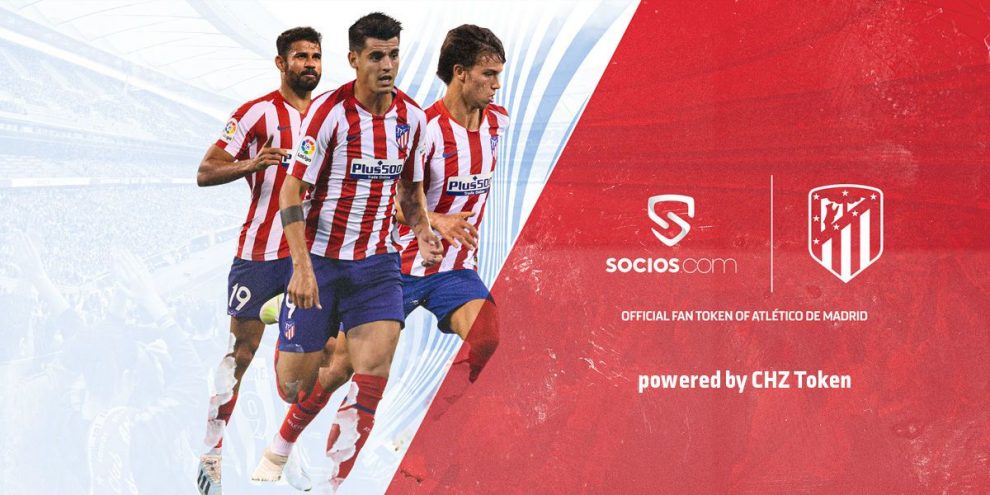 The famous team of Spanish football, Atletico Madrid, announced that they launched their own tokens. This would add to the group of football clubs who have decided to adopt the tokenization. The Fan Tokens of Atletico Madrid were launched during the month of January of 2020. The club made the announcement through his Twitter account, explaining that they managed this project thanks to its partnership with Socios.com. The tokens will have an initial value of 2 euros, which will change depending on the volatility. In addition, the club explained that these Fan Tokens could be used on an internal network with awards targeted at Atletico Madrid, not for fiat money. However, we also offer the possibility of exchanging Chilliz, the criptomoneda own Socios.com by Fan Tokens. An interesting feature of these assets is that the more you get the user, you have more possibilities to participate and get exclusive rewards club. The only problem is that these tokens may not be exchanged for euros or other digital currencies, with the exception of Chilliz. So their scope of action is quite reduced.

But, without a doubt, the most striking feature of these Fan Tokens is that its developers wanted to mimic the popular game Pokémon Go The way to get tokens is to search by the city of Madrid and “chasing” as if it were some Pokémon wild. This adds an element of fun to the tokenization of the football club. In addition to being the differentiating feature from other clubs who have also issued their own coins. And it may be precisely this strategy which will help Atletico Madrid to their fans accept it more quickly with this new tokenization. Many times, the biggest obstacle that they have these clubs when they start with any project of tokens in-house is that your customers do not feel very attracted by the idea. However, each day that skepticism has been declining among the population. And if in addition he adds an element of fun that emulates a popular game cell phone, it can be said that the Fan Tokens have a good chance of success.

Building the road to the tokenization

If the proposal Atletico Madrid’s success, it would introduce a high number of people to the concept of tokenization. This could cause a chain effect on where many of those users can begin to make inroads into the digital market. Thus, their horizons could be expanded to not only use the Fan Tokens, but also to participate in the market cryptographic. The following two tabs change content below. I am a student of International Studies, interested in new technologies and their impact on the world. A true believer that tenacity is the foundation of success.