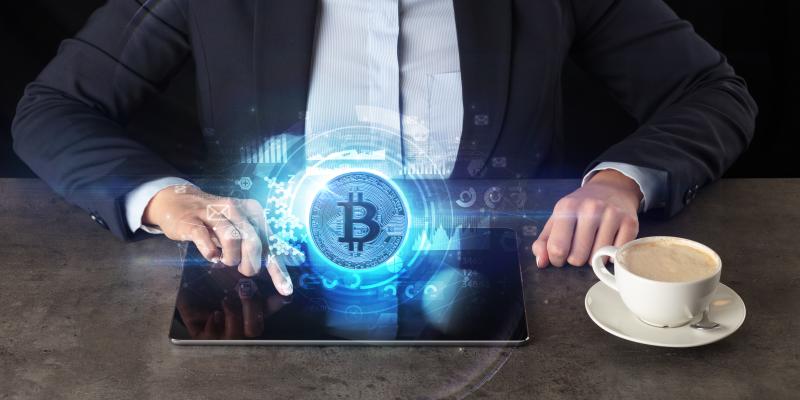 Kuhne, director of communications, points out that Ballet is a wallet for inexperienced people.The wallet has been branded as “unsafe” by some members of the community bitcoiner.More than a month of its launch, the wallet Ballet has given a lot to talk about in the community bitcoiner. The device, created by Bobby Lee —co-founder of the house of change china BTCC— has been labelled as “unsafe” by some users of Bitcoin. Criptonoticias contacted Robert Kuhne, communications director of Ballet, who responded to criticism relating to the security of the wallet, and clarified details on the design of the device.The controversy began weeks ago when personalities like Alistair Milne, the group BTC Sessions, the White Rabbit and the engineer Diego Gurpegui complained that Ballet does not provide the basic security necessary to operate with cryptocurrencies. The wallet works with your private key, also known as the phrase of recovery, pre-recorded. The company is in charge of generating such a key is the time that manufactures the device, supplying the data to the time of delivery.Due to the above, these bitcoiners point out that there is a possibility that a third party may copy or filter private information. Also, point out that the wallet goes against the decentralization of the funds; since the users are not technically the only one that knows its private key and, therefore, does not have total control over your money.The representative of Ballet, Robert Kuhne, believes that the ecosystem is not taking into account that Ballet has been devised for common people. The objective of the company, says Kuhne, is to promote the mass adoption, even in those who fail to understand the technical operation of the technologies based on the blockchain. To do this, says the executive, developers have had to take unpopular decisions regarding the design of the wallet.

A wallet for those who don’t know Bitcoin

Ballet is a wallet physical non-electronic very particular, as it seems at first sight a credit card. However, instead of allowing them to handle money fiducidiario deposited in a bank account, allows users to manage cryptocurrencies. Kuhne says that its design was conceived with the idea of providing a device that is easy to understand for the common people who have no prior knowledge about Bitcoin.The wallet’s Ballet, the sensitive data are printed on the device. Source: Balletcrypto.com.Because of this, Ballet has to be a “storage solution easy, reliable and secure”, stressed the director of communications. In view of the wallet looking to promote the widespread adoption of the cryptocurrencies, Robert Kuhne confirmed that the developers made concessions to meet the needs of a new audience. The goal of the company is to offer a product understandable for those users who do not master the technology or have access to a computer:

People with fitness computing average or poor are the majority of the population. The use of Bitcoin appears to be simple for people in the industry, but the technical proficiency required minimum is a barrier of entry for a large part of the mainstream. The competition insufficient greatly increases the risk of loss, whether by theft or user error.Robert Kuhne, director of communications of Ballet.

Kuhne stresses that the lack of technical knowledge in novice users is a vulnerability that should be taken into account in the ecosystem. Owners of novices are exposed to the loss of funds by theft or user error, as well as may also run the risk of losing your private key if they do not understand the importance of this component.Ballet have the goal of reducing this type of risk by offering a basic service and direct-use, features present thanks to the current design of the purse, says the director of communications of the signature.

To make the ROYAL Ballet Wallet (our first issue) is easier and more secure for our users, we take design decisions that some have criticized. The two main criticisms of our wallet are the private keys are pre-generated for the end user and encourage the re-use of addresses. We fully understand these criticisms, but to make a wallet physical, not electronic, that does not require any computer setup, it was necessary to design our product this way.Robert Kuhne, director of communications of Ballet.

With the aim of avoiding that the design of the wallet Ballet becomes a vulnerability, Ballet has security mechanisms alternate, according to its director of communications. All devices Ballet generate your private key in a process of two factors (2FKG), explains Kuhne. The wallet has two distinct components, known as encrypted key (EPK) and recovery phrase. These elements are generated in different locations, making it very difficult for an employee or malicious hacker to have all the data to have access to a wallet.

Kuhne also added all the information of the private key is deleted from the hard disk employed in the time of the issuance of a lot of purses. Also, says, to make sure that there will be no filtration, the company is responsible for destroy all hard drives after the delivery of the purses.The director recognizes that this method of security may be insufficient for an expert in Bitcoin. However, you can get to support the funding of those newcomers, that just want to start to understand the technology. In this sense, Kuhne believes that the controversy is not centered properly in the security of the wallet Ballet, but in the confidence that is deposited with an intermediary.

“Security and trust are not the same”

Robert Kuhne believes that those who criticize the wallet Ballet confuse the concepts of security and trust. According to his vision, the critics “do not speak of the vulnerabilities specified in the design of the product, they just say they do not trust the intentions of the Ballet company”. Kuhne believes that critics are not questioning the manufacturing process of the product, but the concept of trust in the other.One of the features of Bitcoin more defended by the community is its decentralization. The technology of this criptomoneda allows users to make transactions without the need of relying on a third party. In this way, it eliminates the need for trust in a company, institution or person. However, there are still companies and projects that offer centralized services to exchange, buy, sell, and manage bitcoins, such as exchange houses and purses with custody. Ballet belongs to this class of systems, whose users have to trust in the transparency of the company.

It is true, the users must have confidence that Ballet is honest about the key generation and the process of manufacture, and that does not keep copies of the private keys. But there is a trust requirement for every company in this industry, including the wallets of hardware, software, and exchanges of custody.Robert Kuhne, director of communications of Ballet.

Kuhne also considered that users always have to put some trust in the company no matter how decentralized is the device or network they use. For example, the director points out that when you use a wallet traditional hardware also has to be trust in the companies. Because the device is the one that generates the private key and not the user, the owner must trust that the wallet has not been compromised. In this sense, believes that Ballet is no less or more secure than another project of the ecosystem.