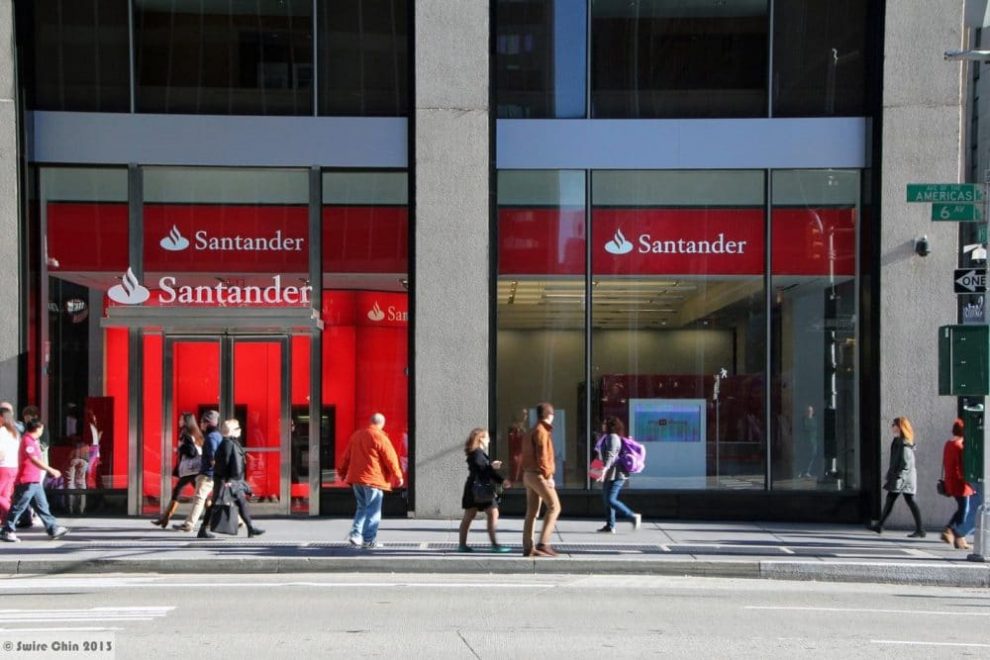 With the automation of the bonus, the institution explained that it reduced the involvement of middlemen.Another company of the group used a series of tokens CKD-20 to complete the investment.Banco Santander used the public network for Ethereum to issue a bonus of $ 20 million in a process that involved money trust to be bought by one of the subsidiaries of the group.Through a press release, Banco Santander announced that it used a token of Ethereum to represent the bond issue, another company of the group bought it with a series of tokens ERC-20, which represented the cash used to complete the investment, which was kept in a custodial account. The group company that purchased the voucher, used a coupon quarterly 1,98% that was tokenizado.Santander Corporate and Investment Banking (CIB), the global division of the bank that gives service to corporate and institutional clients, and led the broadcast, after advancing in a job which began the laboratory blockchain of Santander in 2016, as reported by the institution.With the automation of the bonus has a year of maturity, the institution explained that it reduced the involvement of intermediaries that are typically involved in these operations. The objective of the Santander CIB is working with innovative clients and to move from the project phase to the product development.

Our customers increasingly demand the best ideas and technologies to help them in their efforts of raising capital. This bond issued with Blockchain situated to Santander at the forefront of innovative firms in the capital markets and is a signal to our customers that we are the best business partner in the field of digital conversion.José María Linares, global director for Santander Corporate & Investment Banking.

Ana Botín, chairwoman of Banco Santander, used his Twitter account to applaud the achievement of the institution:

Another first from Santander: a bonus #blockchain that will exist in the chain of blocks up to the maturity. Allows the automation that has the potential to make capital markets more efficient, cheaper, faster, and, therefore, allows small businesses more affordable access to finance. #oecdblockchain.Ana Botín, chairwoman of Banco Santander.

Another first from Santander: a #blockchain bond that will exist on the blockchain until maturity. It allows automation that has potential to make capital markets more efficient, cheaper, faster and thus allow small companies more affordable access to finance. #oecdblockchain https://t.co/uEinyxo39t— Ana Booty (@AnaBotin) September 12, 2019

For this project, Santander received support from Nivaura, a startup regulated and has its headquarters in London and develops innovative solutions that digitizes and processes in the capital markets. It also advises legally to the office of global law Allen & Overy.Another development was announced by Santander last July 31, when he completed his first transaction BPU based on a blockchain, through the financial resource we.trade, through a contract smart between a bank customer and another of the Nordea Bank in Sweden.With the digital platform we.trade, the bank simplifies the international operations of companies, allowing closing orders, establish the terms and conditions of the operations and access to other international financial services.

A Blockchain to sell debt

Last year, the World Bank, and the Bank of the Commonwealth of Australia announced a string of blocks-based, private in Ethereum, to facilitate the issuance of the bonds, with which he gave his initial step to bring the manual process of issuance and management of the financial instrument to levels of automation, faster, and cheaper.The bank used the string blocks private to issue an instrument digitizing of debt, called Bond-i, a contract smart self used to process the payments of coupons during a prolonged period of time.Subsequently, the credit institution French specialized Societe Generale SFH issued a bond of eur 100 million (USD 112 million) as tokens of value in the blockchain of Ethereum (ETH). The company announced the development on its web site last April 23.The objective of the transaction was to investigate a more efficient way of issuing bonds, which would facilitate greater transparency and a greater speed in the transfer and settlement, as reported by the financial institution.