Binance announced this Thursday, December 12, the launch of its new platform, identified as Latamex, through which it will offer the service of buying and selling of cryptocurrencies using money fiat local in the Latin America market. The service, in the first instance, will be available to the brazilian real (BRL) and argentine peso (ARS). Meanwhile, in Colombia and Mexico will be able to use local currencies to buy bitcoin through the kiosk Paxful.In a statement posted on its official blog, Binance revealed their plans with the platform Latamex, which form part of the service Binance Fiat Gateway and joins its other partners of gateway trust: Simplex, Koinal, TrustToken, Paxos and Paxful, in addition to being the result of a partnership of the exchange house with the network of digital assets for Settle Network.From now on users can access the new service of Binance by directly entering to the platform, in order to buy or sell BTC, BNB, ETH. Also includes the criptomoneda anchored to the dollar, BUSD, approved by the Department of Financial Services of New York, as announced in the press release.

There is a great need of cryptocurrencies in Latin America, especially for financial access. Approximately 50% of the american population does not have banking services, and Latamex is a response to the demands of our users and the current climate of the market. Work with Settle Network allows us to close instantly the gap between fiat and crypto to merchants in Latin america.CEO of Binance, CZ (Changpeng Zhao)

Binance also associated with the house of change P2P bitcoin Paxful, with the purpose of adding new ways to buy cryptocurrencies, as announced by both companies in a formal way. Therefore, the kiosk virtual Paxful will serve to Binance as an access ramp additional fiat to cryptocurrencies to its users in Latin America and countries in other continents.The association between Paxful, and Binance promises to facilitate the payment trust with over 167 currencies. To begin, the users of the platform will have access to the colombian peso, the argentine peso, the mexican peso and the Russian ruble, in addition to the vietnamese dong, the indonesian rupiah, the naira nigerian, including the pound sterling, the canadian dollar and the euro. 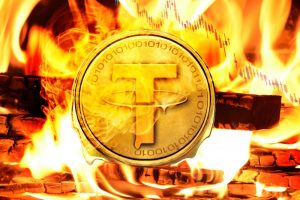