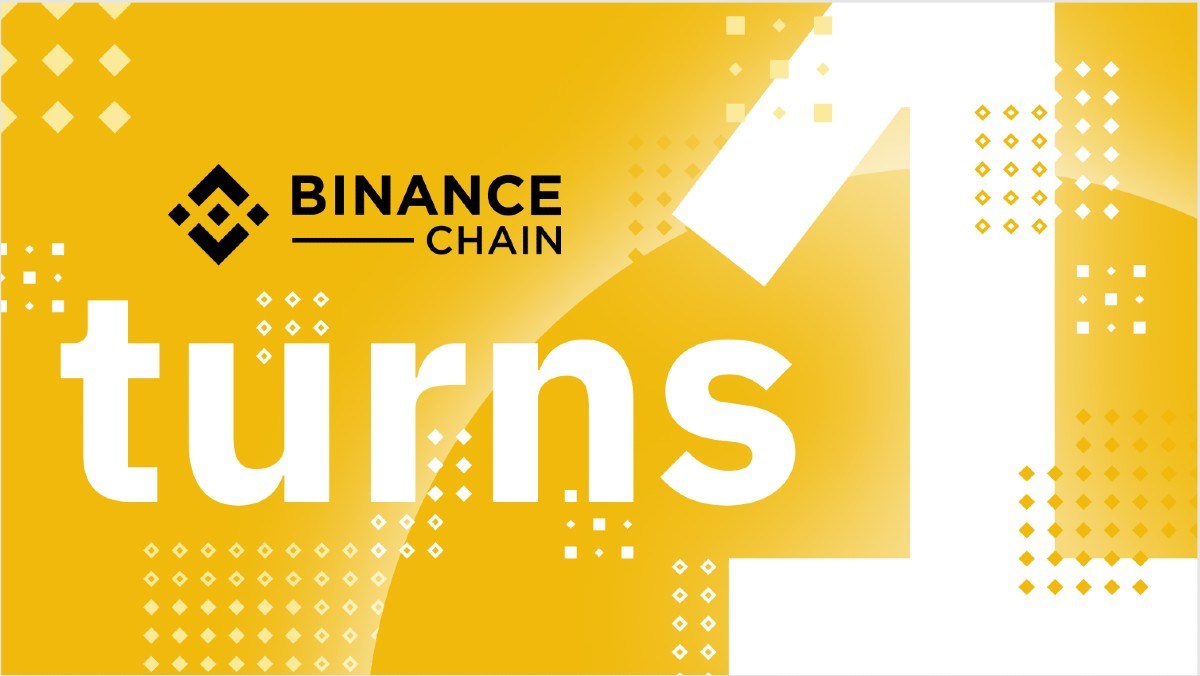 Binance Chain meets 1 year of successes to seeing it grow Binance DEX as the main market decentralized cryptocurrencies in terms of volume. Yesterday, Binance made a publication in which it congratulates the community of Binance Chain for the achievements made during its first year of existence.

What was accomplished during its first year?

According to the blog post, Binance Chain and Binance DEX have been achieved in terms of numbers the following: 80.000.000 ‘block height’, which is the number of blocks in the chain between any given block and the first block of the Blockchain77.000.000 transactions ejecutadas480.000 direcciones110 tokens listed in Binance DEX135 pairs trade (BNB, BTCB, Stablecoin and commercial markets alternative)800.000.000 USD in trading volume

How was your evolution and the obtaining of support?

Like any project, the support of the community is critical to your success. According to the blog post, Binance Chain achieved four critical updates that improved the experience in the use of its Blockchain. Galileo: This update was performed in July 2019, at which time they launched the concepts of ‘Market maker’ and ‘taker’ in seeking to improve the experience in the use of Binance DEX.Hubble: This update was carried out in August 2019, at which time the community stabilized the processes of synchronization and there was a safety improvement.Archimedes: This update took place in October 2019, at which time they are introduced to the ‘atomic swap’ between Blockchains that have support for Contracts Smart and Binance Chain.Heisenberg: This update was performed in November 2019, at which time the improved performance of the Blockchain and eased regulatory restrictions for the listing of transactions. All this at the same time it further strengthened its commitment to the development of open source. In addition, Binance Chain secured the backing of the largest exchange in the world, with the launch of the ‘BEP2 Community Listing Program’. This programme was informed since that allowed the most successful projects have the opportunity to appear in Binance.com. Obviously, this had a positive impact for the project and contributed to its growth. Moreover, the introduction of the token-BEP2 “backed up and linked to the main cryptocurrencies that have their own Blockchains including Bitcoin, Ethereum, Ripple, Bitcoin, Cash, Litecoin, EOS and Tron” provided important opportunities for Binance DEX. All of this has contributed to that, at the time the that meets 1 year, has more than 5,000 members, more than 63 BEP, 29 wallets that support Binance Chain and 7 SDK.

Just a day before the anniversary, announced the launch of Binance Smart Chain, as was reported by CriptoTendencia. So, “the next step… involves adding programmability compatible with EVM and interoperability between Blockchains of Binance“. In addition, the community is working on the development of token mini-BEP2 with the goal of supporting small projects and promising.