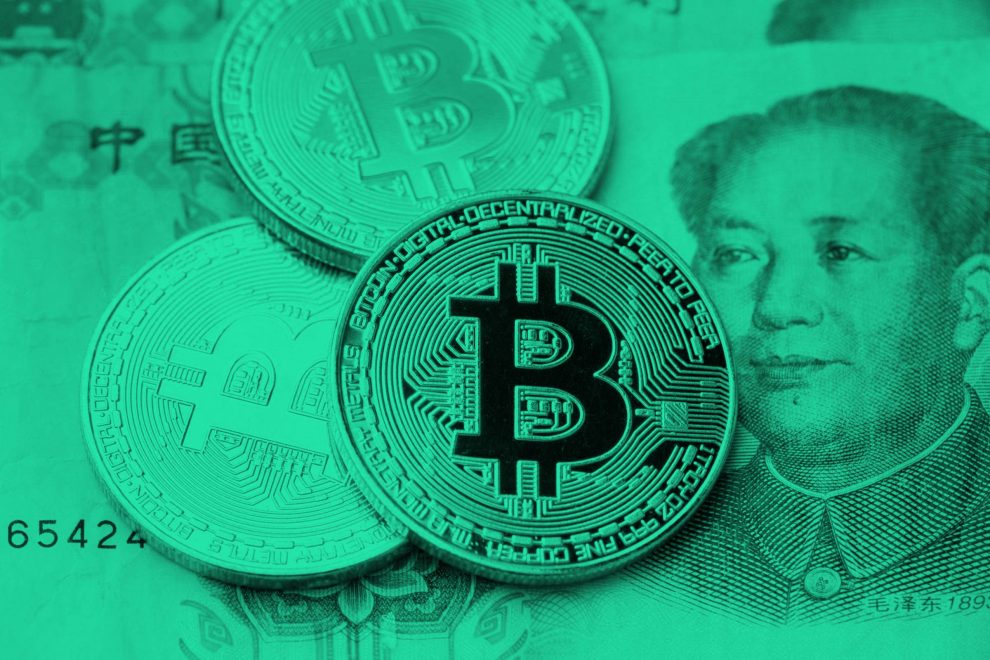 At least since the last speech of the Chinese President Xi Jinping should be clear to everyone that the country is the center spares no efforts and costs, the leading Nation in the field of Blockchain technology and Bitcoin? to be. While with us, yesterday, happily, the beginning of the “fifth Season” was celebrated, there were from China, even a double reason for joy. Let’s go!Published for the international market research firm IDC a report stating that China would like to plug in by 2023, a whopping 2 billion dollars in the development and promotion of the Blockchain. On the other hand – and this is probably (still) bullish here message – adorned Bitcoin on the front page of the largest Chinese newspaper, Xinhua.

Bitcoin and Blockchain Boom in China – The big hit

When the Chinese President speaks in Public (or at least the media) about a subject, then this does not happen out of pure coincidence. Rather, it is a clear message that the government sent to the Chinese Central so. It is the message that the topic is of such relevance that the highest officials themselves take care of the issue.One such event happened just a few weeks ago, when Xi Jinping in a meeting of the Communist party of China declared that he can see the Blockchain as a Central theme for the coming years and the technical development of the people’s Republic. At this time, still no talk of Bitcoin and co. but.Now the market published research and consulting firm IDC, however, a report showing that China, from words to deeds. Specifically, are expected to rise in the next four years, the expenditure for the Blockchain to more than 2 billion dollars.

To get a sense of how much money is invested here in fact, let’s take a look at the single plan of the Federal Ministry of education and research. This is exactly 18.269.753.000 euros in the entire year to 2019. In short: approximately 18 billion euros.Of these, 18 billion euros 6.8 billion euros of which flow into the ‘competitiveness of the science and innovation system”, and almost the same sum in the ‘research for Innovation and high-tech-strategy’. The first category includes in particular investments in the higher education Pact 2020, the German research society (DFG), the excellence strategy, etc.so that this money flows in technical innovations.We now consider the second category of investments in ‘research for Innovation and high-tech-strategy’.There is no trust there are a number of these Figures to say and to look at. Even if we mean well and the subject of the Blockchain assign many different areas (information systems, innovation support, communication systems, research for production) we come up with – benevolent, expected around 500 million euros. While China is now focusing primarily on the Blockchain of the current distribution in the banking sector to other sectors such as logistic services extend, fights Germany, with far more fundamental problems. So far, So good. If you want to get a deeper insight on the Federal budget and its budget allocation, can do so at the following page: the Federal budget in 2019 – a single plan we come now to the subject of Bitcoin in China.You want to rising and falling share prices, and with a leverage of up to 125x act? Then Binance could be just the right address for you. The Bitcoin Future offer is in addition to the Altcoins becoming more and more popular. Binance is also one of the safest and most successful Bitcoin exchanges in the world. Now on Binance trade!

Bitcoin as a title page of the Chinese daily newspaper

Here, too, we note that there is a clear contrast in dealing with digital currencies: in Germany, Bitcoin is still seen as a danger and often in connection with illegal activities of the Darknet is called, managed to BTC now on the front page of the largest Chinese newspaper Xinhua. Xinhua is not just any newspaper, but the newspaper of the Chinese state. So, one can say that everything that is printed in this newspaper is approved by the Central government in Beijing.Now, what was the article? Was Bitcoin mentioned also in connection with illegal activities? We take a look at the Tweet by Matthew Graham, who lives in China and as CEO for Sino Global Capital works. In short: a man with knowledge of China and tremendous Know-How in the area of Finance.

Already the title speaks volumes. Instead of a Heading, á la “the Illegal war on drugs blew up a Bitcoin payment method of choice” was to decide, is dedicated to Xinhua, the title page of your magazine fully to the success story of Bitcoin.And the report shows (the English Translation is to be seen in the Tweet by Graham) as a refreshingly objective and neutral, the Chinese newspaper on the subject of Bitcoin. Instead of throwing prejudices in order, will be given an explanation on the operation and development of Bitcoin. The newspaper explains the function and the principle of Mining. Other characteristics of BTC to be called.Nevertheless – and this must be said at this point, clearly, is in the newspaper wrote that the most common Use Case of Bitcoin in use as a means of payment for illegal activities and transactions in the Darknet exists. It also highlights the high energy consumption and the high volatility of Bitcoins. In short, both positive and negative aspects of Bitcoins will be called.How can we interpret this now? Well, Yes. I think that the title and the fact that the largest Chinese newspaper reports about Bitcoin, already speaks volumes. China has become more open to digital currencies and paving with this article on the now broad Chinese middle class, the (informative) access to crypto-currencies. With this article the consciousness of millions of Chinese is sharpened compared to Bitcoin. In short: a bullisher article looks different, Bad News, however.Bullish News from the middle Kingdom. How do you think about the latest reports from China – is the Bitcoin and Blockchain Boom?Come in to our Telegram Chat and talk with the experts and the Community. Subscribe to our News channel to not miss any News. (Image Source: Shutterstock)