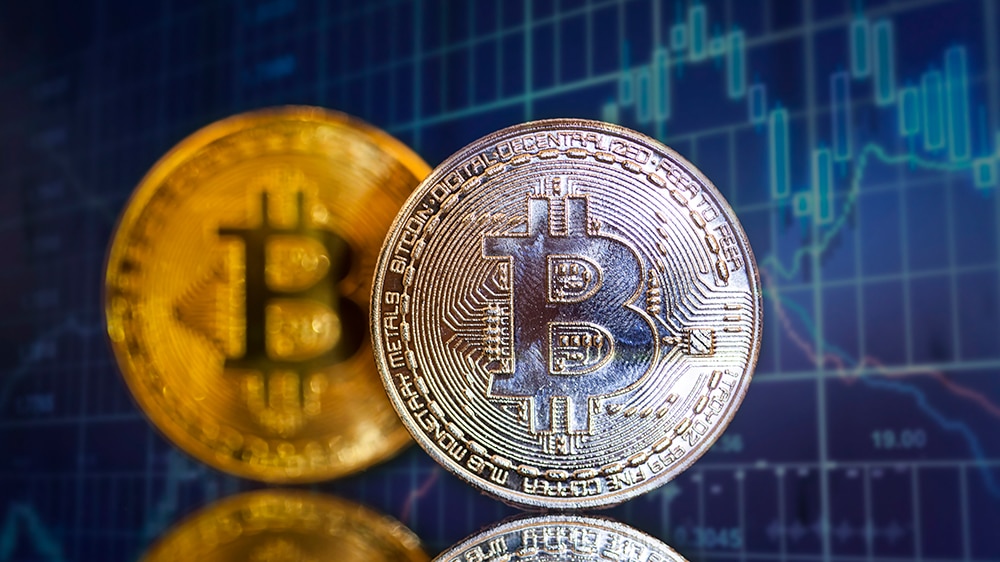 In a new bullish rally, bitcoin was beyond the 11,000 dollars, pushed by monetary and fiscal policy of the federal reserve of the united States, which has warned this week about a negative impact on the economy in the short and medium term. Among the reasons for this bleak outlook for the economy (although it has been favorable to bitcoin) highlights the supposed resurgence of the Covid-19 in that country.

The dollar fell to its lowest value in two years after the announcements of the Fed and the Bureau of Economic Activity (BEA) released the economic figures for the second quarter, confirming fears of a contraction record of Gross domestic Product (GDP) of the 32.9 per cent.

With this decrease of the GDP, registered the highest decline quarterly from the BEA began its records in 1947. Prior to this pandemic, the worst decrease in GDP occurred in the first quarter of 1958, when it fell 10%.

On the other hand, the Thursday 30 of July, a day after the Federal Reserve announced that it would maintain interest rates close to zero, the weighted index of the u.s. dollar (USDX) fell to 92,63, a value not seen since may 2018.

This index shows the strength or weakness of the u.s. dollar compared to a basket of currencies including the euro, the japanese yen, the british pound, the canadian dollar and the swiss franc. At the time of writing this article, USDX is in 93,46, which can be interpreted as a depreciation of the dollar by close to 7% from its base value of 100.

The dollar index USDX, in red) are recovered above 100 after black Thursday, but after his fall it is practically a reflection of the rise of bitcoin. Source: TradingView

Just with this context, of the USD in decline as a backdrop, bitcoin went out of their phase stability of almost three months, which kept him in the strip between 9,000 and 10,000 dollars. The same reasons that led investors to seek haven assets such as gold and help this reach a historic peak on Monday, July 27, also favoured the rise of bitcoin. The price of gold continues to climb and, for this Monday, exceeds the 1.973 per ounce.

As noted in the previous graph, the impulse most recent of bitcoin (lower graph) corresponds to a fall of the index USDX (top graph, red) of similar proportions. In this last phase the correlation of the dollar and bitcoin reaches minimum values.

The 30-day BTC ETH correlation has dropped to 2.5 year lows. The last time we saw a drop this quick and dramatic was at the start of the 2017 boom. pic.twitter.com/xplb5Gzjp0

The investment consultant Yassine Elmandjra refers to in this tweet to the correlation between the capitalization of bitcoin and ether, usually close to the unit, but that has fallen sharply in recent days. Before the recent rally of bitcoin, ether showed a better appreciation than BTC.

When overlaying the correlation between ETH and BTC and the cap combined market, Elmandjra stresses that a low gruff of such a correlation has been preceded by a boom bullish important, such as the one that led to the historic highs in the price of these cryptocurrencies in December 2017. This leads him to infer that an approaching upturn in prices important.

Bitcoin as a store of value

The fund manager Fidelity, which manages more than $ 7 trillion in assets, released this week a Thesis of investment in Bitcoin, in which describes this criptomoneda as “a store of value aspirational”. The report published on Tuesday, July 28, explores the characteristics that position Bitcoin to play that role in the future, and consider whether it is effectively used today as a reserve of value.

Fidelity explains some of the reasons that make bitcoin attractive as a potential store of value. The first mentioned is their scarcity: “scarcity of Bitcoin was codified in the protocol when this was created”, the report points out. It also mentions external factors that accelerate the interest and investment in bitcoin, as “unprecedented levels of fiscal and monetary stimuli, of unknown consequences”.

Future of BTC will soar

In correspondence with the bullish momentum in bitcoin this week, and futures markets the open interest related to this criptomoneda have also shown the rise. The markets Bakkt and Chicago Mercantile Exchange (CME) are reporting new caps in contracts traded and amounts traded.

The futures market for bitcoin in Bakkt experienced in July a major growth following the advance of the criptomoneda. Source: Skew.

Bakkt, a subsidiary of the Intercontinental Exchange (ICE), the company behind the Stock exchange in New York, who came to settle a daily average of USD 23 million in futures contracts in the month of July, applied to the 27 of July contracts for USD 134 million.

For its part, the average volume of daily operations for the future of bitcoin in CME increased the Monday 27 to 1,300 million dollars, 10 times higher than that negotiated in Bakkt.