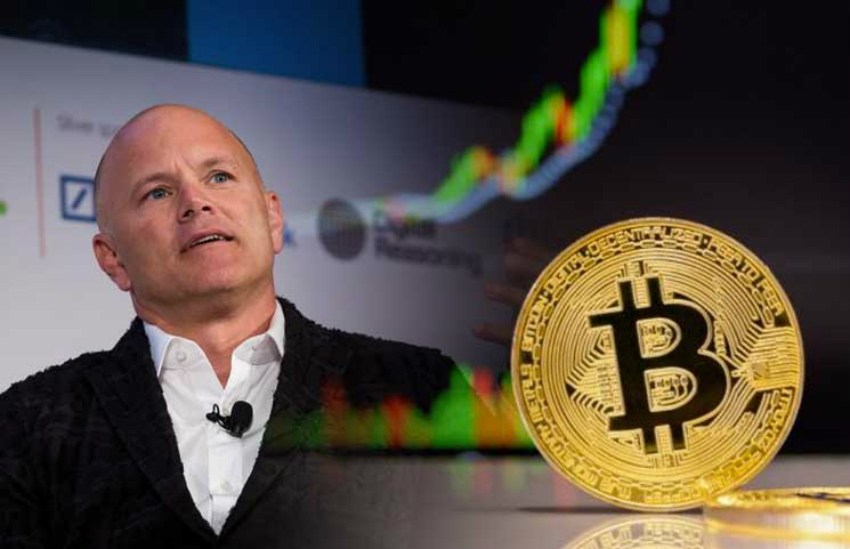 In recent statements, we were able to observe how someone who claimed to defend the criptos, stabbed to Bitcoin. We refer to the strong comments by McAfee. And this trend have expressed to other individuals by the networks. However, there is a person who keeps in his heart the coin, being Mike Novogratz, and explains why.

During an interview with Bloomberg Television, the former partner of Goldman Sachs, Mike Novogratz, who is the Founder, President and CEO of the commercial bank focused on cryptocurrencies Galaxy Digital, spoke about why he still loves Bitcoin. In its comments posed by its relationship with the gold and Bitcoin, why he prefers Bitcoin to altcoins, and how your company trades using blockchain. The interview was conducted by Erik Schatzker, guiding the questions and the topic.

His love for gold and Bitcoin

Novogratz, who has advocated for a long time to Bitcoin and sees it as “digital gold”, once more took advantage of this opportunity to profess his love for the gold and Bitcoin: ” … I Still love gold … Still I love Bitcoin because we have too much liquidity and we are degrading our currency with the time… And that is why I should like gold and Bitcoin”. Thus showing that his love for Bitcoin has as a base the gold, given that it sees as similar, only one is digital.

When asked Novogratz what are the graphics that tell you about Bitcoin at this time, this was his response: Bitcoin had its bubble in 2017, and has now become an asset. It is a weapon in the portfolio of people. It is a gold version: what we call ‘digital gold’, and we’re installing piping throughout the system to allow more and more people to buy, to negotiate. It trades much better, is not traded as if we were in a speculative bubble. Is pointing higher. Jumps a bit, recovers. It seems that there is a little bit below the market, so I’m excited by the way in which they deal… If it had not been recovered in Iran, if it had not been recovered during this virus, I would have been nervous, but he did. And so, I am gaining confidence in the position of Bitcoin. Schatzker then asked Novogratz if Bitcoin is the criptomoneda “winner takes all“. Novogratz answered: I Think that Bitcoin is its own lane as digital gold, and by far, you will have the capitalization largest market. Listen, the gold has a market capitalization of $ 9 billion. The world’s best companies are a billion. Therefore, there is a reserve of values: there are very few of them. There is nothing more like gold. The rest of the periodic table of silver to copper, and everything else you need to a use case. The other cryptocurrencies need a use case, and you will be a few years away, three, four, five years before you really start to see the ecosystem Blockchain changing the world. He continued by pointing out that this does not mean that you are completely ignoring the other cryptocurrencies and only focus on Bitcoin: “We are making major investments in the surrounding infrastructure of Blockchain. I believe that to be a company in this space makes a whole lot of sense. This is all in an early stage. Remember that the Internet bubble was in 1999. We didn’t get Facebook and the iPhone up to 2005, 2006 and 2007. We are in that gap period, but you are creating tons of things, and is a space exciting.” The following two tabs change content below. I am a student of economics, interested in innovation and technological development, always faithful to that tomorrow will be a better day.