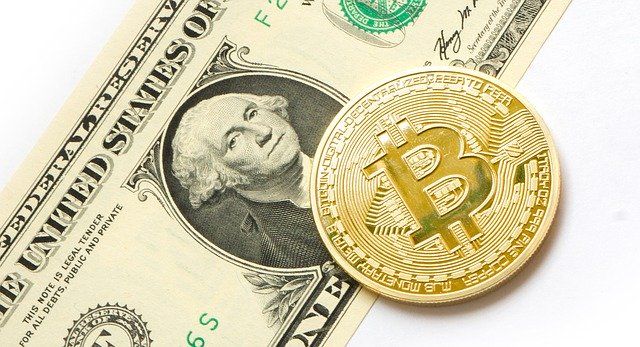 Bitcoins visit within the five-digit range at the weekend, was expected by most. A higher weekly candle does, however, support the assumption that the rally is real, and further gains are to be expected.

Bitcoin has reached 10,200 dollars is already a new high for the year 2020. This is the highest price since the increase in the end of October, which was triggered by the public Blockchain-praise the Chinese President.
Prior to that, the Bitcoin price was at the end of September last at about $ 10,000, so the most recent step marked a four and a half-month High. Since the beginning of this rally in mid-December, Bitcoin has risen to 54 percent.
According to Tradingview.com BTC trading now well above the moving 50-day and 200-day average, as the increasingly upward trend. The weekly candle is also interesting because it signals a new, higher High – which is another strong sign that the rally is real.

Then, in October, the candle closed at its peak, suggesting that FOMO has driven the dynamics of the China-effect. This time it is different, since the gains were slow and steady – this has led to a strong end of the week, the fourth this year.
The 10,000 Dollar mark is psychologically important, because Bitcoin has spent so little time there. The popular crypto-currency investor “Ceteris Paribus” (@ceterispar1bus) has recently pointed out in a Tweet on it:

While people in the mainstream believe the majority of Bitcoin investors have gotten rekt, keep in mind that it’s only traded above today’s price on 170 days, less than half a year.— Ceteris Paribus (@ceterispar1bus) February 9, 2020

Where are the Bitcoin prices next?

Analysts expect further price gains. “Cantering Clark” (@cantering Clark), calculated five days in a row on greed and an increase to $ 10,500. Of course, after such a persistent movement upward is also a retreat in the four-digit range is expected.

“If I were a rock wall to climb, I would want me to constantly re-anchor. The same idea with assets is a base to build on.“

5 green days + Right at that 3M range of POC and what was the most agreed upon fair value for that period.I expect 10.5 k but I so expect 9.5 k again at some point.If I was climbing a rock wall I would want to constantly re-anchor. Same Idea with assets, build a base. $BTC pic.twitter.com/AimNav4SFl— Cantering Clark (@cantering Clark) February 10, 2020

The next level of resistance is currently 10.800 dollars, but beyond that he could achieve with very little effort, up to $ 12,000.
On the low side could be $9.400 as a solid Support area, since BTC has recently and at the beginning of November and spent several days there. Since Bitcoin Chart is now on the weeks-to the higher Bollinger Bands, he could move back in the direction of the center before it continues upwards.