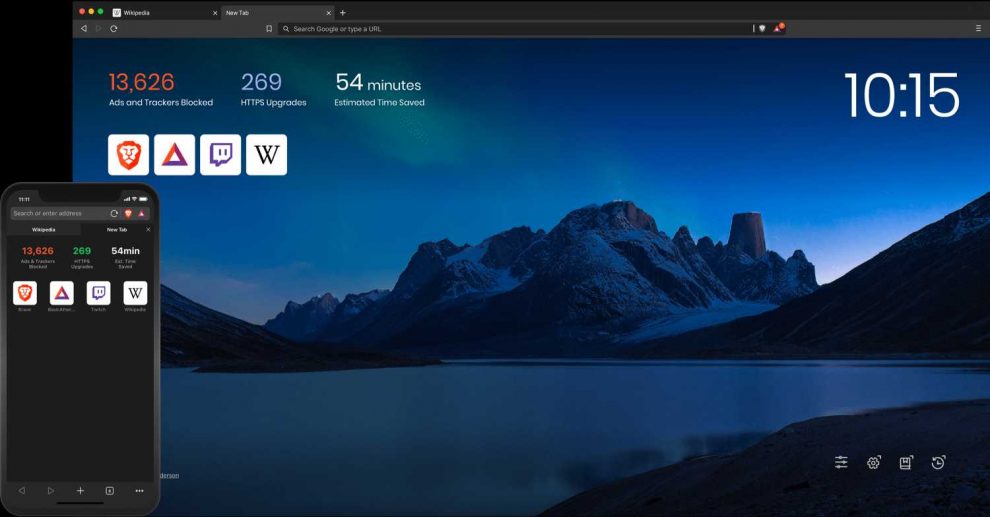 Among the sites referred to by Brave stand out Binance, Trezor and Ledger.

The links referred to generate commissions or benefits in each site.

The navigator Brave, focused on the privacy and the elimination of unwanted advertising, including links referred to in their “suggestions” of websites, particularly to promote their links to sites associated with the ecosystem of the cryptocurrencies.

Through Twitter, there are already a variety of messages highlighting the finding of any link, referral of the Brave. The first post was the tweeter @cryptonator1337. In several messages, this person highlighted to have found this type of links leading to the site of the house of change Binance in their domains .us and .com.

Brendan Eich, co-founder and CEO of Brave, responded to the controversy generated by the discovery in the same social network. In a thread of tweets, the executive defended himself by claiming that it is an “error” in some forms of auto-completion associated with the widget-sharing Binance that integrated the browser in march of this year, as reported Breaking News.

Eich added that in the Brave seek to “build a viable business that puts users first”. This includes “bringing new users to Binance and other exchanges through the widgets negotiation optional”. According to the representative of the Brave, the auto-fill option should not “add anything”, in reference to the presence of the links referred to.

But the case did not stay there. Some bitcoiners shared equally in the social network the code of the Brave, available on Github, showing that it is not only links to Binance, as argued by the representative of the company.

“It seems that there is an error very isolated,” wrote the director of research of The Block, Larry Cermak, in the aforementioned social network. The list of links referenced in the Brave also includes the sites of Ledger, Trezor and Coinbase, added Cermak.

Rejection among the community

The links referred to are used by various sites, they reward those who make advertising your site through commissions on sales, offers, and other benefits. Basically, if a new user completes a purchase, or perform any action required, the platform may reward the user that led to that person through your referral link.

It is a common practice among creators of digital content, such as media, youtubers and bloggers, for example. However, the questioning widespread among users is how to Brave what has been done in a hidden manner.

In addition, many users have complained of the practice of this browser, ensuring that contrasts precisely with its postulates in favor of the privacy of users and the battle against the invasive advertising and unauthorized existing in other platforms.

For example, the bitcoiner Luke Childs noted on Twitter that a common practice is that those who use links of concerned to notify its existence to its users. “Your own browser to try to trick you silently for that visit these URLS behavior is really unpleasant,” said the tweeter.