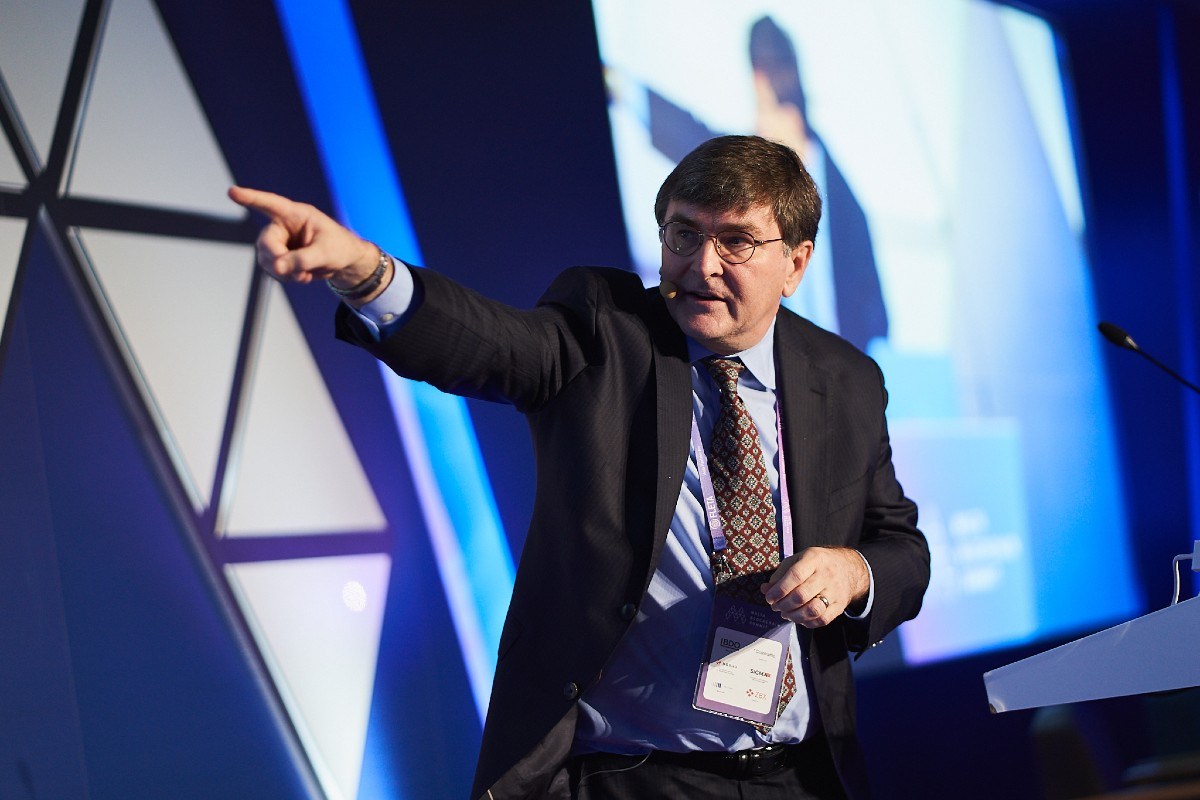 The co-inventor of Blockchain, Scott Stornetta, explains about the origin behind the name “Satoshi Nakamoto” is and why he is not. The identity of the inventor of Bitcoin is probably one of the biggest enigmas of the Internet, and the history of digital technology. Rather, it seems to be a spirit on whose substance they weave myths and legends.

Who is Dr. W. Scott Stornetta?

He was a visionary ahead of his time, so ahead that, in 1991, he already spoke of the technology Blockchain, which has led him to be considered the “Father of Blockchain”. In addition, he is a renowned physicist, scientific researcher and a notable figure in the science of cryptography and distributed computing. One of his most outstanding was at Bell Communications Research (Bellcore). A company specialized in the research and development of telecommunications. Mainly Stornetta served as a research scientist. After this, and until today, he continues his role as a researcher to improve the current situation of the technology. Considering that its potential can be exploited even more of what we know until now.

In 1991, Stornetta next to Stuart Have developed their first job. Which consisted in the creation of a chain of blocks that was protected cryptographically. Many of the principles proposed in this and other later documents were used by Satoshi Nakamoto. However, long before Bitcoin, Huber and Stornetta they started their own network of Blockchain that is considered the first of its kind, and that still works until today.

As a recent convert to The Church of jesus Christ of Latter-Day Saints (Mormon Religion), Stornetta went as a missionary to Japan, that enabled him to speak fluent japanese. Then he gave him a job as a translator of patents. Discussing possible interpretations of the name “Satoshi Nakamoto”, explained Stornetta: “you Can buy a comprehensive dictionary that there is only a japanese name. And then Satoshi could have 20 kanji different to support it. But, naturally, I’m inclined to think that ‘satoru’ is a japanese word ‘know’, ‘to be wise’”. On the other hand, the surname “Nakamoto” is a japanese name very common, simply “like Smith or Johnson.” However, if one divided in kanji, a possible interpretation would be: “‘Naka’ obviously means that the center of, ‘moto’ is the origin of“. Similar interpretations gave rise to an idea conspiratorial that Bitcoin was created by the Central Intelligence Agency (CIA).

Why not I am Satoshi

Stornetta explained that, although his work and fluency in japanese made him a perfect candidate, he has always denied unequivocally. In addition, he presented an ideological argument about why it was not Satoshi: “And so, a large part of our approach focused on the ability to renew perpetually the integrity of the registry over time for the logs to last for decades, if not centuries, and we will survive the rugged computing, quantum and all those things. And that is something that Satoshi didn’t pay attention at all.“

Several developers have been suspected of being the person behind the pseudonym Satoshi Nakamoto, but all have denied this possibility. Perhaps the most famous of all, and not in a positive way is Craig Wright, best known as Faketoshi.

Outstanding cryptographer of the us. To begin with, is the designer of the so-called “bit gold”, where a participant could devote computational power to solve puzzles, cryptography to validate the transactions. Something identical to Bitcoin, in fact. It is also considered the father of the Smart Contract. This, coupled with the facts that I used to use pseudonyms in 1990 and was one of the first supporters of Bitcoin.

It’s a brilliant engineer, computational that has made multiple contributions to the field of cryptography. But perhaps the best points is that his name already appears from the White Paper of Bitcoin, as the creator of “b-money”, the predecessor of the first criptomoneda and that was used as a reference for your design. However, Dai has not only denied being Satoshi, but considers that this does not even read well on your proposal before you reinvent yourself.

It was a cryptographer and enthusiastic activist, inventor of the first system Proof of Work (PoW), which would then be implemented in Bitcoin. In addition, he was the first person to receive Bitcoin and one of the first developers of the software.

Is a computer scientist and entrepreneur from australia. And while it seems to possess the necessary skills, his eagerness to appear in public and declare Satoshi Nakamoto without strong evidence to disprove the ideology. Stornetta said that does not know the identity of Satoshi Nakamoto, and still ruled out to Craig Wright: “I don’t think that is Craig Wright, put it this way”. He believes that we should try to understand the vision of Satoshi about Bitcoin to understand how to move forward. In addition, he believes that Bitcoin is more art than science: “I Am on the side that believes that what was done with Bitcoin was surely a great work. But it’s more like a work of art, a masterpiece of engineering that opens the door to a number of possibilities, but in no sense is the best final solution that you can build“. Although Stornetta may not be Satoshi Nakamoto, his work is fundamental to Bitcoin and all the field of the criptomoneda. But it is clear: Satoshi Nakamoto is the father of Blockchain.