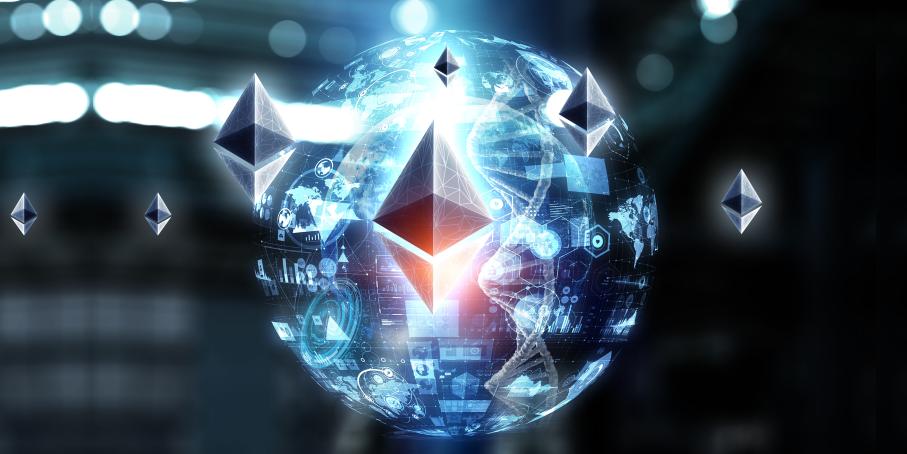 The developers of Ethereum will carry out the bifurcation to ProgPow, despite the denials.Opponents to ProgPow consider that this is a change that will benefit only the miners GPU.After more than two years of discussion, the developers of Ethereum have decided upon a definite date to implement the proposal ProgPow. The new algorithm, which seeks to reduce the number of ASIC in the network, it will be incorporated in a fork does the next month of July.The Test Work Programme (ProgPow) is an algorithm designed to benefit the mining hardware core (GPU) on mining with specialized devices (ASIC). The proposal was introduced in the year 2018 as a solution to keep decentralized the processing power of the Ethereum.In view of the ASIC concentrate large amounts of hashrate, some members of the community of Ethereum are considered a threat to the good functioning of the network. These devices can be used for attacks of 51%, where one or more mining concentrate a large amount of processing power that would allow them to manipulate transactions.Due to its high performance, the miners ASIC also tend to concentrate higher profits, while reducing the profitability of mining with the GPU. Because of this, ProgPow poses a design where its processing requirements are adapted to the miners GPU. In this sense, the mining with ASIC loses profitability with profits minimal, while mining with the GPU is gaining ground. That is to say, invests the scale to make resistance to the miners with specialized devices.

July is the month of changes

At the last meeting of developers of Ethereum, held last February 20, agreed to implement the proposed PID 1057 to introduce ProgPow the code of the blockchain. They decided to carry out two forks hard between the month of June and the month of July, 2020, reported James Hancock, who is also the coordinator of hardforks in Ethereum.The first branch, called Berlin, will perform technical updates on the network and will prepare the community for the deposits in the blockchain Ethereum 2.0. Standalone, on the other hand, will be a branch focused solely on the change of the algorithm; thus introducing the mining ProgPow to Ethereum.

This call was a beefy one! Thank you for the live recap!At the end we discussed a proposed fork schedule.
– Berlin: includes BLS Precompile upgrade some time in June. This preps for the Eth2 deposit contract.
– Standalone Progpow upgrade the following 3rd Wed https://t.co/fanKs7Cdk9— James Hancock ? (@JHancock) February 21, 2020

To be carried out as planned, Ethereum would start to use the algorithm ProgPow at the end of the month of July. This is the same date that is scheduled the launch of Ethereum 2.0, the new network that will use the Proof of Stake (PoS) to approve transactions and creating new blocks.The current conditions of the network and the upcoming developments of the Ethereum make ProgPow is a proposal controversial. The new algorithm enjoys popularity among the core developers, who were the ones who approved its implementation last weekend. However, some users of Ethereum is against ProgPow, considering that it is an outdated update. Even, some critics have even suggested that the update is being financed, since it seeks to benefit only to companies and miners to use the GPU.

The voices that say “No to the ProgPow”

There are many users of Ethereum that are opposed to the implementation of the algorithm ProgPow, highlighting among them famous personalities such as Ameen Soleimani and Eric Conner. The common argument among those who are opposed to this proposal, is that the ProgPow is an outdated update.

Let’s be clear,We’re years away from PoS on Ethereum. Asics are already there. This situation is a textbook definition of core devs being in an echo chamber.It’s to late for #ProgPoW.— Marc ‘aDai is Money’ Zeller (@lemiscate) February 23, 2020

Marck Zeller, a researcher of Aave and founder of TheBlockCafe, pointed out that the developers had not updated the algorithm in the right time and now it was too late. Also, Soleimani pointed out in march of last year that this new algorithm is not a priority, since Ethereum 2.0 is also a solution to the predominance of the ASIC.The community is awaiting the launch of Ethereum 2.0, which is scheduled for the same month of the fork ProgPow. This new network also proposes a change of algorithm, passing the Proof-of-Work (PoW) with miners to the Proof of Stake (PoS) with validators. In this way, the community considers that Ethereum will be safe from possible attacks of 51% with just migrate to the new network.

Is anyone really considering changing the POW algorithm of Eth 1.0 now?I’m not interested in debating whether it is a good idea, just the fact that it shouldn’t be a priority at all for Ethereum in 2019. Let’s put all our energy towards POS pls. https://t.co/Pk1hPs0zTv— Jorge Left ? (@izqui9) January 7, 2019

Jorge Izquierdo, who is the CEO of AragonOne, also expressed at the beginning of 2019 that was much more convenient to focus the efforts on the migration towards PoS and not a change to ProgPow. In case outside little, Alexander Levin, president of gpuShack.com suggested that this bifurcation takes was funded. The measure brings significant benefit to the miners of GPUS over other players in the market, for which Levin believes that it could be being driven by the company NVIDIA to monopolize the sector.Eric Conner, of the podcast Into the Ether, he pointed out that he would not be at its node in a version of Ethereum with ProgPow. Conner believes that the mining ASICS are not a threat as strong as it is proposed, while its disappearance if you could expose the blockchain to greater attacks. In the same way, consider that the miners with GPU are imposing your vision on the community, which goes against the decentralization of Ethereum.

-risk not worth the reward (i don’t see asics as a threat and there’s risk in changing the core hash something)
-special interest capture of the gov process (GPU miners pushing this through despite community dissent)
-weaker chain security if asics removed— eric.eth (@econoar) February 23, 2020

Eric Conner commented that will leave your node is working on a version of Ethereum without ProgPow, while you wait for the launch of Ethereum 2.0 to rejoin. Due to statements of this nature, some users fear that due to the change of algorithm the occurrence of a bifurcation is not a consensus of the network. That is to say, create two parallel chains because some miners decide to continue working on the network without ProgPow. However, there is no evidence to support this hypothesis, or groups of mining that have reported similar intentions.

Who say yes to ProgPoW?

Although the arguments against ProgPoW have enjoyed popularity in the social networks, some developers and owners of Ethereum insist that this new algorithm will help the network. James Hancock, coordinator of branches, considers that the proposal should be implemented because it has already been audited, it is ready for integration and has been approved by the developers.

The opposition references we should focus on Eth2. There is an Eth1 team full time working on Eth1. Should they just stop working because Eth2 is coming?No, of course not. Nothing about this has been jammed. It has been ready for months, and already been accepted by the devs.— James Hancock ? (@JHancock) February 21, 2020

Also, Hancock considers that the fact that Ethereum 2.0 is being developed in parallel is not an excuse to stop development on the current network. Especially if you take into account that the next blockchain could be enabled for operation later than expected, taking into account the delays that you had last year.The engineer Jacob Wright also voted in favor of the change and assured that if you updated your node to ProgPow. According to his point of view, considers that the new algorithm improves the conditions of the network, and allow a smooth transaction for Ethereum 2.0. Also, some users believe that this update will protect Ethereum from any attack of 51% in the months that elapses the migration of the current blockchain to the new one.

Oh yeah, I mean if ProgPOW fails. It’s all good. ?It really doesn’t affect me in the present or near future. I just want us to have the best conditions we can have for a smooth transition to ETH2. I can be dead wrong, I’ll be relieved if I am.— Jacob Wright (@thejacobianlife) February 23, 2020

Although the social networks say otherwise, a vote in EtherChain in favor or against ProgPow revealed that the vast majority of users were in favour of its implementation. Statistics that can confirm that they will hold a fork is not consensual, as some members of the community fear.