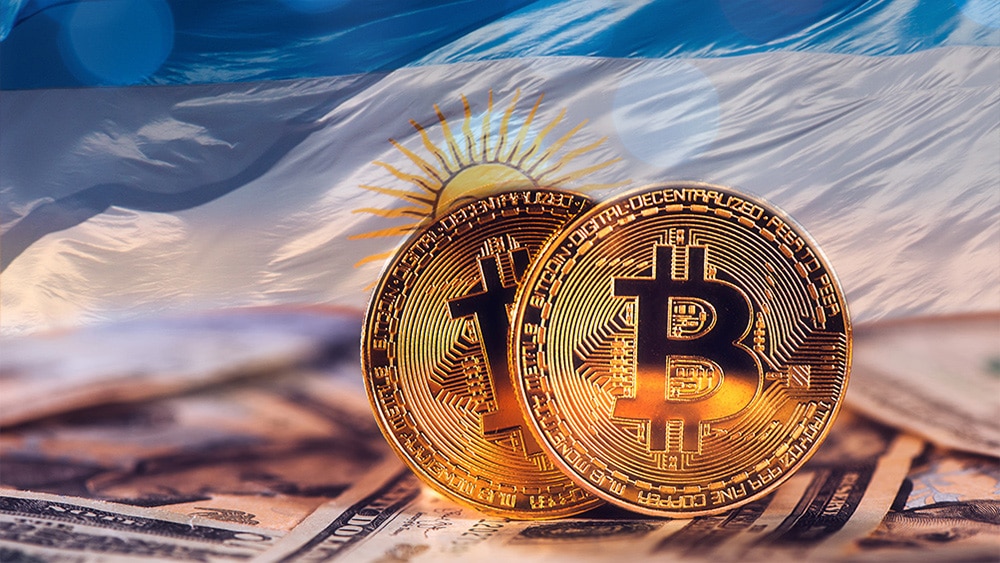 The increased use of digital payments will be a life-long habit, according to panelists to Decentralize.

The debate on the economy post-coronavirus, including the cryptocurrencies as new forms of payment.

A greater use of digital payments along with a greater adoption of the cryptocurrencies will be some of the practices that shall prevail in the world, once you exceed the pandemic coronavirus.

This was the opinion of the specialists that participated in the debate of the closure of the virtual event to Decentralize, made on the 31st of July and organized by the NGO Bitcoin Argentina.

Lucas Llach, Alberto García-Lluis Valencia, Victoria Giarrizzo, Gabriel Basaluzzo, and William K. Santiago formed part of a panel on “The future of money after the covid-19”.

For the panelists, many of the practices that were systematized in almost all the countries due to quarantine by pandemic Covid-19 could be permanent. Refer in particular to telework, electronic commerce and the use of different forms of digital payments.

García-Lluis, strategic advisor in processes of digital transformation of the financial sector in Spain, believes that we are in a disruptive change that is going to make to the world economy in the remainder of the century. For this reason, think that this is the peak moment of the digital money as an instrument to generate trust.

Garcia referred to the mistrust of traditional systems generated by the current economic crisis can become a driving force in new technological tools. Among them, he mentions the finances decentralized (DeFi), the digital currencies from central bank (CBDC), the cryptocurrencies anchored or stablecoins and the cryptocurrencies.

About it, Lucas Llach, an economist and historian who has been linked to issues of financial innovation from the Central Bank of Argentina, points out that we are facing a crisis of great dimensions. In consequence, shares some trends of change in behavior resulting from this pandemic will be permanent. “The remote work and the processes of digitization of finance are some of them.”

Lucas Llach, Alberto García-Lluis Valencia, Victoria Giarrizzo, Gabriel Basaluzzo, and William K. Santiago were the panelists of the debate on the economy after the coronavirus, in the event Decentralizing 2020. The moderator was Gabriel Kurman. Image: screenshot of the channel NGOS, Bitcoin Argentina YouTube.

What comes next is difficult to overtake, but the glimpse of the substantial growth of financial technologies (FinTech). García-Lluis lists a number of innovations, including blockchain, and artificial intelligence.

Bitcoin and cash in the balance

Victoria Giarrizzo, an economist and director of the NGO Movida Argentina, supports the idea of the progress of the finance and digital payments. But also think that the results of a recent survey conducted in Argentina – on confidence in the money, provide important data.

Giarrizzo added that the relationship of the people with the tickets and the coins has changed due to the fear of the spread of coronavirus. “What I don’t know is if those changes will be permanent or will disappear when you pass the pandemic,” he reflects.

In relation to these issues, Gabriel Basaluzzo, economist and director of the bachelor’s degree in Finance from the University of San Andrés (Argentina), also notes that the dynamics is leading to a radical change in the everyday life and the use of new forms of digital payments.

“However, I think it is difficult that the culture of cash (cash) from falling at all, even when the money fiat has been using less in this quarantine. I think that many of these new practices do not remain after the pandemic, and the people will take back some of their old habits,” he says.

The use of money in fact decreased during the quarantine by coronavirus. Source: johan10 / elements.envato.com

Even so, Basaluzzo discusses the changes that have been generated in the trade and the fall in jobs due to the coronavirus. Note that many of the people who have been out of work for the quarantine takes care of make new ventures. Are they who mostly used the new media of digital payments, “although they are not necessarily the cryptocurrencies”.

Even so, the economist predicted a scenario of greater stability for the cryptocurrencies as bitcoin, although it considered that the most prominent use of the criptomoneda is as a store of value, despite its volatility. Because of this, Llach mentions the need to simplify the operation of the cryptocurrencies in order to use as a means of payment easier for all.

Progress of the digital currencies from central bank

William K. Santiago, strategist blockchain that has been advisor to central banks in the Caribbean area, it highlights the role of the contracts smart in the new society that is being set up. Considers that these contracts will be of greater use among the common people.

Quote also that the CBDC will have a greater impact among the citizens. In contrast, García-Lluis does not share the idea of the growth of the contracts in smart. On the CBDC think that will impact the market, considering that the central banks will have to compete among themselves for the money to support their currencies do not go to other States. “They will have to create strict rules to prevent it”.

Santiago also has a hint of a strong rise of the CBDC, as they already form part of the debate in many countries. Match with Garcia-Lluis in the belief that this type of coin is going to modify and simplify many processes performed by the commercial banks.

It is for this reason that García-Lluis provides for the issuance of CDBC retailers in the near future, those destined for the use of the common citizen. “This will allow people to tokenize assets and generate wealth,” he says. These new possibilities are going to completely change the way we handle money, intervenes Llach.

Role of the us dollar digital, and the cryptocurrencies

At this point, the debate moderator, Gabriel Kurman, co-founder of the platform RSK, question if the dollar will disappear. The panelists agree that there, but the currency will not be as we know it.

Introduced with this approach to the issue of the us dollar digital, a project that the authorities of the united States evaluated currently. It is believed that this version of the dollar will be the mechanism that will be used for the currency is able to compete in the digital environment emerging. It is the strategy that you will have to follow the banks and the traditional financial system to the innovations in progress.

García-Lluis mind that most of the large economies of the world have created a strong infrastructure for digital payments. Mention China, and especially Europe, where there are approximately 600 new systems to digital payments.

Believes, therefore, that the commercial bank will end up losing the control over the generation of wealth. He adds that there is no way for the system to traditional financial avoid this advance. Then they will have to compete by generating similar tools.

From this early foray of the agencies traditional in the world of digital money, the experts expect that in the society post-coronavirus is experiencing parallel paths for different digital payment systems, formed by CBDC, stablecoins corporate and national, next to cryptocurrencies as bitcoin.