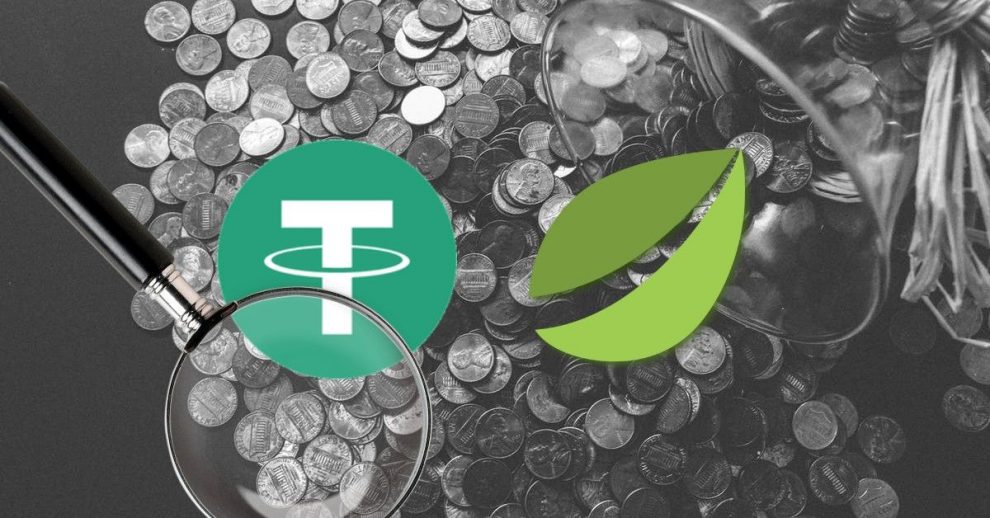 The controversy surrounding the stablecoins, and especially about the most famous of these, Tether, does not stop. And that is, continual questioning if really the stablecoin of Bitfinex, would provide support 1:1 in us dollars. Or if, on the contrary, they would be issued more tokens Tether of the which should be, to manipulate the market.

The stablecoin have become in recent years, a fundamental element of the crypto market. Transforming them in addition in the main medium of exchange between cryptocurrencies. Therefore, if there are no offers available for trading one currency for another, no doubt there will be an offer of exchange between the two cryptocurrencies and stablecoin (especially Tether). Being able to be channelled in this way, operation. This is so, because the stablecoins combine in themselves the main advantages of fiat money and the cryptocurrencies. If on the one hand, they possess the versatility and speed of the cryptocurrencies, on the other hand maintain price stability as sufficient for planning long-term. And between the stablecoins, the main since a long time ago is Tether, the virtual currency own of Bitfinex. However, over the years, questions have been raised about the model behind USDT. Therefore, if you are certain the promises made by Tether, this organization should possess a booking in us dollars, as large as the amount of tokens of USDT in the market. This, however, is in doubt. Especially, after the publication of a research done by professors of finance from the Universities of Texas and the State of Ohio, John Griffin and Amin Shams, respectively. Those who claim that the bullish rally in the 2017 in the market of Bitcoins, it could have been the product of a manipulation of financial around to Tether.

A lawsuit against Bitfinex

Researchers have come to these conclusions, to observe the flow of trade within the platform Bitfinex. Which shows that, every time the price of Bitcoin began to fall in the middle of the rally. A single actor began to buy massive amounts of BTC using Tether, until the price came back up. This study aroused suspicion within the crypto community, about of an emission concerned, and artificial Tether with reasons speculative. Creating more tokens that support the dollars in the reserves of the organization. And therefore, turning to the stablecoin in an instrument for financial speculation of Bitfinex. Immediately, the General Counsel of the Tether, Stuart Hoegner, denied the accusations, describing the research of: “A transparent attempt to use the appearance of the academy for a money-making mercenary“. Considering that teachers are only seeking to participate in a class action lawsuit against Bitfinex, for alleged manipulation in the market. And, whether or not the intention of the researchers, the truth is that this legal action is running. The same would accuse Tether and Bitfinex, not to have the reserves in dollars to support the value of the stablecoin. As well as “to monopolize and conspiring to monopolize the market of Bitcoins“. Checked these allegations, we would be attending one of the biggest scandals in the history of the crypto world. Demonstrating the fraudulent participation of one of the major players in the market to manipulate it to your favor. What would represent a blow to the cryptocurrencies, and that is why it is our Fact of the Day today in CriptoTendencia. The following two tabs change content below. Student of International Studies, interested in issues of economy and international politics. Passionate about the progress of the Fourth Industrial Revolution in general and the cryptocurrencies in particular.