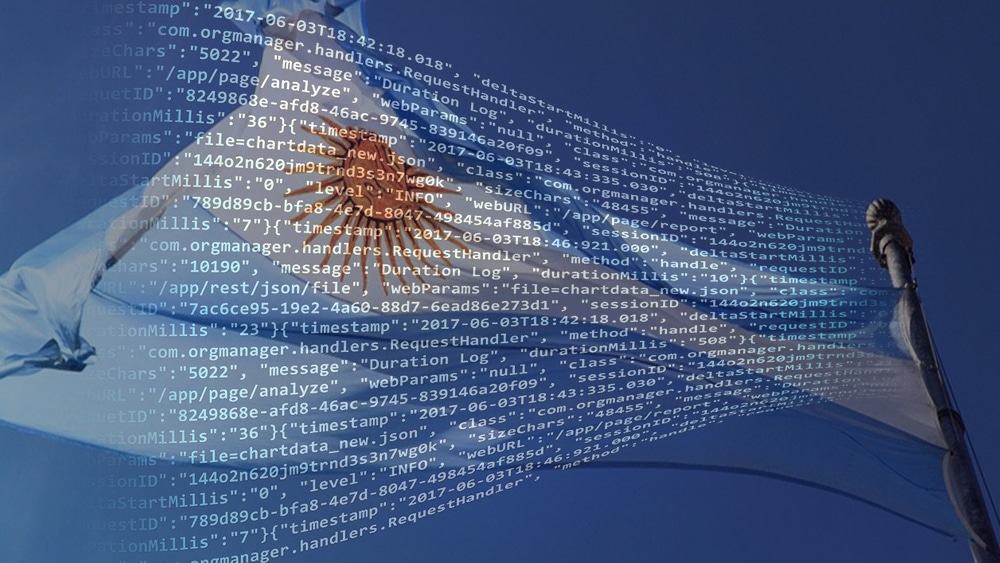 The coronavirus (COVID-19) continues to expand across the planet, coming to attack more than 3.344.000 people at a global level. The sanitary restrictions to contain the virus force the world to migrate entirely to digital. For this reason, central banks are exploring the opportunities offered by digital currencies and systems based on a blockchain, providing a rapid phase of transformation of the traditional financial system. In Latin america, Argentina is at the forefront, given that the Central Bank of the Republic of Argentina (BCRA) is adopting new technologies and has launched the proof of concept of the platform-interbank-based contracts intelligent, on RSK, which is operating with six nodes, one for each participating institution, including Banco Santander, BBVA, Bancor, ICBC, Interbanking and Bolsas y mercados Argentinos (BYMA). The system for the management of claims for unauthorized debits, and bounced checks is the first step to involve the technology of accounting distributed (DLT) or blockchain in the domestic financial system. In Argentina, the BCRA has implemented the test concept of the platform interbank. Composition by Breaking News. Xresch/ Pexels/pixabay.com Also, the Central Bank of France wants to experiment with the integration of digital currencies, recently, issued a request for proposals for experimental applications with this type of coin. These projects will help the financial institution to understand the risks and mechanisms of the CBDC and also contribute to the conversation about the digital money of the european area. The announcement of the Central Bank of France, puts the country at the forefront of this debate, and it is the member of the european area more prominent role in launching an experiment with CBDC up to date, next to Sweden, whose Riksbank is also experimenting with the digitization of currency and prepares the launch of Krona. Since last year, as reported Breaking News, the European Union was in support of the Central Banks to issue digital currencies, even proposed to create a regulatory framework that points not only to the issuance of this type of assets, but also to private initiatives. China has also been working in the digital currency national (DCAP), which will be issued this month of may to the employees of the local government of the city of Suzhou. The digital currency will be issued by four state-owned banks, including Agricultural Bank of China, the Industrial and Commercial Bank of China, Bank of China and Bank of Construction of China. In addition to these cases, the giant banking world-renowned as the Spanish Santander has liquidated the bonds using the network of Ethereum, in a process that involved money trust that was contributed by one of the subsidiaries of the group.

Step innovative of the central banks

A document published by R3, titled “digital Currency of the central bank: an innovation in payments” examines the growing interest around the digital currencies of the central banks (CBDC), based on a blockchain, all over the world, focusing on the progress made to date and it shows the models under which the system would work, as well as a variety of implementations. The report provides elements that help to understand the substantial benefits offered by the digital coins backed on a blockchain for the general use and added that the motivation of central banks to promote their development is based specifically on that, the CBDC represent an alternative to cash and represent the modernization of the payment systems in the structure of a digital economy. As part of the structure of a digital economy through a chain of blocks is essential to allow the conversion of the tokens of the assets of payment, allowing transactions between peer and the custody and distributed. The system is also intended to be used to increase the efficiency in cross-border payments. Also to perform atomic transactions, which means that any stage of delivery-versus-payment can occur in real time, without the risk that one party to a transaction will run before the other, as detailed in the report. The document adds that using a blockchain and the digital currencies, the mechanisms of saving liquidity can be more effective by reducing the traffic congestion that currently results in delays. In the meantime, the system can allow banks to increase their effectiveness and liquidity of the they currently have. “Each bank may have greater control and visibility in real time of how your payments will be compensated in the entire network, reducing the dependence of the operator is central to the calculation of compensation. Greater control and flexibility and liquidity would benefit all market participants,” he says. The report separates projects of digital currencies into two categories: wholesalers, who are those issued by commercial banks and institutions; while the retailers are tied to small businesses. The first sets out a series of pilot projects, while, second, it clarifies that, currently, there is none. However, he adds that an investigation and a proof-of-concept (PoC) developed by the European System of Central Banks (ESCB), is proving that it is possible to build a payment system CBDC simplified that will allow users some degree of privacy for transactions of lesser value. Even that PoC has several novel features as a procedure for the identity of a user and a transaction history that can not be seen by the central bank or brokers that are not chosen by the user. The application allows the electronic transactions anonymous are automated, and the additional verifications are delegated to an authority of AML (Anti Money Laundering for its acronym in English). This is accomplished using “vouchers of anonymity”, that allow users to transfer anonymously a limited amount of CBDC during a defined period of time.

How does the system work?

To demonstrate how the system would work, the report describes a method of implementation of CBCD, which has three different types of participants: central banks, financial institutions with access to the balance sheets of the central bank and institutions to retailers without access to the central. This model can be used to understand the use cases wholesaler and retailer described above. The model shows a two-tiered system where each participant has access to the ledger is distributed. It has three types of participants. Source: Breaking News. The model shows a two-level system with accounts API, where each participant has access to the ledger is distributed. It has three types of participants. Given that not all participants will have access to or will want to be the custodians of their own CBDC, the system incorporates the accounts API. The accounts APIS are a mechanism for a node acting on behalf of users who can communicate with the node through an API. In practice, any node (a participant of the network) manages an account for each user that represents. This is, similar to bank accounts that we use today. The report clarifies that all of the examples still have questions of governance that respond and whose responses will depend on each central bank. The questions that remain open are: what are the privacy controls around the payments? How CBDC will be anonymous as cash, or there would be some level of information for large transactions? What are the limits of the network for CBDC?