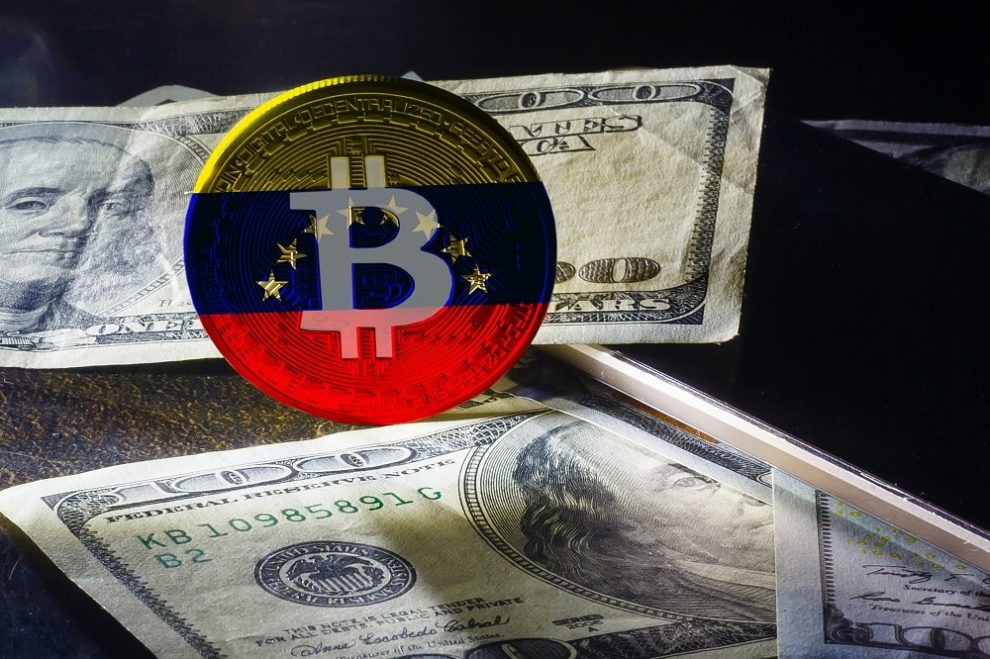 Venezuelans do not have freely convertible with local currency, the bolivar.Venezuela is the second country with the largest monthly volume of transactions in LocalBitcoins.It is difficult, if not impossible, to predict the future. However, from Venezuela, are clear signs that the adoption of the cryptocurrencies will continue to grow. Not so much by desire but by necessity. At least it was in my case.The freelancers that work from Venezuela receiving international payments, we face multiple obstacles to managing your money, which bitcoin and other cryptocurrencies can help to overcome. Particularly, a long time ago I decided to use the least possible services as PayPal, Payoneer, Transferwise or similar.Basically, the reasons are two: very high commissions for receiving money and the brokerage that gives to foot to locks of funds or services, as happens now with Transferwise, which will cease to deliver their services to the clients from venezuela.The restrictions to the users, venezuelans, services payments, transfers and even international cards are not new. The announcement of Transferwise does nothing but add to the limitations to international transactions, in the context of the exchange control imposed by the government and the sanctions issued by the u.s. government and multilateral fora such as the European Union against the country.With bitcoin, I only need a portfolio to control the movements of my funds. Provided that you appropriately safeguard the seeds, I will be able to access or recover my bitcoins in the event that it is necessary, even if some software that you are using restricts your access to the venezuelans.

But still there are many in the country use centralized services, modeled as banks that manage the money. The aforementioned are just a few of those services. However, all have clear limitations in the scenario of venezuela. PayPal, for example, requires integration with a credit card in dollars, euros or other currency for a complete check that allows for maximum functionality to an account.In Venezuela, we don’t have cards in foreign currencies, and the companies that provided services to make this possible, you have gone a little to little of the country or have ceased to offer support. This is the case of Payoneer, sending out prepaid cards in the country. PayPal stopped working with the cards of that company, so neither would be an option.In this context, the citizens of this country we have found in bitcoin and other cryptocurrencies a shelter. Although it is complex to determine the source of the movements, Venezuela is among the most active countries in terms of trade on the exchange platform peer-to-peer LocalBitcoins.

Overview of the cryptocurrencies in Venezuela

This year, on several occasions, Venezuela has occupied the second place worldwide in this portal, behind only Russia and always fighting with the united States for the second highest volume. The last two months has remained in that position, with volumes in excess of 2,000 BTC traded per month. I insist: these movements may have several sources.There are those who consider that it is laundering the proceeds of corruption. Others refer to arab traders, asian, or of other nationalities, who conduct business in Venezuela. Although it is also estimated that the funds come from the remittance of venezuelans abroad to their relatives in the country, or the movement of funds of entrepreneurs and freelancers that make life in Venezuela.What is certain is that, meanwhile, the payment options with cryptocurrencies are increasing in the commercial centre of the country. Department stores, pharmacy chains, and multiple small local shops have started to accept payments with cryptocurrencies. In recent days was installed the first atm in the country to buy BTC and dash with dollars in cash.Precisely, dash has been one of the options with the highest growth in the country, in terms of commercial acceptance. At least the numbers of Discover Dash realize that Venezuela is the country with more stores accepting the criptomoneda.

Should we be prepared?

To the couple of the above, the hyper-inflation depreciates almost daily basis, the bolivar, the local currency of venezuela. For this reason, bitcoin has accounted for the venezuelan people an option to protect the value of their income. At least as an alternative to the purchase and sale of u.s. dollars in a parallel market.Bitcoin gives so much in Venezuela. What for some seems to be taken for granted here is often exceptional. Some few privileged people have in bitcoin the opportunity not only to receive money from other countries, but to send it by using the criptomoneda. Even, pay for services (or luxuries) that require cards in dollars or other currencies fiat, has been made possible with services such as Bitrefill.If the sanctions against Venezuela are splashed to multiple payment services, in addition to other empresascomo the software developer Adobe (another recent event), it seems clear that will come greater restrictions.How withdraw PayPal? Do you will have sites that offer to send remittances to Venezuela from various countries? We don’t know. What we do is to be prepared. A way to send money without intermediaries or impositions seems to be the clear choice to achieve this. This is the technology of Bitcoin and other cryptocurrencies.Disclaimer: the views and opinions expressed in this article belong to the author and do not necessarily reflect those of Breaking News.