Almost with a click, the student credited immediately the veracity of the information it offers.The technology blockchain is installed in the educational centers with their promise of immutability.Although the pandemic coronavirus is plaguing the world with a dose of fear, anguish and death, is also opening a door through which humanity can look to the future, the challenge of migrating to digital. That is a way in which Miríadax, the initiative for digital education of Telefónica, has a distance traveled, as this platform ibero-american MOOCs (Massive Open Online Courses) or courses massive available online and in Spanish, offers its users the opportunity to learn and access a range of over 650 free courses on various subjects, in order to subsequently acquire a certificate validated on a blockchain.In its official website, the team Miríadax specifies that in order to achieve the Digital Certificate of Completion, students must demonstrate that they have completed the learning by responding to a questionnaire that you receive once you complete the course and subsequently, without considering the deadline, when the user so desires, you can obtain your certificate at a cost of 40 euros.In the platform of digital education, it also elaborates on the advantages that offers the certificate of achievement. Among them, he noted that the document validated by a blockchain, it is issued with a unique id, customized with the name of the user/student, the courses, the duration and supported by the institutions that offer it. However, in a section that details his philosophy, Miríadax clarifies the legal aspect with respect to the certificates of overcoming, about which he says: “its legal effects is limited to crediting to the overcoming by the registered user under the name and surname indicated in the same of the whole of the compulsory activities included in the course (realization of 100% of their modules). These certificates do not constitute, therefore a diploma or official title, nor do they guarantee the realization of courses by the person who can correspond with the names and surnames of the user registered in Miríadax to do the courses”.Professor Darío Fernando Patiño, instructor in Miríadax provides information to a student on the certificates of overcoming validated in a blockchain that can be acquired or not after completing the courses.

Once you have obtained the digital certificate, users will be able to copy it and include it in your Linkedin profile, send it by e-mail or download it and print it out to have it in physical format. In this way, almost with a click, the student credited immediately the veracity of the information it offers. Conversely, institutions and / or recruiters rule out with certainty any fraud in the data they receive.On the other hand, this technology allows to include in the certificate further information such as contributions in the forums, results of tests, the work P2P of the participant or even the position of the student in the ranking at the end of the course, as detailed on the website.Certificates and diplomas validated by a blockchain been gaining ground in the educational institutions, in virtue of their promise to contribute to the credibility and reputation of a sector shaken by the forgery of the documents issued by the academies or universities. Here, is where the strings of blocks are notable for their characteristics to offer a network in which the data is distributed in encrypted form and remain unchanged in time.Although the validation of a certificate or a degree from an educational institution, it will always depend on an individual in charge of running that operation, the system, at least, will have a deterrent effect because there will always be a traceability that explain who has registered a information and how it has done.The technology blockchain is original of Bitcoin as a digital system, but with the passing of the years dozens of companies around the world are adopting this type of system for the traceability of products, certification of documents, or to digital identity.In the meantime, the multinational telecommunications spain’s Telefónica that supports the platform Miríadax, from last year works in a private network of blockchain which will link to 52 science and technology parks of Spain. The agreement envisages the development of a pilot project of three months, in which science and technology parks will be able to share the infrastructure of blockchain-based technology Hyperledger Fabric deployed by Telefónica, which will create channels for the exchange of information private and secure among the different companies and deploy their own decentralized applications. 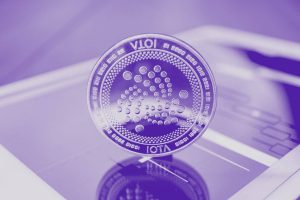