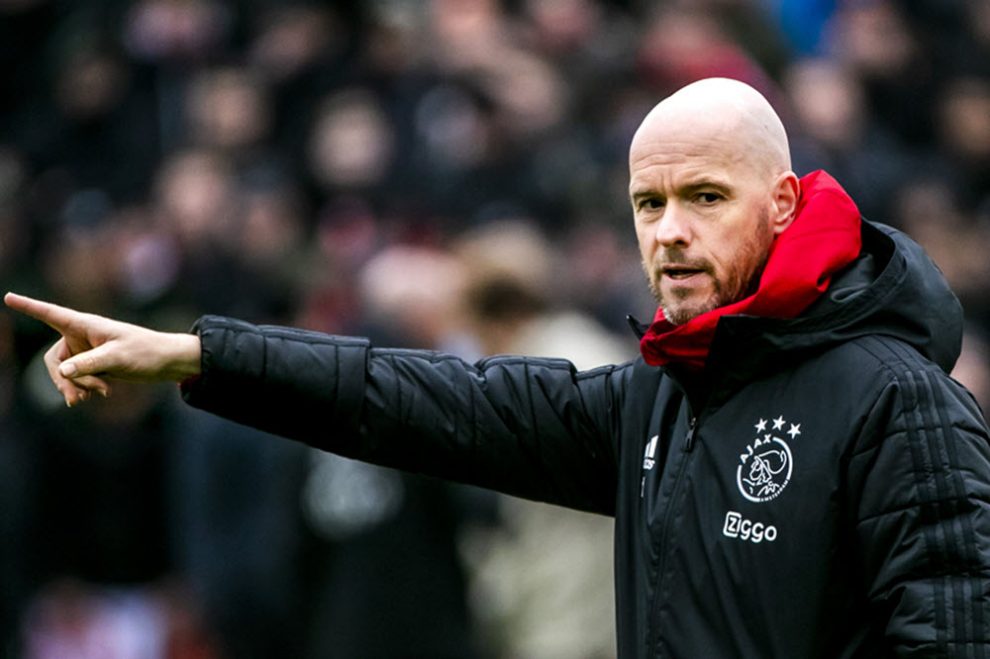 Erik ten Hag weighed the silver “fir cone” so proudly in his arms as if the Dutch football trophy was his first birth.

“That’s what we’ve been fighting for all year,” said ten Hag after a 4-0 final win over Willem II and his first title as a coach, the first for Ajax Amsterdam since 2014 and a torturous 1834 days.

But the Cup, he stressed, was “only the first prize. That only increases our hunger”. After the elimination of FC Barcelona, Ajax is the only European team that still has a chance to win the coveted triple – the championship, cup and Champions League.

Ten Hags philosophy is a mixture of well-known Dutch principles and modern ideas à la Pep Guardiola with a dash of Matthias Sammer. The 49-year-old sees himself in the tradition of the “total football” of the great Ajax trainers Rinus Michels and Johan Cruyff, although he does not like to compare himself with these legends.

When ten Hag came to Amsterdam at the end of 2017, he was viewed critically. Until then, he had only worked for the Go Ahead Eagles, Bayern Munich’s second team, and FC Utrecht. When he broke with the religiously revered 4-3-3 system, there was an outcry.

But his switch to a 4-2-3-1 was a coup: Ten Hag, who himself lives above an Amsterdam supermarket, brought the super talent Frenkie de Jong from the defensive centre into midfield and put another six on his side as a safeguard. Since then, de Jong – and Ajax – have been brilliant.

Always forward, but with plan

Ten Hag, like Michels, Cruyff or later Louis van Gaal, always relies on “offensive football that inspires”. But not blindly. He lets “defend to the front”, possession of the ball is not an end in itself, but a means “to hurt the opponent”.

He already pursued this approach as co-trainer in Eindhoven under Fred Rutten (2009 to 2012) and attracted Sammer’s attention. The then sports director would have liked to have brought him to the DFB as a U21 coach, but he failed due to the veto of national coach Joachim Löw.

When Sammer later became Sports Director in Munich, he guided ten Hag as coach of the Reserve (2013 to 2015) to the record champion. “He has a clear line and way of thinking, yet he is open to developments in football. This is a modern coach for me,” Sammer said last autumn: “If he gets time, he will reward everyone. That’s what it looks like now.

In addition to the Dutch grandeurs, Guardiola also inspired him, ten Hag said, “I watched almost every training session back then. I methodically took a lot with me”. Because of Guardiola and Sammer, the time in Munich was “like a six in the lottery”. Today ten Hag, who calls himself a “sober guy” and makes decisions based on data analysis, is himself a great trainer – and ready for higher tasks?

Many options for ten Hag

At home he is traded like Mark van Bommel (PSV Eindhoven) as a future bond coach, his agent talks about several offers of European top clubs. According to Marca, ten Hag is also a potential Kovac substitute for FC Bayern. His contract with Ajax Amsterdam runs until 2020. In the meantime, the club itself has become a top club – largely because of him.

Erik Ten Hag has already taken his first-born – the trophy – in his arms. But maybe there will also be triplets for the young coach this season. With these, he would make himself immortal in European football.