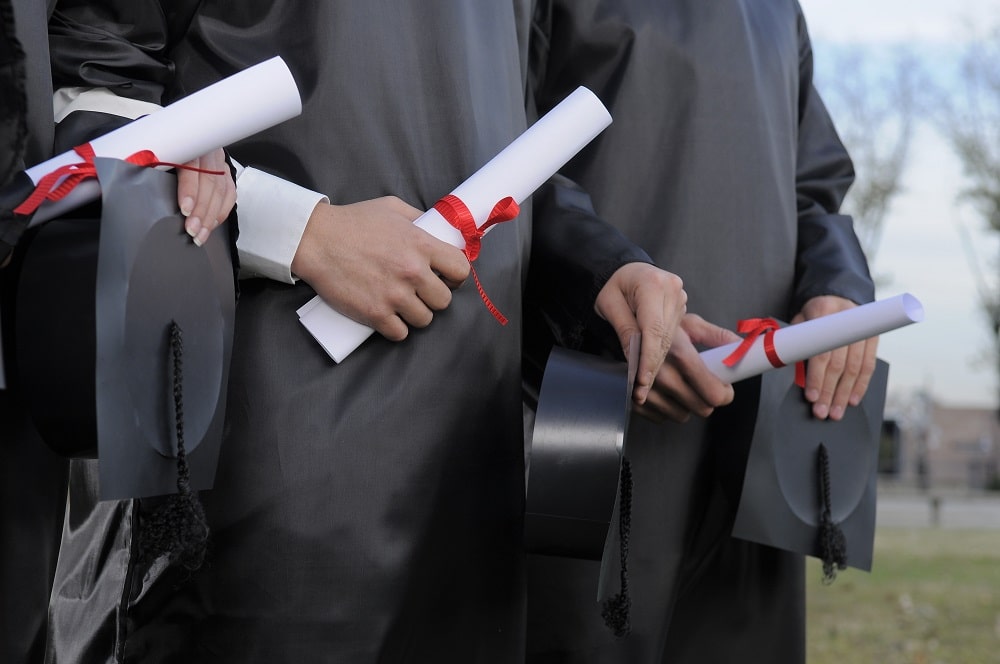 The National University of Colombia (A) states that since almost a year ago, implements the method of certification of qualifications based on a blockchain, however, until today, only 29.1% of the graduates of last year, culminates the process.This occurs, despite the advantages that the institution ensures that offers, for the generation of greater trust between the students, employers and the community in general, since the technology is immutable, that is to say, the stored information cannot be changed or altered, as they point to the university authorities.In a press release issued this February 25, the A encouraged the graduates to complete the process to obtain the title validated in a blockchain, because it’s the only 2.816 of the 9.686 graduates of 2019 has been downloaded.”What may be happening is that graduates are not recognizing the official mail from which the information is sent to access and download the electronic copy authentic a university degree,” said Gregorio Enrique Rodríguez, official of the General Secretariat, which is responsible for the registration of professional titles of the institution.The process to obtain the title virtual (eTítulo) certificate in a blockchain is straightforward, since the graduate receives an e-mail “(email protected)” with the subject line: “Referral and access to an electronic copy of the university degree from the National University of Colombia”, through which it provides official information to access both the digital copy as well as the data contact for support.In its press release the A explains that in march of last year launched the issuance of titles under the certification of a blockchain, to do this it emits a eTítulo that is a solution developed by Signe, a company that promotes itself as specializing in the design and development of document security.In the section on verification of titles electronic of the A notes as follows:

Blockchain, according to Thomas Signe S. A. S., is a technology in which, through a network of distributed nodes and connected to each other, is traced throughout the protected information in a way cryptographically secure and allows you to build an ecosystem of interconnected, very resilient to potential cyber attacks. This technology means greater reliability and serves to demonstrate the identity of the signer, the integrity and non-repudiation of digitally signed document, thus giving the security required by the graduate.

It should be noted that in the web page of Signe were not the technical specifications that the company uses to validate university degrees. Nor is it clear whether the process is free or paid.In February of 2019 Breaking News reported on a pilot test implemented in that opportunity by the Faculty of Engineering to the certification of diplomas, using the string of blocks of Ethereum. For the management of the metadata in the blockchain, the test pilot used files IPFS, mechanism P2P that allows you to store and share content in the network. The system was similar to the one that created the university in 2018, together with the ministry of ict, for the registration of documents associated with the tenure of land.

Controversy in Spain by the eTítulo

A note published in 2018 in the Newspaper of Spain reported that over a dozen universities in this country, between public and private, offer a digital copy of the pdf format of the title obtained and although the company marketed, Signe, (charged between 12 to 30 euros or the amount is included in the college tuition) ensures that they have “the same validity and effectiveness that the title on paper”, the Ministry of Science, Innovation and Universities challenges this assertion. Since that time, some Spanish institutions have been ruled out to offer this service. The note adds that despite the fact that the company defends on its web page that the document has the same validity as that of the title role, to consult to the company for the procedures in which you can use the document, it was not clear that the eTítulo in reality you can replace the cardboard legal officer issued by the campus spaniards. In fact, no reference is made to a blockchain.The publication mentions the case of a graduate of the University of Castilla-La Mancha that you purchased the product, reported to the Ministry of Education that the digital document that you obtained did not contain the signatures or the seal with the one who had the title role and makes reference to other cases that have been submitted since 2017, has put in doubt the legality of the document.However, the validation of titles in the blockchain is a growing trend. The past month of January three universities of the region of Murcia, in Spain, agreed to implement in whole, during 2020, the validation of titles on a platform blockchain called Crypto Degrees, to minimize the falsification of academic diplomas.