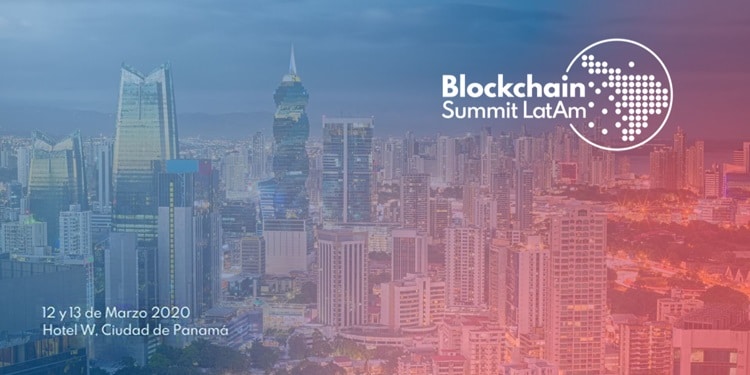 Mashinsky, co – inventor of the protocol VOIP, will present the protocol Money Over Internet Protocol.Ammous, author of the book The Pattern Bitcoin, will be talking about Bitcoin as a reserve currency.Blockchain Summit Latam (BSL) already has his agenda as posted. The wait is over and we already know what will talk about speakers as Saifedean Ammous, Alex Mashinsky, and Santiago Siri, among others. The appointment will be in Panama City on 12 and 13 march, where they will live two days of high-level debates with respect to blockchain, their application, adoption, and vision in the region and the world.Ammous, author of the famous book on economics and Bitcoin, The Pattern Bitcoin, will be talking about Bitcoin as a reserve currency, but also as a hard currency, according to the concepts of the school of economics of austria. The book of Ammous is one of the economic studies to be more complete in the operation of this technology and will be the first participation of the lebanese in BSL.In addition, Mashinsky, one of the inventors of the protocol VOIP (Voice Over Internet Protocol), with which applications run and chat communications like Skype and Hangout, will take advantage to present a new protocol called MOIP (Money Over Internet Protocol), which is currently working with its project Celsius Network. Both will participate in the first day of the BSL (march 12).Siri, the main representative Democracy Earth, will explain what role plays technology in democratic systems around the world, as well as the weight can become citizens in this type of political system. How cryptography can contribute to democracy.Christopher Pereira, CEO of LatamTech and managing Director of BSL, will participate alongside Daniel Ponce, a representative of the bank’s panamanian Banistmo, and with a representative of the colombian bank Davivienda, in a panel discussion on the contributions that can provide the technology blockchain to the traditional banking system. The idea is to present projects that are already happening, as well as potential applications in other banking institutions.Another of the panels of conversation that comes up with quite a lot of interest is the regulatory panel, traditional within BSL, but that this opportunity will address issues of regulations implemented in Europe and the united States, primarily, and that it must have Latin america as a basis of regulation for the industry crypto.The second day of the event features a panel discussion comprised of Jose Rodriguez, an investor in Bitso and other projects based on Blockchain, in addition to director of Blockchain Land, next to Andrew Durgee Republic and Sebastian Ibanez of Vulcano, where we will take on the role of investors in the ecosystem of startups based on this technology. How to visualize your development and where you are looking to invest currently.Finally, we will present an update of the map of the ecosystem Blockchain of Latin america, originally presented at the 3rd edition of Blockchain Summit Latam, which was held on 4 and 5 July in Mexico City.According to Pereira, in this issue the focus of the agenda and the topics will be placed in Financial Services and Logistics, as Panama is a financial and logistics hub of America, which also is working to develop a Hub focused on these industries, work is carried on under with institutions as Capatec, City of Knowledge, Panama Digital Hub, Panama Pacific, among others, all collaborating in the event, along with the public office of the Government called the Agency for Governmental Innovation (AIG) of Panama, who will be responsible for welcoming the event on the 12th of march.In the event will participate in other important speakers such as educator, argentina Catalina Castro, the representative of LocalBitcoins.com Vladislav Alimpiev, the bitcoiner argentine Franco Amati, Josh Goodbody of Binance, representatives of Ripple, Koibanx, among other implementation projects blockchain and the use of cryptocurrencies.The ticket prices range between 90 and 700 dollars, and those interested can still receive a 25% discount on the purchase of their inputs, which, in addition, you can get a 20% discount extra to be paid using cryptocurrencies through the payment processor of Cryptobuyer, company venezuelan-panamanian, who co-organizes the event together with LatamTech.For more information, please contact our press team via e-mail to (email protected)social Networks:
Facebook: www.facebook.com/BlockchainSummitLatam
Twitter: www.twitter.com/BlockSummitLA
Linkedin: www.linkedin.com/company/blockchain-summit-latam
Instagram: www.instagram.com/blockchainsummitlatam
Youtube: www.youtube.com/c/blockchainsummitlatam
Hashtag: #BSLPAN2020Este event is promoted by Breaking News under agreement media partner.