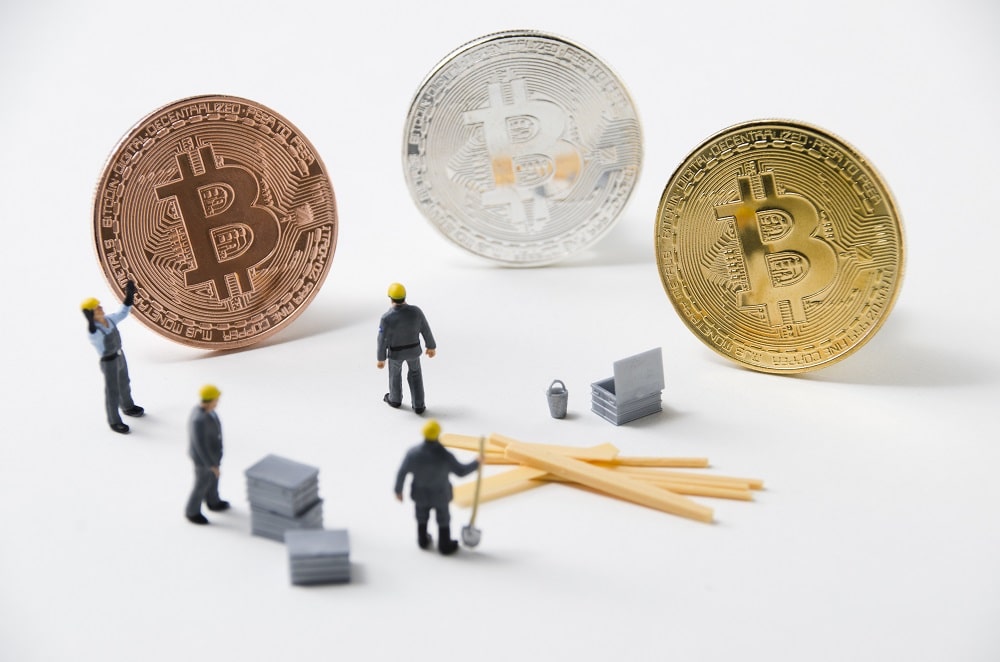 Bitmain tops the list and concentrated to between 55 and 60% of the profits of the industry.In terms of geographical distribution, China continues to hold the monopoly on the mining of Bitcoin.95% of the market of manufacture of equipment for mining of Bitcoin is controlled by just four manufacturers, says the latest report of the Token Insight. The consulting firm and research on blockchain noted that these are the four main companies of this sector, all originating from China.Bitmain tops the list, concentrating to between 55 and 60% of the profits of the industry. Although the company decreased its prevalence in the ecosystem of Bitcoin between the years 2018 and 2019, its presence continues to outperform the opponents. For example, Whatsminer —the second— in-command- brings together the 20% of the market; while Canaan holds a 10% and Ebang 5% the rest of the industry, formed by small manufacturers, which only represents 5% of the market. The analysts of Token Insight pointed out that China remains the undisputed leader in the manufacturing of equipment ASIC, an achievement that puts in question the decentralisation of the sector. And is that the asian giant not only concentrates its power at the time of manufacture mining equipment, but also brings together the largest number of active miners in the network of Bitcoin.The latest report from CoinShares, in the fourth quarter of 2019, revealed that 65% of the hash rate of the network comes from China. This is the highest percentage that has concentrated the mining of Bitcoin in this nation from the year 2017, which could indicate a reversal in the de-monopolization of the market. To understand the significance of this figure must take into account that the rate of hashes indicates how many miners are active in the chain of blocks and confirming transactions. An increase of the same, in 2019 was 80% according to Token Insight, it would indicate that more miners are connected to the network, to process blocks this last year.In this sense, the network data reveal that in 2019 the number of miners from China increased considerably. Although the country shares its dominance with the united States, Canada, Russia and some regions of Northern Europe, who also have a significant presence of miners in the network of Bitcoin.

Fighting for the decentralization

Changpeng Zhao, the founder of Binance, commented in early December that the mining cryptocurrencies is being widely promoted by the chinese government. The recent statements of the president Xi Jinping confirmed that the authorities of the nation have a great interest in turning China into a leader in the ecosystem blockchain at the global level. In addition, Zhao stressed that the promotion of the mining of Bitcoin is being carried out as a government plan to “power to control Bitcoin”. Because of this, it is not strange, this climbing in the hash rate coming from the asian country.

Mining is highly encouraged in China now. They hope to control bitcoin by having all the miners in the country (is, under their control). https://t.co/Rty4NmJsph— CZ Binance (@cz_binance) December 12, 2019

While the chinese government carries out these plans, the community of Bitcoin is still struggling to promote the decentralization in mining. For example, in 2018, Matt Corallo presented a proposal known as BetterHash to give greater power to the individual miners who are members of a pool. To promote the decentralization, the new protocol has been added as an option to the code of Stratum V2, the latest version of the software Braiins for the mining group in Bitcoin.The operators of pools that are vital to the functioning of the mining of Bitcoin, have also made progress this 2019 in the decentralization. BTC.com he lost his leadership of years, being displaced by a new firm called Poolin now occupies 17% of the hash rate of the weekly network.On the other hand, F2 pool on average accounted for 2019 13% of the hash rate of Bitcoin, according to Token Insight. Poolin, even though he had a better performance in the last months of the year, closed with 12%, along with Antpool. Slushpool and ViaPool processed 8% of the rate of the hash of the network, while BTC.TOP, Huobi Pool and Bitfury were 7, 5 and 4%, respectively. The rest of this industry processed 15% of the hash rate in the remaining of the network, numbered among them groups of miners unknown.Although an important part of the pools above are also originating from China, Token Insight believes that the increasing competition has increased the decentralization. The operators are offering a greater variety of services and benefits for the miners with the aim of attracting customers, as well as they have also updated their methods of payment. In this regard, analysts pointed out that the mining industry could be evolving to a less centralized and more competitive.