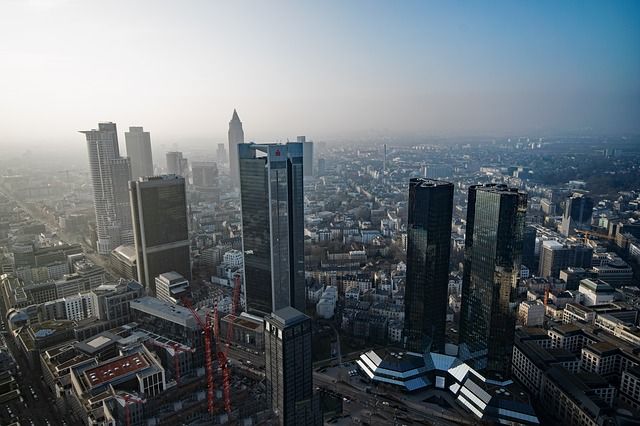 Recently in Germany a law passed seems to have been a rush to the market triggered. 40 licensed banks shall have requested, cryptographic custody and services. Good news for Bitcoin and crypto-currencies in General.

Germany as a crypto-location

The on 1. January, which entered into force in five European money laundering Directive, which updated the law to crypto-involve services. Banks get permission to treat Bitcoin or Ethereum, such as shares or bonds and also services.
This also applies to Token, since the law crypto-currencies is very widely defined as “a digital representation, which is not issued by a Central Bank or a public authority or warrant, and is not necessarily bound by a statutory currency, and no legal Status of currency, or money, but by natural or legal persons as a means of exchange is accepted and electronically transmitted, stored and traded can be”.
This means that The banks can now buy and sell as well as the storage of Bitcoin and Ethereum, or brands such as MKR, the same offer as they do for shares and other assets.

“The high demand for crypto-Custody licences shows that companies using more and the Blockchain technology, but it is also the result of the new legislation”, – quotes the member of the Bundestag, Frank Schäffler.

The Handelsblatt, according to the Germany’s of the FT or WSJ is, to operate there are already more than 40 expressions of interest from banks for the permit, a crypto-Custody business.
Not be called the banks, it is, however, The goal was to make Germany a crypto-location.
So could develop a race mainly between Paris, Frankfurt, Amsterdam and Dublin.
Since the ECB is based in Frankfurt, this could exert a force of attraction on the Finance companies, where the new law might give her a boost in this direction.

“We have quoted almost a unique feature that will be of use to us, to bring the reputable supplier to Germany”, the Handelsblatt government representatives.

As the applicant, the report mentions the Solaris Bank, which is a Bank approved Fintech companies. The has now established Solaris Digital Assets. If the application for a depot licence is successful, you will keep Bitcoin and other Kryptos, on behalf of the customer.
“We have been working for one and a half years intensively with the topic of crypto-custody”, explains Michael Offermann, head of the crypto-banking in the Solaris Bank.

“With the new rules in the new law on money laundering is a good time to come, virtually to get started. Finally, we are not a research Institute but a business Bank.“

There are some private banks that offer cryptographic services. Primarily aimed at Affluent customers. We know of no Mainstream Bank that does that.
Whether a German retail Bank will be a world novelty, remains to be seen. However, Europe’s largest economy is in a very good Position to take advantage of the cryptographic financial and technology revolution.
This is partly due to Berlin as a “Hacker capital of the world” – while Germany itself has almost as many Nodes as the whole of America.
This can be explained by the fact that Berlin is, in particular, has become a haven for Western dissidents and “different” Coder, because Germany is a Western-liberal country, the level of awareness of privacy and, in General, outside of American Jurisdiction.
So we have the necessary skills and without London, Germany could play a bigger role in the Euro trade. This makes the country a predictable Fintech Hotspot. The third Element is that Germany remains a country of production with a significant industrial base. One of our biggest energy companies was even one of the first set on Ethereum.
Combining these three factors – Coding-Hotspot, the financial centre in Frankfurt and an industrial powerhouse and then adds crypto, Blockchain, tokenization, we obtain a real potential competitor to the restrictive SEC.
Offermann:

“Digital Assets will change the financial markets fundamental. Once the purchase and safekeeping of Bitcoin and co. will be easier, we expect strong growth.“

Note: 75% of the accounts of private investors lose money when you trade CFDs from this provider. You should consider whether you can afford the high risk to lose your money.