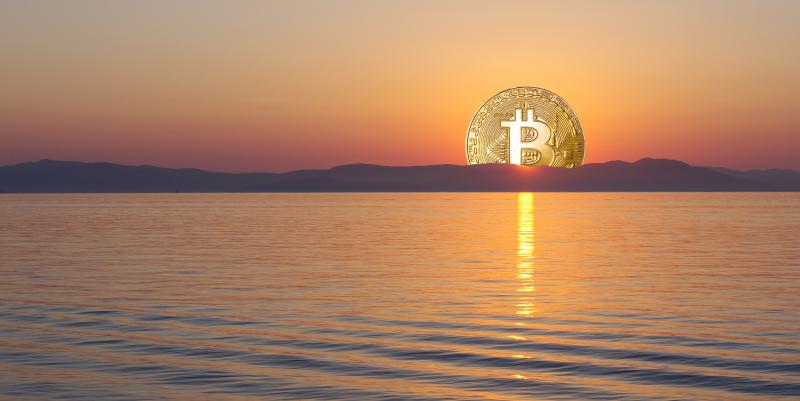 The story about how Kristoffer Koch made a fortune with BTC introduced me to the cryptocurrencies.The first contact with Bitcoin some users come from friends and the media.I was 15 years old the first time I heard about Bitcoin. The memory is already hazy, I guess I was a late common after school and I was killing time on the computer. I think it was my dad who saw the first article and I read it, but also I could have bumped me with the news on Facebook. What if I’m sure is that it was Kristoffer Koch who introduced us to both in the world of cryptocurrencies.Koch was then a student newly graduated from university in Norway, whose unique history had been published by the ABC of Spain. The journalist recounted as the young woman invested in the year 2009, about $ 27 in bitcoins for a thesis that never came to completion. But, with the passing of the years, this small investment had multiplied into a fortune of almost a million dollars for the year 2013. The story captivated me: What was that currency called “bitcoin”? What there was something that worked as digital money? Who what is emitted, how it worked? To be honest it seemed crazy, but not in the way derogatory of the word. Literally felt that such “bitcoin” should be a great folly that he could make the same money. The idea I operated the head: Now we wouldn’t have paper tickets, but digital currencies in our computers? My dad and I fantaseábamos of thought alone, even we conclude that the future of money was that. One a lot more “virtual” and instantaneous, made-to-measure of the new Internet services.As a child with a new toy, I was obsessed with the idea of having bitcoins. If Kristoffer Koch could become a millionaire investing in this coin, I didn’t want to miss my opportunity. My dad supported me in this goal and we got down to work to try to understand how to buy the desired bitcoins. There was No way, we did not understand as it worked, the houses of change and we also did not know if there was any in Venezuela, or so little in Latin america. The exchange platforms decentralized were even more difficult to understand for our conception of banking and financial services, we did not know any friend who has bitcoins.Resisted, sad the two, while we thought that surely the zealous Bitcoin was a thing in the first world. The excitement was diluted and end up forgetting everything about the cryptocurrencies, although every time that I go before him with a story similar to that of Koch I bit the frustration. Do you really Bitcoin was the morning and I let it escape? I never imagined that, years later, in 2017, to apply for a job in a newspaper of cryptocurrencies. When Ivan Goméz, part of our team of editors Breaking News, asked me if I knew about Bitcoin, I remember the story of Koch. And something deep within me moved, thinking that maybe that first encounter with the cryptocurrencies had been something intended.

We all have a first time

But I don’t want to be alone with my story. The first time is always a special experience, why I wanted to know how the current users and most ardent defenders had been well-known to Bitcoin. Curiosity made me want to ask: What thought the first time I heard about Bitcoin? Why they decided to give an opportunity to the cryptocurrencies.I decided to make some of these questions on my Twitter account and Instagram, interested to hear your stories. The answers were more abundant than I expected, from people who had entered the ecosystem in its early enthusiasts who are only recently learning about Bitcoin. The trend I was unclear: media, fabulous stories and the friends are great allies to attract new bitcoiners.The web pages of news going viral, which make life on social networks such as Facebook, proved to be one of the media that most caught the attention of bitcoiners and netizens. In addition, an important group of users heard for the first time of Bitcoin in the major newspapers, after any owner shift was made a millionaire by its investments of the past. Keiser Report it was mentioned on two occasions as the primary source that led them to know about the cryptocurrencies, and caring for this world.

The articles are satirical and videos of parody about Bitcoin on Youtube have also been a means for people to hear about the cryptocurrencies. Although the taunts were immersed in the content, one of the users told me their story said that even so it generated curiosity Bitcoin and had done a little research on the topic. However, the inexperience is always the first barrier. The same happened to me my dad and my, many fail to finish entering the ecosystem because they don’t understand the technical operation of Bitcoin and do not trust in their abilities to maintain a criptoactivo.Those who came to hear about Bitcoin in the years between 2004 and 2015, they encountered difficulties to understand the applications and companies that provided services at that time. Because it is an industry very young, many of their products were not easy to access and is needed prior knowledge to use them. Because of this, some of the people who told their stories in the thread of Twitter ensured that they lost the opportunity to invest early for lack of knowledge. Today there are apps much more friendly for novice users, as well as there is a greater amount of information available on the subject.When these facilities do not yet exist, the friends and the autodidactismo were the most common ways of entering the world of Bitcoin in its infancy. For example, the user @ibsennoguera pointed out that a friend showed him as undermine cryptocurrencies and taught him what he knew about Bitcoin. A story a little sad is that of @k3nob1, who lost about 100 BTC given away by a friend after this-send your e-mail Yahoo and did not understand the concept of the criptomoneda.

2009-2010, a friend gave me 100 BTC I control in my yahoo mail, I started to read the concept but I did not understand anything and gice to hn side, oh and the yahoo account the lost with everything and bitcoins 🤣🤣— Supreme leader (@k3nob1) January 3, 2020

Some users even heard about bitcoin in 2004 or when the criptomoneda was among the 200 dollars per unit. The user @jaleosanchez, on the other hand, learned about the existence of Bitcoin when the scandal of the Silk Road. Also, the engineer @rozgo said he learned of it in the year 2010 on the criptomoneda, by accessing it by means of coins of Second Life and other video games. Rozgo exchanged these digital currencies for bitcoins in markets such as VirWox, reaching even to pay the payroll of your employees with bitcoins in a hardship.

The stories are many and each plays to its protagonist in a particular way, since for some bitcoin may be a criptomoneda more or a technology that is not understood, but for others it is a paradigm shift that marks a before and an after in their lives. Perhaps by this power of transformation is that we always come back to the first time and think of that experience, as did our journalist Rafael Gomez to tell us how he bought his first bitcoins. What about you, how did you meet Bitcoin?Disclaimer: the views and opinions expressed in this article belong to the author and do not necessarily reflect those of Breaking News.