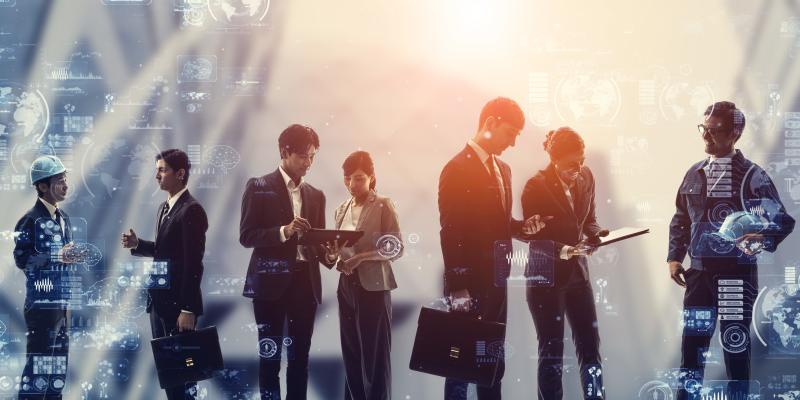 A study points out that the demand in the labour market for engineers in VR will grow over 1400%.The request for specialists in the blockchain is “cooled” by passing from 517% to 9% during this year.The changing labor-market technology will be a new trend in the recruitment of staff for the 2020. A research firm Hired points out that the demand for specialists in virtual reality (VR) or augmented reality (AR) will shift to the technology experts of accounting distributed (DLT) or blockchain in this cycle.The analysis called “State of the software engineers,” suggests that the growth of applications by staff in VR/AR already exceeds the 1.400%, a branch that the past year has not occupied a prominent place in the ranks. On the other side of the coin is the sector of blockchain, an area that in 2019, led the ranking with a boost of 517% in demand for staff, while for this year the figure is located in a 9%.A fact that called the attention of the report is that 67% of the managers of the information technology plan to expand their work teams, but that the incorporation of experts in blockchains is “the challenges of engagement”, a statement which does not specify the reasons.

With regard to the wages that they earn the specialist in implementing decentralized networks of this type, the report indicates that an engineer specializing in blockchain, located on the bay of San Francisco, will win in 2020 one 162.000 us dollars, 8% higher than the amount of last year when it stood at USD 150.000.In the case of Toronto, Canada, a charge of blockchain will accrue 105.000 dollars, 2% less than in the 2019 (USD 107.000). In London an engineer specializing in blockchain will have revenue by the order of 81,000 to pound sterling (USD 105.000), a rise of 18% in relation to last year, when the salary came in at 69,000 pounds (USD 89.700).In surveys of the developers also were asked about the technology that would be most interested in learning. In this section the blockchain took the fourth place after the machine learning, VR/AR and user experience.The dissemination of the analysis comes nearly a month after LinkedIn reported that blockchain was leading the lists of the most sought-after skill for 2020, something that does not agree with what was said by Hired, which would have its origin in the methodologies applied to the studies.Hired, interviewed software engineers in 13 cities that included data for nearly 400,000 requests for interviews and job offers provided by 10,000 participating companies. In the case of LinkedIn, the authors were based on the analysis of the profiles of their users that they were mostly hired.