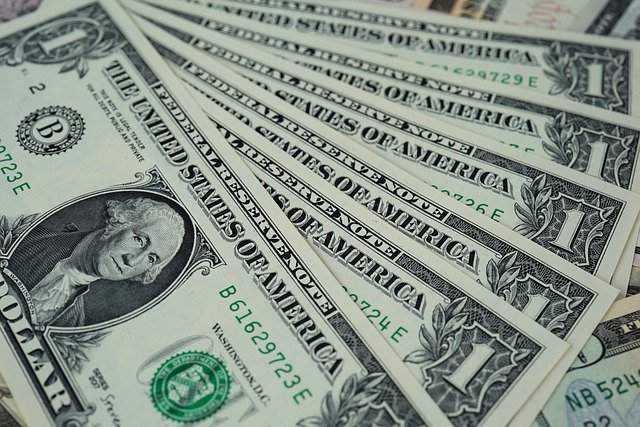 The balance sheet of the Federal Reserve is growing faster than ever before. With a little math we find that the Fed’s every Minute prints about 60 million dollars.
In the past few weeks, the US Central Bank has given everything to keep the financial markets afloat. As Neel Kashkari, President of the Minneapolis Fed, said in a recent media interview, there is “infinite cash”. Certainly, the Fed proves it by printing more currency in record quantity.

To understand how fast the Fed prints more USD, it helps, the Numbers break down.
In the past week, the Fed’s balance sheet increased by 586,1 billion dollars, which brought the total to a record value of 5.24 trillion dollars. The are around 84 billion dollars per day and 60 million dollars per Minute.
Special thanks to Vis (@Vis_in_numeris), has brought this to the attention of all interested Parties to be informed.

It should be noted that of this $ 60 million, which will be printed per Minute, normal people will only see a tiny, tiny fraction.

The Fed is fighting to keep the markets up and Running

The US Central Bank has taken in the midst of the global crisis, unprecedented measures. This week she has revealed, “to take unlimited QE measures”.
In addition, all US banks now have zero requirements for their reserves in proportion to their balances, which is a first. The crisis was clear for the first Time, as the markets were sliding at the beginning of the month in a record time of an all-time high in a bear market.
The pressure of new USD by the US Central Bank was already before this crisis is in full swing. Since 2008, the Fed has doubled the money supply of the dollar. Now that number has exploded further to a record level.
Ultimately, it will affect the purchasing power of the American population. With other words: There are “invisible costs” that are for the everyday life of the people is visible, if the world is to return the economy back to normal production levels.
Ultimately, it will be easier to argue in favour of safe havens such as Gold. However, it is also an Opening for the Blockchain-sector, where crypto-currencies of the world economy give an alternative understanding of values.
In addition, you take away the banks Power to those who are for the undermining of our financial power to the most responsible. And Bitcoin, there is still only a maximum of 21 million units.