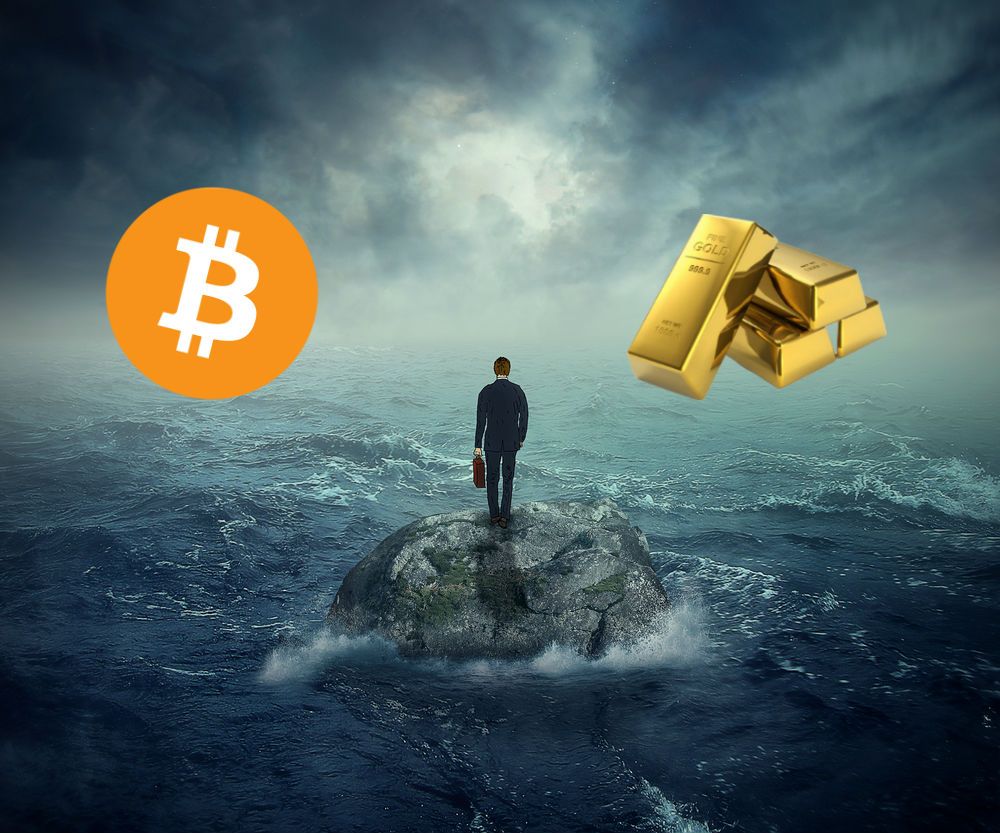 If there has been in recent years an event that has shown us the fragility of the human race, this has been the coronavirus. Despite not being as deadly as other communicable diseases. The unfortunate progress of the virus, has shown how little prepared that is the humanity to address a challenge of this type. Both in the health sector as in the economy, where investors have turned to asset store of value like gold and Bitcoin.

One of the worst effects that it has had the coronavirus, has been its impact on the global economy. Due to the rapid expansion of the virus in the continent of asia, dozens of companies have had to close their doors for the duration of the state of emergency. Affecting global supply chains, and therefore damaging to the world economy. This situation led to the biggest fall in recent times on the New York stock exchange. Which, although it has managed to recover in the last few hours, continues to be threatened with the advance of the virus, and with it the economic paralysis. Taking it that investors need to resort to asset store of value to protect your capital. That is, assets whose value is not directly related to the global market. So, when this falls, the value of these assets are not only maintained, but increased. Being shelters perfect for the investors of the world. And, among the assets store of value, gold holds a special place as the traditional refuge for investors in times of uncertainty. So, if we consider 1 January as the starting point for measuring the impact of the coronavirus in the gold (having been identified the first shoots to the end of December), we can see a significant increase in the price of this precious metal. So, for the January 1, 2020, gold is listed in the order of the 49.000 dollars per kilogram. Soaring, on the 6th of January until the 50.534 dollars per kilogram, hovering between 49.500 and 50.900 dollars. This trend was maintained until day 17 of February, when the acceleration of the expansion of the coronavirus led to the gold to make a leap up the 53.768 dollars per kilogram on the 24th of February. From where it pulled back, once past the initial euphoria, until the 51.411 dollars that is currently listed. Up since January, a 4,92% of the profits. The ounce of gold Troy was negotiated at US$ 1600 at time of writing

However, the gold is not found only among the options that are available to investors to protect their capital. As well, there is another active reservation is of value in dispute: the Bitcoin. And that is, the first criptomoneda of the world, has already shown on other occasions to be an important safe haven for capital in times of economic uncertainty, political and social. In this way, as opposed to events such as the bombing of oil refineries in Saudi Arabia, or the increase in trade tensions between the united States and China. The Bitcoin has increased its stock, as investors decided to invest in the criptomoneda, increasing its demand, and therefore, its price. The coronavirus outbreak would not have been an exception to this trend. So, if Bitcoin started the year trading 7.174 dollars per BTC, soon began a rising career that positioned in the 10.367 dollars for the 14 of February. However, contrary to gold, the price of the criptomoneda started to decline since then, slowly at first, and then in acute form since the 23 of February. Starting recently, by a recovery that has been positioned in the 8.868 dollars per BTC, a 23,61% profit. Graphics of the Bitcoin 2020

So, it is clear that investors worldwide have sufficient options to protect its value in times of uncertainty such as those generated by the coronavirus. Being both gold and Bitcoin options apply to place their capital, in the event of a derailment in the global economy. However, you should be aware that each asset has its own characteristics. So, the Bitcoin is characterized by a greater strength in their variations, which allows you to accumulate a 23,61% gain so far this year. But that also imposes on those who invest in the criptomoneda a constant surveillance of the crypto market, to be able to act in case of the bullish rally or the stability achieved by BTC comes to an end. For its part, the gold turns out to be an asset book value of great confidence and stability. Leaving aside the turmoil that could be taken to invest in cryptocurrencies as Bitcoin. But obtaining as a counterpart lower returns on investment, as the 4,92% that has accumulated since January, lower than the gain of BTC. Leaving, therefore, the decision about which assets to invest, on the characteristics and objectives of each investor.