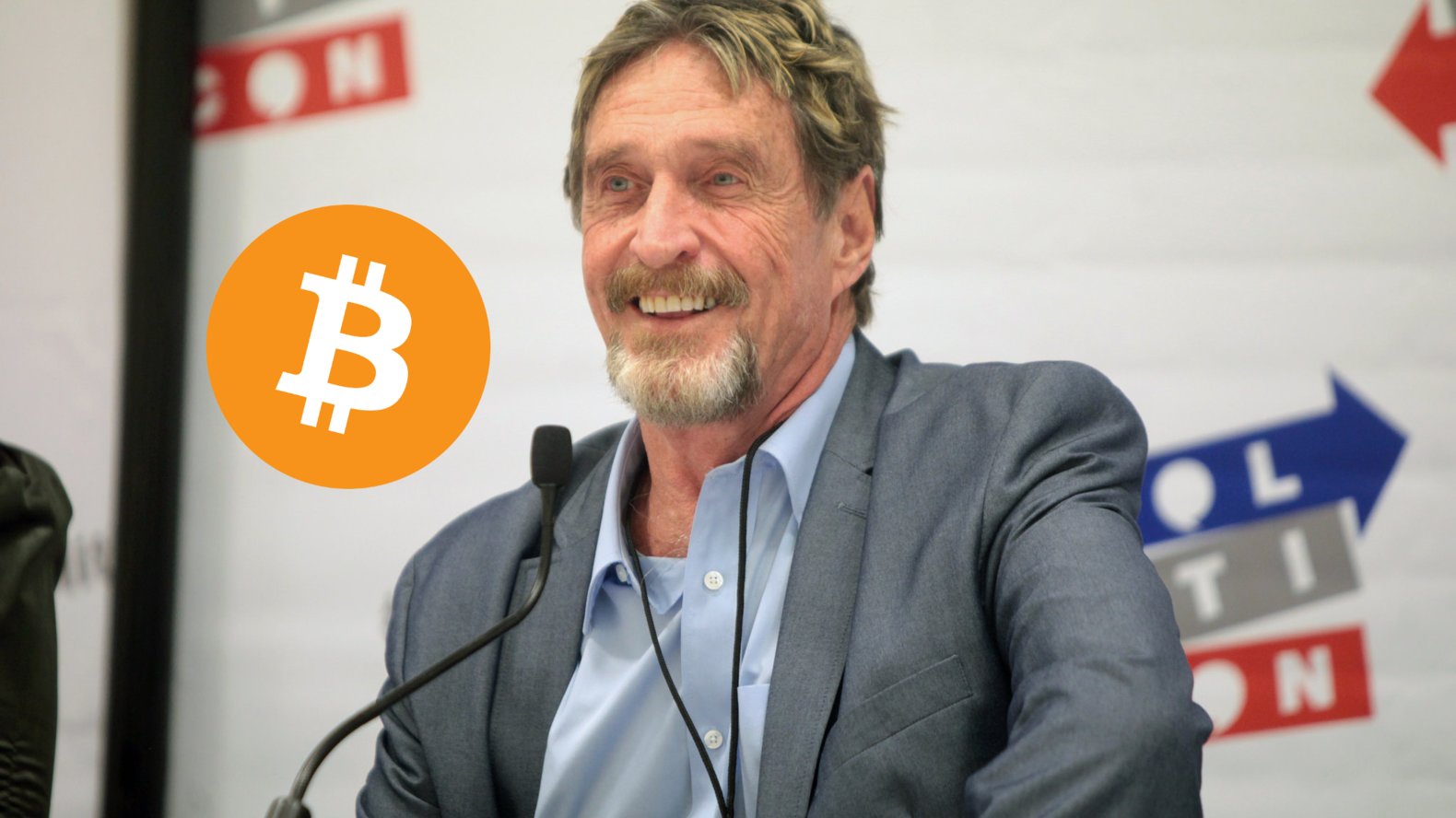 The community crypto has well-kept in-memory the about extravagant John McAfee, about the price of Bitcoin, which will culminate in the $ 1 million by the end of the year,followed by words extremely unpleasant. Although the interview had gone live on the national channel in the US, the magnate of the anti-virus removes these about dealing with the BTC asset without value.

Offended by the directness of a user who said that people were interested in his personality than because of Bitcoin, McAfee had no shame in calling the crypto-currency’s number one asset without value.
This change of opinion sharp has been an event disconcerting to the crypto-community, because these words mean that the baron of cryptos has turned its back on the Bitcoin. And yet, the character was believed more than anything in the return in force of Bitcoin even during his darkest periods in 2017.
While denigrating the crypto-currency, McAfee has declared that its appeal of $ 1 million was only a test of intelligence Quotient (IQ). And oddly enough, the character is currently in the process of promoting three other crypto-currencies, the Monero, Ethereum, as well as the stablecoin DAI.

I have no clue
Bitcoin is worthless.
— John McAfee (@officialmcafee) April 4, 2020

Note, in passing, that John McAfee currently has over a million followers on Twitter and that contrary to the opinion of this user, the Bitcoin is not the engine of its popularity.
Indeed, his Twitter feed contains lots of content intended to entertain its followers, which varies from a zombie apocalypse conspiracy of Jeffrey Epstein. All in all, its followers remain indifferent in the face of this surprising statement, and have not unsubscribed to the account of their favorite personality.
Do you think that John McAfee could one day give once again credit to the Bitcoin? Let us know your opinion in the comment section below.
(Be the FIRST to vote)
…