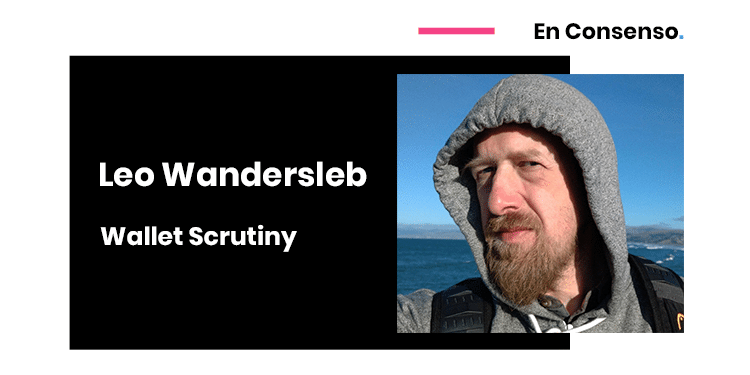 Leo Wandersleb works with portfolios of cryptocurrencies from several years ago, as a developer you know the weak points that any application can get to have, and more if you need to interact with other applications on-line. The portfolios of cryptocurrencies meet all of these rerquisitos, with the addition of manage criptoactivos, which makes them particularly attractive to thieves and hackers.Leo gave us a tour of the vulnerability more obvious on the security of the wallets in general, and some (well-known) in specific. His crusade for the compilation of the code of any key fob can be verified by third parties and secured against attacks and errors requires the participation of all users and to do this it is necessary to raise awareness.To have more episodes or early access, before the regular publication, sign up on the Apple Podcast, Anchor, Breaker, Google, Podcasts, Overcast, Pocket Casts, RadioPublic, Spotify, Stitcher, ivoox or RSS feeds.

What makes it safe in a wallet?The role of GitHub in the security.The advantages of Android security.A tour of the home of Wallet Scrutiny.About the handling of the 12 words.Wallets that are not BTC.Apps that are not wallets.Trezor and Ledger and their priorities in security.The business models of the wallets.The methodology of Wallet Scrutiny.A call to action: write to the developers and ask that the code can be verified.