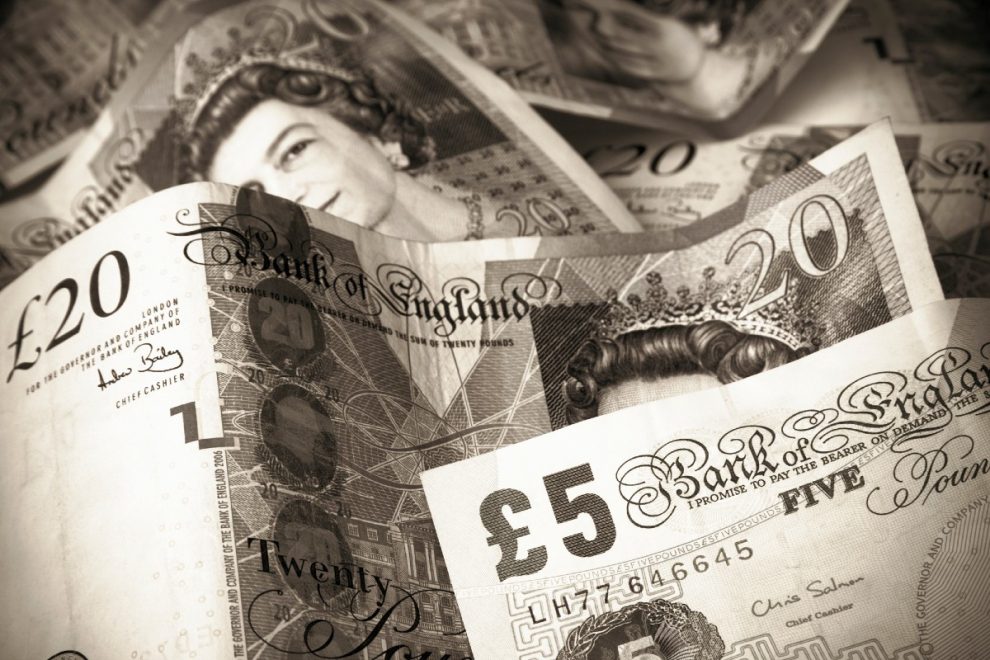 The pound sterling loses momentum in the Forex market, now that risk appetite is waning among investors.

The british economy has been the most that happened of the year and their currency the same. Since the political environment in the Uk has not favoured the performance of the pound.

Thus, many analysts believe that the performance of the pound will continue this way. The economic outlook for the Uk seems to not want to improve in the future.

The pound sterling lost ground and continues for roads complicated

The issue of Brexit has caused havoc beyond what is expected. Since the United Kingdom took this decision of independence, the investors looked with uncertainty to the currency british in the Forex market.

But now, the Brexit is not the only thing that has affected the currency british. The country the british have since the economic blockades began at the cause of the pandemic in Europe.

In addition to this, the british analysts said that the pound was going to improve his performance once the government lifted the locks of the services sector in England.

“We still believe that in the future, the Uk faces problems, and we believe that the economy will be worse than others in Europe”.

However, this multiplies disproportionately the cases of infection in the country british. Dismissing the possible good performance of the pound.

A new fall of the british currency

The pound sterling lost ground and went down this Thursday when the risk-aversion spread among investors in the Forex market, which increased slightly the appeal of the us dollar.

However, the dollar has not improved its performance, because, in the past two weeks, the american currency has played with a negative behavior in comparison to past moments in the period of pandemic.

In addition, the upbeat data of chinese growth failed to lift the sentiment of investment.

Therefore, the increase of political tensions between China and the usa.UU, coupled with the weak performance of the chinese economy to truly lift the economic promise, it did not generate enough confidence.

In the case of the Pound, one of the relevant factors that caused this low, was the publication of the figures of the payroll employment of british companies. The number of employees decreased in 649.000 from march to June.

But the biggest declines occurred at the beginning of the economic blockade by the coronavirus. People on payrolls fell in most of 74.400 in June, compared with 450,000 in April and 124.000 may.

In addition to this, the data of the gross domestic product british for may increased less than expected.

As well, investors wonder whether the fiscal stimulus measures already announced, and the discussion of the economic agreements with the EU will be sufficient to shore up the british economy.

Quote the Pound Sterling at the date

At the time of writing, the pound sterling was listed with his pair GBP/USD $1.259. The pound has been under pressure because the dollar is trying to recover because of a decline in the appetite for risk.

In summary, although the pound seems to stay within your range weekly in the Forex market, the analysts see ahead more moments of casualties on the performance of the british currency.