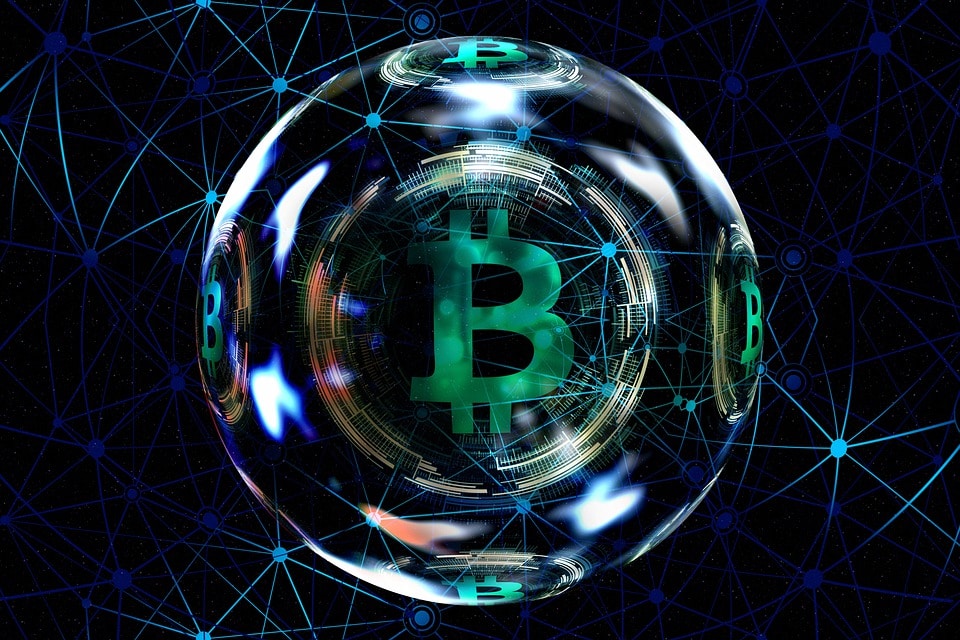 Market day is a summary of only the news that move the economy bitcoiner. Is sent in advance by e-mail to a list of subscribers and then published every second Monday in Breaking News. If you want to have the information in advance, please subscribe to the list here.

Before the halving of Bitcoin, Breaking News raised a hypothesis about the likely evolution of the price of BTC after the occurrence of this expected reduction of the reward to the miners. From the analysis of the two halvings above, it was plausible to expect a price rise in the medium term and of lesser magnitude than those occurring in 2012 and 2016.

Although after the first halving occurred, a rise in the price almost immediately, in the case of the second halving more than a year before it goes through a major surge in the price.

What occurred almost immediately after this halving, which occurred on the 11th of may last, was an increase in the volatility of the price of bitcoin, calculated on the basis of the values of the last 30 days.

The volatility of bitcoin went abruptly from 3% to 4% immediately after the halving.
Source: buybitcoinworldwide.com

According to the chart buybitcoinworlwide.com just in the moment in which occurs the halving, the volatility goes from 3% to 4%, while in the last two weeks, recorded a decline notorious that breaks the resistance of the USD 9,000 and then reborn to overcome the USD 9,500 the last few hours.

The rally of the past few days, although it does not reach the proximity of the landmark psychological us $ 10,000, is very probably linked to the support of institutional investors, especially the repeated mentions in the media dedicated to the industry of the cryptocurrencies to the investment manager of Grayscale and your background Grayscale Bitcoin Trust (GBTC). The firm has added close to 20,000 BTC to the fund GBTC as of may 11, which exceeds the number of BTC mined since that date.

Watching a little more closely at the operation of this fund, investors pay a premium important for the management of the funds in BTC, between 20% and 30%. Such has been the value of the return of the fund, that institutional investors accept this high-margin commissions to distance themselves from the direct handling of funds in BTC.

In a prospectus of their funds based on BTC and ETH, published by Grayscale on Twitter, it will be appreciated that in the case of bitcoin, to this 27 of may, the price of a share of the fund GBTC is USD 8,69, while the price of the stock in the market is USD 10,54, which represents a premium of 21,28%.

Another trend that underscores that institutional investors are approaching bitcoin as a means of investment, can be seen in the futures markets of bitcoin, through the so-called open interest, which measures the number of contracts options open at any given time. Regardless of the volume of contracts that closed in a given time, the open interest is a measure of whether the flow of money into contracts and options is increasing or decreasing.

In mid-may, the open interest was USD 532 million, while the trade volume was USD 300 million, which means that merchants prefer to take long term positions that trade actively.

The boomerang of Goldman Sachs

It could be an extraordinary coincidence, but a few attacks to bitcoin seem to have had a reverse effect on the evolution of its price just as prominent as the conference of Goldman Sachs, on Wednesday 28, directed to investors and aimed at the analysis of the impact of the Covid-19 in the economy.

At the conference, whose materials were distributed in advance, it attacked the main criptomoneda not only with the hackneyed argument that favors “illegal activities”, it was also argued that “the cryptocurrencies have received an enormous amount of attention” but that does not constitute a “category of assets”.

Perhaps the argument is more weak was the one who debunked the scarcity of bitcoin, stating that “three of the six cryptocurrencies most important of them are forks or clones of identical Bitcoin (Bitcoin Bitcoin Cash and Bitcoin SV)”.

https://t.co/DhRxKObjXF$ETH has been a dominating presence among our tracked Emerging Trends platform, and it has continued to gain on $BTC and much of the #crypto markets. +13.1% in the last 7d and +6.6% in the past 24 hours alone, it has seen sti daily active addresses continue to pic.twitter.com/hxCONtfBC9

The market analysis firm Santiment, published on his Twitter account an interesting interactive graphic in which brings together the price of ETH, the price of BTC and the address of active ETH every day since the first of may. The highlights: for this Saturday, may 30, ETH was ahead of BTC in the price trend, with 19% growth in the last 7 days and 9.9% of the rise in that last day.

Argentina forces sale of cryptocurrencies to applicants of foreign currency

A resolution of the Central Bank of the Argentine Republic (BCRA), issued this Thursday, may 28, obliges the companies established in the country, with assets acquired in foreign, to dispose of them to pay its international obligations before they come to the institution to request foreign currency.

The cryptocurrencies are referred to in this resolution, regardless of whether these are stored in foreign countries or in the country. That is to say, if an argentine company has to pay a debt to an international supplier, must have their own currency and crypto assets to honor its commitment.

Devcon 2021 will be in Colombia

The team of Ethereum announced through their official blog that the developer conference Devcon 6, will be held in Bogotá, Colombia, in 2021. The event will be held in the Ágora Bogotá, a convention center located minutes from El Dorado International Airport of Bogotá.

Noted in the blog that one of the goals of this event is to bring together participants from various Latin american countries. The intention is to make a large part of your users from that region to be integrated into the community of Ethereum to grow the global ecosystem.

On the path toward greater privacy for the transaction of Bitcoin, the developer Chris Belcher disseminated on the mailing list of the developers of Bitcoin, a design of an implementation based on the technique CoinSwap. The proposal, originally submitted by Greg Maxwell in 2013, allows you to camouflage the transactions without custody, with the aim of improving the privacy, starting with what raised in the exchanges atomic.

Belcher said that he will continue working on the development of stand-alone software that will convert the tool into an application for wallets in bitcoin.

The results of a survey organized by The Tokenist showed that there is a significant increase in the trust towards Bitcoin, from 27 per cent in the last three years. More than 45% of the people surveyed prefer Bitcoin over traditional assets such as stocks or gold. 68% of respondents are familiar with Bitcoin; 78% of millennials surveyed have knowledge about the criptomoneda, and 14% of this segment have had bitcoin.