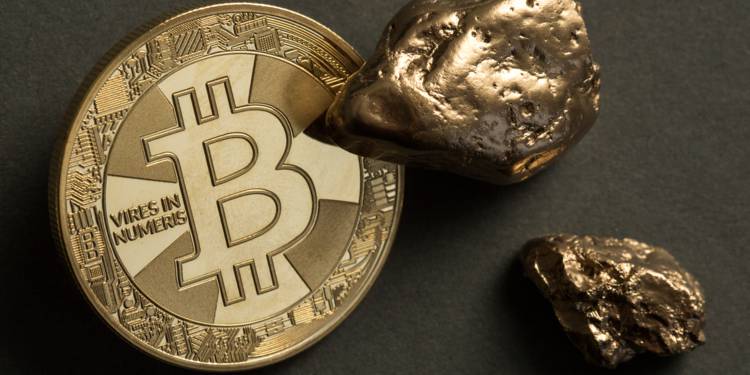 Renowned for declarations extravagant when it comes to crypto-currencies, Mike Novogratz has again bet on a big performance of Bitcoin in the coming months. In a statement on Twitter, the guru of the digital currency number one has bet on an explosion of the course, which will propel the Bitcoin to gold.

Bitcoin will surpass both gold and treasury notes

Taking advantage of the poor economic conditions of the finance traditional, the ex-hedge fund manager and not least influencer of the digital assets, has announced its new predictions for the evolution of crypto-currencies, and specifically Bitcoin over the next few months.
Novogratz is based on the data of the stock market and trade worldwide during the pandemic of sars coronavirus to bet on the rise in power of the course and the reputation of Bitcoin in the face of gold and other platforms currency such as treasury notes, declaring :

“I will make a bet for dinner anywhere in New York that the Bitcoin outperforms both gold and Treasury notes) during the next three months, and I love the gold… Give it a few months. “

The proliferation of the sars coronavirus has floated a sense of insecurity in the world of finance and mainly in the sector of foreign currency traditional. In this case, the global monetary system currently encounters a blockage caused by the stagnation of trade, and market policies in the world. In addition, households and investors seem to be rushing to platforms that are less dependent on this system, managed by the rulers to secure their assets via the crypto-currencies such as Bitcoin.
In this perspective, She has all the reasons to expect an explosion of the currency of Satoshi Nakamoto for the next few months, or even years to come. Also, his statement on Twitter has been approved by other observers like Mike Duda, who has also placed his trust in the Bitcoin.
What do you think of these statements of Novogratz on the near future of Bitcoin ? Give your opinion in the comments section.
(Be the FIRST to vote)
…