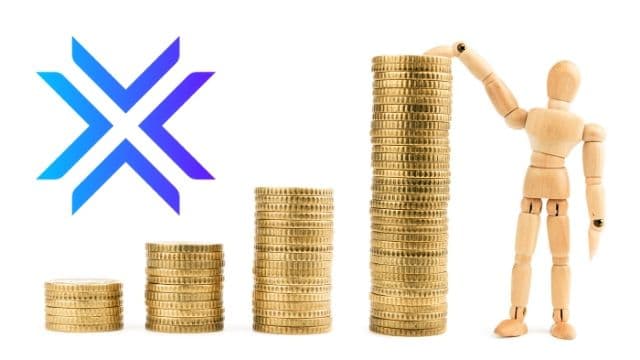 Exodus offers its users the possibility of earning interest by keeping the DAI in their portfolios, thanks to their new application called Compound.Finance.The application of Exodus, launched at the end of march, allows users to generate interests. In that sense, according to the information disseminated by Exodus on Twitter, the interest that currently offers round the 5,63% based on the amount saved. This motivates the company to compare its services with those of traditional banking in the usa which offers 0,09% annual interest. It is noteworthy that the rate of interest offered by the application is changed, and has gotten to 8,08%.As its name suggests, the application uses a system of compound interest. Earnings that accumulate in the portfolio are taken into account when calculating the amount to pay, based on the percentage of interest.In addition, the interest is generated with the confirmation of each block in the network of Ethereum. The gains are received by the users in the stablecoin DAI, which is the token chosen by the application to pay the interest to the users.

According to what has been described by Exodus in a recent publication, the protocol of Compound.Finance has had good receptivity on the part of investors. In this regard, they point out that for the 26th of march, 18.284 users, lenders and borrowers, they trusted their money to the protocol. At that time, the daily volume generated by Compund was approximately USD 22 million.Compound.Finance is one of the major applications of finance decentralised (DeFi), as explained by the team of Exodus, which adds that, in addition to providing profits for interest on savings, the company is considered as one of the cornerstones of the growing ecosystem DeFi.Breaking News explained in a prior publication how it works the platform of loans, of Compound, based on Ethereum. According to the statistics of DeFi Press, in which you specify the amount in dollars deposited in this system, there are currently about USD 86 million deposited. For the 23 of February last the amount deposited in the system was approximately USD 173 million.