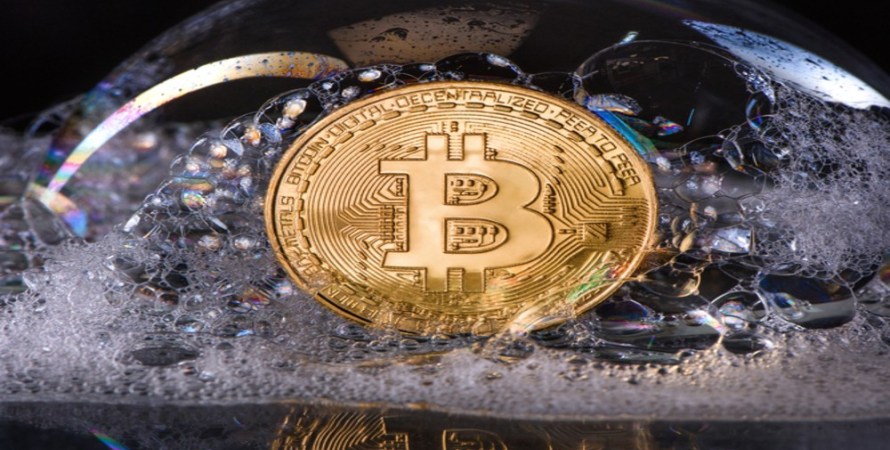 Recently, in the podcast of Anthony Pompliano, spoke to Peter Schiff on Bitcoin. The interview lasted for about 51 minutes, during which they spoke about the current economic crisis unleashed by the Coronavirus. It also commented on some future prospects of the dollar and Bitcoin, like gold. Currently, Schiff is located in Puerto Rico. He is known to be a maximalist of gold. Also, is a stock broker who currently serves as the president and owner of Euro Pacific Capital. On the other hand, Anthony Pompliano is one of the most faithful advocates of Bitcoin, and is the co-founder of Morgan Creek Digital

Schiff on Bitcoin, and the actions of the FED

For Peter Schiff, currently the FED is trying to apply measures used in the 2008 Crisis, but on a larger scale. At that time the bubble occurred, the FED stepped in and that prevented the recession run its natural course. That is a good thing. According to Schiff, at that time the tax authorities of the united States re-inflated the bubble and they succeeded in it.

“Instead of a solution, we have a bubble and as soon as the air starts to come out of it, the FED will try desperately to fill it”.

Other comments by Peter Schiff in this area were related to the possibility of hyper-inflation after this crisis.

“Perhaps there is hyperinflation, I used to think that this was the worst scenario but now I think that is the most likely case”.

Some other comments of yours about the economy were not encouraging: “What we go through will be worse than what was experienced in 1930 with the Great Depression.“ According to him, the united States leads to a devaluation of money because “the government is giving checks that will count for nothing if there is nothing to buy“. Peter Schiff defended categorically the advantages of the gold against Bitcoin in the interview with Anthony Pompliano in your podcast. Source: CriptoTendencia.

Do the measures taken are the most appropriate? No, according to Peter Schiff

The Coronavirus has broken all the chains of production in the world, so there will be less things to buy. Therefore, Schiff is with concern the failure of the government to print more money.

“The government is creating more money, while there are less goods and services they buy, and that promotes inflation.”

Before this, Pompliano asked Schiff, “If the government prints money today, that will happen within 5 years?“. The answer was quite blunt: “I Think this is the end of the global dominance of the dollar as a reserve currency.“ As well, introduced the topic of Bitcoin and gold, and the discussion on which would be the best alternative. At this point in the podcast, Peter Schiff highlighted the role of gold in these moments. For him, the only solution is for the dollar to return to the standard of the gold.

What currency will take the place of the global reserve if the dollar fails? Pompliano and Schiff discuss Bitcoin and gold

“Any currency. The most logical thing is to go back to what worked before the dollar and that is the gold,“ replied Schiff. When the time came to talk about Bitcoin, the interviewee said that he does not see Bitcoin as a replacement option of the global reserve. To do this, Pompliano said no doubt of the advantages of the gold in the current environment of monetary system. However, ensures that Bitcoin will have better returns for the simple fact to be more volatile. In addition, it is more scarce and more easy to use than gold. Peter Schiff was not slow in responding. “To me that sounds like a bubble. I don’t know how you’re so sure that it will not explode“, he stressed.

Arguments in favour of gold, and to the detriment of Bitcoin

According to Schiff, the gold has less increase in production per year that Bitcoin. It also has various sources of demand (jewellery, central banks, etc.). Meanwhile, Bitcoin “has only to those who are interested in speculating on its price. Once no one wants to do this, you will lose sense“. However, Schiff did not deny the possibility of that Bitcoin do another climb to the top but it is very poor according to him. For its part, Pompliano defended the volatility of Bitcoin as one of its advantages, and Schiff agreed with this partially. The latter explained that this was only a positive for those who have a goal of trading.

After this conversation, both experts came to some interesting conclusions. First of all, Bitcoin has to shine in the next 18 to 24 months, or it would not have fulfilled his promise. Schiff said that Bitcoin can’t be defended with its development in the last 10 years, as “not enough to say anything.“ Also, he objected that Bitcoin has not been confronted to a financial crisis, and this would be her first time. Then, they agreed that the gold will have good performance in the next 2 or 3 years as well as it did at the exit of the crisis of 2008. But, when it comes to Bitcoin, Pompliano ensures that you will also have a good performance and Schiff estimated otherwise. In this respect, Schiff elaborates by saying that even though Bitcoin does so well in that time, he will not in the long term because it is a bubble. Even, commented that for him it is a bubble that has already exploded and will not reach new caps are high in price. Here you can see the full interview in the Podcast Pompliano. The analysis of Peter Schiff are totally anti-Bitcoin. What do you think? Are you one of those who thinks like Peter Schiff on Bitcoin, or you stay on the side of Pompliano?, tell us in the comments.