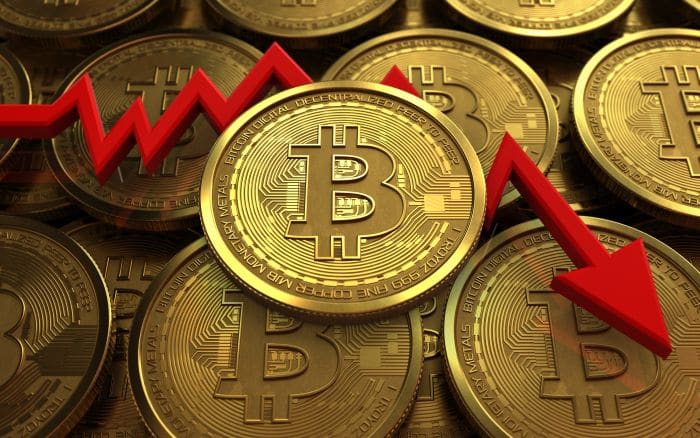 With all the market in red, even the stablecoins are slightly below the USD.The decline has been widespread in other markets, including oil and gold.A new day marked by the panic before the spread of the coronavirus by the world has left the price of bitcoin to drop by over 20% in the last 24 hours. At the time of drafting this note, BTC has a value of USD 6.114, on data from CoinMarketCap.According to the same source, the fall has been exactly 22,19% in the period, as described above. At the beginning of that period, the price of the main criptomoneda of the market was over USD 7.800.Although between this Wednesday and Thursday, the fall has been mentioned, the biggest losses came in the last few hours, when BTC fell from USD 7.300 USD 6.100. At one point, the value of the criptomoneda in the market came to be below the mark of USD 6.000, but recovered quickly.In the middle of the overall drop in the market of cryptocurrencies, other major according to their market capitalization have fallen in percentages higher than bitcoin. In the top 30, a total of 12 cryptocurrencies have lost at least 30% of its value in the last 24 hours. That list includes bitcoin cash (BCH), monero (XMR), zcash (SACS) or tezos (XTZ). ETH and LTC are near those levels too, with more than 29% of the low.The current levels of bitcoin stood at the criptomoneda with losses close to 18% so far this year. This contrasts with the good start of 2020 that had bitcoin on the market, living their best January in 7 years; in addition to representing a behavior inverse to that expected given the expectation for the reduction to half of the rewards of mining, the long-awaited halving.

Climbing the coronavirus and global downturn in the markets

The fall this Thursday, seems to corroborate the thesis of the analyst and operator of markets Alberto Cárdenas, who recently stated that he hoped to see bitcoin even around $ 5,000.The framework of panic living the markets and the current crisis by the coronavirus, would be focusing on the price of bitcoin, as investors seek to liquidate their positions to have greater liquidity against contingencies generated by the situation at the global level.In the oil market, for example, the fall of the last hours has been higher than the 6% in the case of WTI, the main benchmark in the oil market of the united States. Even the gold shows losses above 1.5%. In the last 24 hours, this asset has lost about $ 30 in value and is closer to the mark of USD 1.600 an ounce.

All the fall of the market will be just after the World Health Organization (WHO) declared it officially the outbreak of COVID-19 as a pandemic. Also the president of the united States, Donald Trump, announced a series of measures as a response to the spread of the disease in a u.s. territory, among which stands out the prohibition of entry to flights from Europe.Also, the infection of an NBA player took to the authorities of the league to suspend the season until further notice, while in the european football two players from Italian side Juventus have given positive to the test in the last few hours. Another public figure who was caught, was the actor Tom Hanks. So declared the same Hanks, who also reported that his wife, Rita Wilson, gave equally positive for the coronavirus.