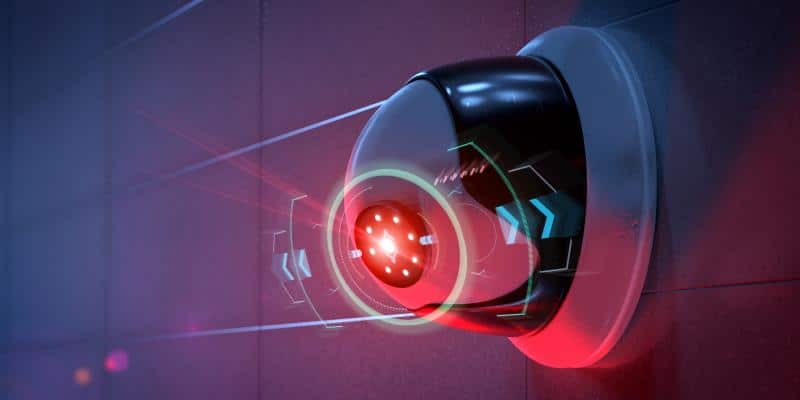 The privacy, every day more and more valuable each day more scarce and difficult to get. In our days it requires much work and knowledge to increase our reserves of privacy. And by more dedication that a few individuals put in erecting walls against unwanted eyes, without a global effort to protect our human right to privacy, the asymmetry of power in relation to those who have the tools to look at everything without being looked at, we will end up leaving in frank nakedness and helplessness in the face of censorship.Yes, that sounds dystopian, a paranoia almost clinical, but it is a present. The most obvious example is the Credit System of Social chinese, where the access to goods and services will depend on the points earned or lost by the citizen, depending on his behavior. There is also no privacy of payments: with China being one of the countries with greatest success has removed the cash, if you do not use applications of centralized registry such as WePay or AliPay –although, if you forget you mobile, as you can pay for your face linked to your account– you’ll have great difficulties. This increases the control over the expenses of the possible dissent.No country is exempt of falling into totalitarianism, and it is uncertain how it will be used our data in the future. But you do not need a totalitarian regime to exercise controls and supervision over the money. In the western democracies increasingly proliferate limitations in this regard, as the fact that you have to justify to the bank every time you withdraw higher amounts of your account, having to ask permission to use your money. Also, recently, we met the case of a bitcoiner venezuelan resident in Spain, the twitter user BTC Lovera, to whom he was threatened from Banco Sabadell, close your account if you kept buying cryptocurrencies:

Today my office manager called me to tell me that if I continued buying cryptocurrencies I would cancel my account. I asked her where it was written that policy and good we had a discussion and told him that tomorrow I would go to close my account.

Before the censorship and the permission, the question arises: who then is the money?

Being condescending and putting ourselves in the shoes of the banks, with the understanding that they were not going to simply remove the monopoly on money, they also proliferate more and more cases of services based on cryptocurrencies that censor their users by using privacy tools, not to mention the exile, which suffer projects focused on anonymity as Monero, several centralized services. Let us remember the recent case of Paxos, home exchange centralized that he has asked one of its users to confirm whether it had withdrawn its funding to a service mixing of cryptocurrencies.

Wtf?? Apparently you are not allowed to do what you want with your bitcoin once you own the keys. Fortunately that’s not how Bitcoin works, but the level of chain analysis here is alarming. What is a correct response? @MartyBent @matt_odell @vandrewattycpa pic.twitter.com/BhMDThLHGc— Ronald McHodled (@RonaldMcHodled) January 28, 2020

The user Ronald McHodled had sent their coins to a personal address from the wallet focused on privacy, Wasabi, which uses the mixing system of CoinJoin of Chaum, on the Tor network, to protect the financial information of its users. A CoinJoin is a mechanism in which multiple participants combine the UTXO of their coins in a large transaction with multiple inputs and multiple outputs, by obscuring the tracking of what outputs correspond to each input. Not even the company of surveillance specialized in chain blocks, Chainalysis, has managed to make monitoring.Yes, once you mix the coins, these will recover to its fungibility and may be used without trace. But, apparently, to identify that a transaction was sent to Wasabi is something easy to discover. Binance has also shown that tracks transactions of its users even when they leave their platform, but goes a step further and reaches to “suspend the withdrawal due to risk management”, and to ask for explanations of why the user is removed to an address of Wasabi, and until requested documents in support of current occupation and income range.

Bitcoiners be warned: this is what happens if @BinanceSGD finds you withdrawing to @wasabiwalletNot surprised that my transactions are tracked, it’s KYC after allBut I’m very concerned that Binance knew I was sending to wasabi, when all I input was to bc1 address, nothing more pic.twitter.com/T6ePjahESY— Catxolotl (@bittlecat) December 19, 2019

Let’s say, as said the director of Binance, Changpeng Zhao, who is not a decision of the company, which only follows the regulatory requirements in the area of Know your Customer. In that case, it seems that the financial privacy will be execrada of the centralized services of cryptocurrencies.Until now, Wasabi has been the only service that has raised alarms for public. Do you run the same fortune other services mixed as a Whirlpool of Samourai, or JoinMarket? What will happen with Liquid, the sidechain of Blockstream on Bitcoin, that is between their value propositions to be able to send representations of BTC to exchange houses, to trade more rapidly and without disclosing transaction amounts, using the so-called Confidential Transactions? And what about Lightning Network, the network of payment channels that enhances the scalability of Bitcoin but at the same time increases the privacy of your transactions?You have to admit that the lack of privacy-by-default in Bitcoin is one of its greatest weaknesses, as it is very likely that, going forward, all of the tools added to strengthen the privacy you will find obstacles in order to be accepted in the centralized services, which, unfortunately, are the majority.But even with updates on-chain, such as signatures, Schnorr, or Taproot, that increase the privacy and fungibility in the code base, it is worth asking how the centralized services will treat Bitcoin in the future. What you will exile your offer, as he was exiled to Monero, the criptomoneda more liquid of this industry? It seems unlikely, but it is a possibility.

To the contrary of what they believe those who repeat themselves, so unthought-of a phrase of apology to the monitoring (“if you have nothing to hide why do you want privacy?”), this is a matter of utmost importance for the protection of freedom. People do not act the same way when they know they are monitored. If freedom is, following Isaiah Berlin, the possibility to be or do without interference from another, the surveillance makes it impossible for the freedom, always have this as interference with the eyes of another person. In addition, no privacy is not possible intimacy, that is to say, the right to an interior life.But descending from the abstract to the concrete, which may be made up of transactions in the chain and be linked to the UTXO of a particular address to the identity of a person, may endanger his / her own physical integrity, the whole time you would know how much money you have, and malicious actors could launch an attack –a kidnapping, for example– to steal your private keys. So, the privacy issue is a matter of vitality, material and spiritual.For this reason, we believe that the proliferation of services peer-to-peer, p2p, is one of the best warranties and resistors that can be exercised before the invasion of the privacy. Exchange platforms such as Hodl Hodl have proven their usefulness to protect the identity of users and to facilitate exchange fiat-bitcoin; markets like Open Bazaar also serve to achieve these objectives and to trade goods between pairs. The fact that these platforms are native to the Internet, without being established in a physical geography accurate, increase privacy and protection against the censorship of their users, and it complicates the possible regulations of the service.There are several ways to increase the privacy and security of transactions in Bitcoin –run your own node, complete and validate your transactions is one of them–, but there are still difficulties of usability in the services that become, if not exclusive to advanced users, at least difficult to use for novice computer users to not be implemented by default.Jameson Lopp, co-founder of the company of nodes, focused on usability, Home, anticipates that the next great battle in Bitcoin will be around privacy. Here we think that war has already begun. It is the responsibility of each one of the users to resist and to disclose the importance of this to the privacy and decentralised services are a standard in the industry.Disclaimer: the views and opinions expressed in this article belong to the author and do not necessarily reflect those of Breaking News.