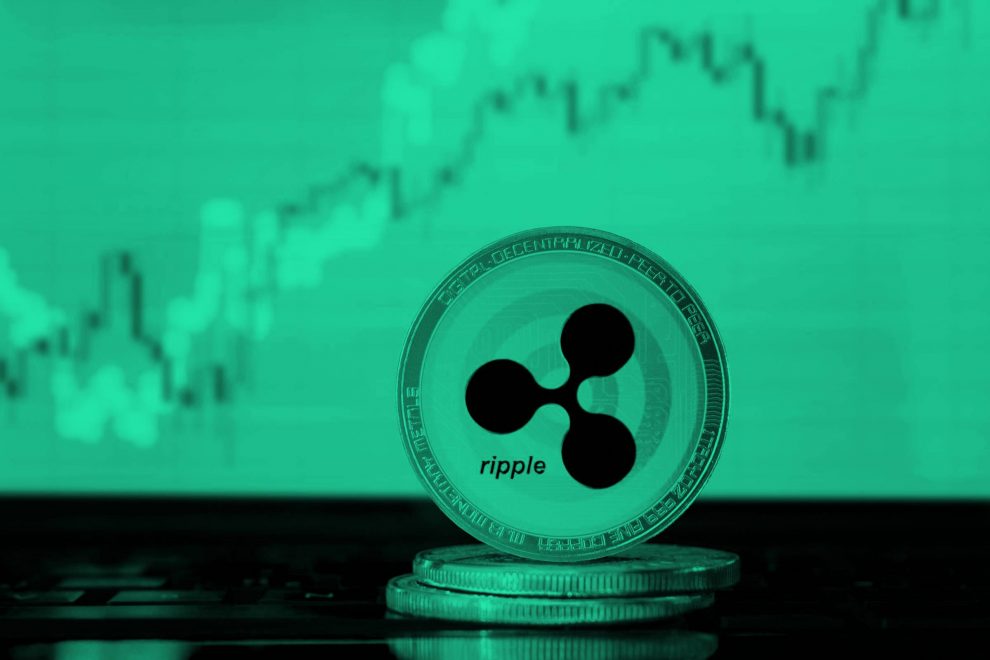 Ripple’s CEO, Brad garlinghouse spoke this Tuesday (08.10) in Manhattan, in the context of ‘The Economic Club of New York’ and let it not take swipes to distribute against the competitors Swift. Swift has with its international payment network, to the over 11,000 banks and financial institutions, a Quasi-monopoly in this market.Garlinghouse said in his speech that the banks Swift like, XRP an improvement of Bitcoin and Ripple solve in combination with XRP, a 20 trillion Dollar Problem.

Ripple and XRP to solve a 20 trillion Dollar Problem

Even if Swift is making some efforts to create their own payment network more attractive by transaction costs are reduced and the duration of said garling house in Manhattan that banks Swift like as before, (engl. banks don’t like Swift).At the current time, the battle between Ripple and Swift was well with the David vs. Goliath story: so Swift is currently one of the 11,000 banks and financial institutions in the private network, wherein there are at Ripple “only” 200 banks and financial institutions. However, to solve Ripple is a real Problem, the Garlinghouse estimated at 20.000.000.000.000.000.000 US Dollar. We take a look at the specific statements:

We have an approximate total of 20 trillion US dollars, which is moved every year across the borders. The current state looks like this: the current network (meaning Swift) is full with bugs, slow, and expensive. It is really broken. When I speak with banks, it is a wonderful thing for me, because banks Swift not like at all. Are you frustrated with Swift. Your customers Swift don’t like. Yes and exactly this is the perfect starting point, if you sold a product in this area.

The following Tweet refers precisely to the neck, in which garling house responds to the aforementioned points:

XRP as a bridge currency liquidity by the native Ripple Token

Because of the event based audience of experts and industry representatives, but also from “Newbies”, a garling house again explicitly on the use and essence of XRP in the context of Ripple. He stressed on the one hand, that XRP is a “development” of Bitcoin and the scaling problem BTC solves. On the other hand, he said, that Ripple have due to the fact that it has 55% of the total XRP stock, a large interest in the success of XRP. Literally, this sounds as follows:

The original engineers that developed the XRP Ledger, were early Bitcoin developers, who have noted that Bitcoin has a scaling problem.

He then explained in simple words the differences between XRP and Bitcoin:

The idea was the Following: if you’re Mining, this makes for slow transactions with the time. In addition, the transactions will be expensive. There are better ways to do this. And so, our engineers have developed a new mechanism – I don’t want to go too deep in Detail, but to put it in simple words summarize: XRP requires no Mining to verify transactions.

Last, but not least, garlinghouse went on to the (often criticized) distribution of XRP:

These newly described group of engineers has now developed the XRP technology. It is an open-source technology. Ripple has a lot of XRP to be more precise, we own 55% of all the XRP. It is so obvious that we are very interested in the fact that this Ecosystem is successful.

Ripple with XRP is a real Problem – the Rest Is just speculation?

Interestingly, referred to garling house the Rest of the crypto market, largely as a speculation. Many of the crypto-currencies solve – in contrast to Ripple with XRP is not a real Problem. Nevertheless, the total market with a daily trade volume of 40 – 50 billion US-Dollar is very liquid.

I think that 99.9% of Crypto is trading pure speculation. This is an impressive number. There are 40 traded 50 billion per day. The market is actually very liquid.

Now we come to one of his (in my opinion) the most exciting statements, as he has hit the nail on the head. Because in the medium to long term, Garlinghouse, depends on the value of a crypto-currency of the actual application and solution of a problem in the “real” world. Garlinghouse makes this a tangible example, and then declares that the Real-World Problem in Ripple with XRP solves.

Ripple uses XRP, in order to solve a Problem from the world of banking. I would like to use a small anecdote: If we were to make a bet, who would I first and thus the fastest way to $ 10,000 here before being transported to London, win. I would go to the JFK airport and to fly to London; Yes, that would be the fastest way to move money. This fact is in the year 2019 and the age of the Internet, really amazing.

Then garlinghouse comes to the actual application purpose of XRP and stressed that in addition to Ripple even more companies that work with the XRP.

We use XRP so in order to help banks to simplify cross-border payments. In the XRP world, however, there are other companies that do other things, such as, for example, micro-Payments, or identity management. Different things with open-source technology of XRP. Ripple focuses on the banking industry.

Garlinghouse optimistic about the future of XRP

The Ripple CEO closes the Talk with optimistic words for the future of Ripple and, in particular, XRP. He said that a Stablecoin, like USDC, the Coinbase and Circle have created an interesting thing, to minimize the volatility risk. But still, you should be able to then convert from dollars to Pesos. So there must be something that beats this bridge. And that is exactly what Ripple with XRP does. He said

XRP let us as the most efficient, most liquid, and easiest-to-use Medium for cross-border payments to make. We sell the connection of two endpoints; we sell the API, so that organizations on both sides can connect. And when hundreds of banks use XRP for it, Yes then I think this will do to the liquidity of XRP is very good.

75 % of private CFD accounts lose money. No EU investor protection.Garling house looks glorious times for XRP and Swift attested to a large unpopularity. Self-interest or legitimate statements? Come in to our Telegram Chat and talk with the experts and the Community. Subscribe to our News channel to not miss any News. (Image Source: Shutterstock)