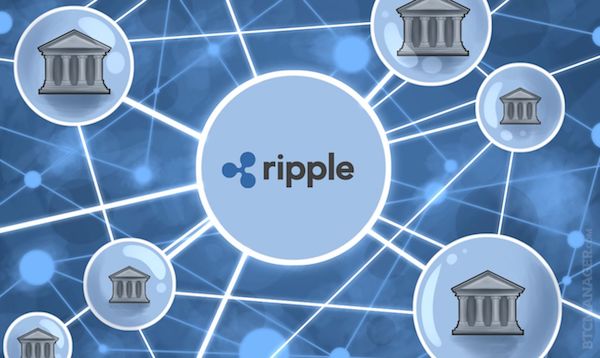 Ripple’s Chief Market Strategist Cory Johnson is optimistic that the concern for cryptocurrencies will be well received by the U.S. government. In addition, it explains for the repeated time the difference between Ripple and XRP. Beyond that, the former journalist has to report some interesting aspects to his employer as well as to his personal career.

Since the beginning of 2018, Cory Johnson has been Chief Market Strategist of the crypto company Ripple, best known for the release of the Token XRP. Since then, he has been particularly noticed for denigrating Ripple’s fusion with the cryptocurrency Ripple XRP and for emphasizing the independence of XRP. In an interview, he now gives insights into his work as one of the leading minds at Ripple.

Away from journalism, inside into the large business

Before joining Ripple, Johnson worked for the Bloomberg news agency for over eight years. Prior to that, he worked for the US TV channel CNBC, among others. As his main motivation to give up journalism for Ripple, he names the potential offered by his current position. Ripple is an excellent start-up, but it is misunderstood and wrongly criticized in many quarters. This is where Johnson wanted to start.

Thus Ripple pursued only since the arrival of Johnson consistently the narrative that Ripple and XRP are not equal in interpretation. The old lyre, which besides Johnson also Brad Garlinghouse never gets tired of emphasizing, has now arrived in the consciousness of most people in the crypto sector. The token XRP is compared in the examples of the two gladly with oil, Ripple against it alternatively with Exxon mobile or with Saudi Arabia.

What is really interesting, however, is the comment Cory Johnson makes regarding the adaptation of cryptocurrencies by the US government. Asked about former US President Bill Clinton’s speech at Ripple’s Swell Conference, the conversation came down to the knowledge of politicians. Johnson states that Clinton, while not a crypto expert, has a basic understanding that the crypto sector should not be over-regulated.

He also hopes for this understanding on the part of the current government. He went into talks with the US government with low expectations. However, the US government had positively surprised him by showing itself to be very open to cryptocurrencies. Thus the government thinks among other things about it, what it means that a majority of the Bitcoin and Ether Minings takes place in China. So an advantage for XRP that doesn’t include mining in its concept?

At least Cory Johnson wants to sell it to the outside world and present XRP as independent and ecological. As Johnson states, the US government already seems to have come up with this funnel. Here Johnson speaks fully as Chief Market Strategist of Ripple in the marketing of his (non-) product XRP. In any case, it should be noted that Ripple exchanges information both with decision-makers in politics and with the regulatory authorities.