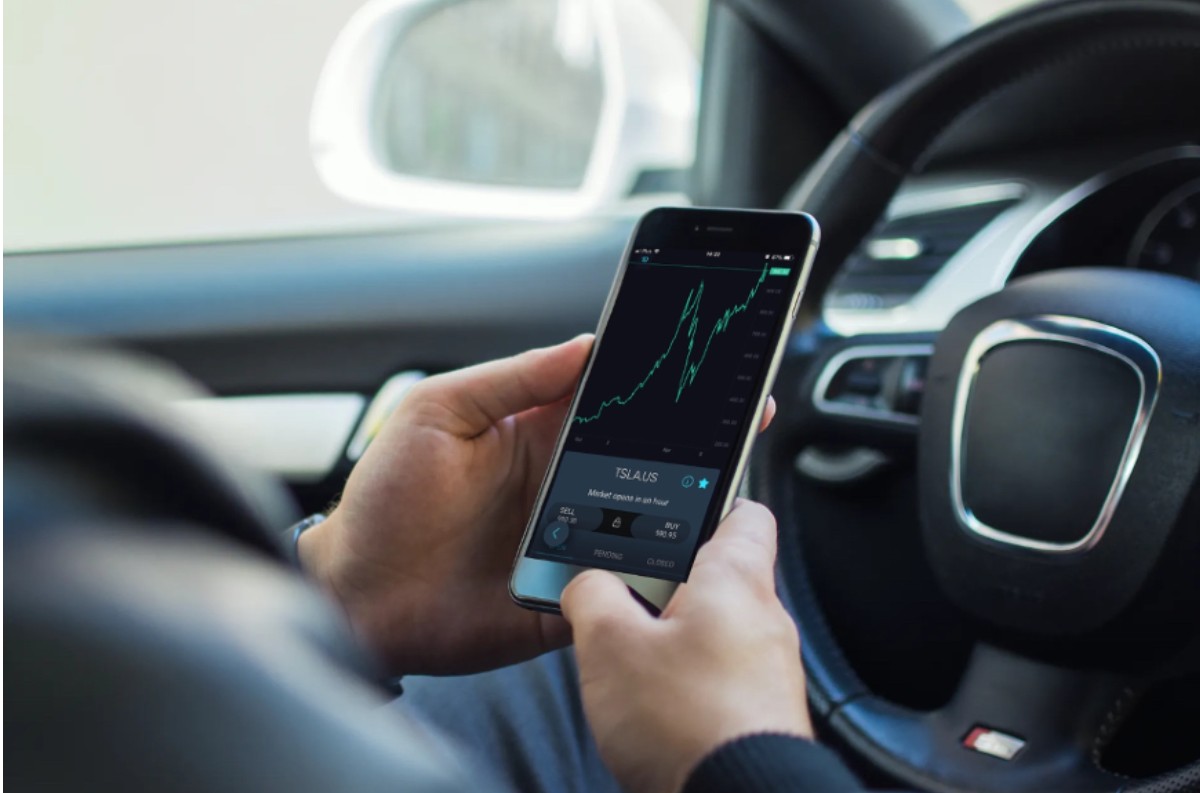 On several occasions we have said above about the movements in the stock market, particularly the large technology such as Amazon. In today’s article, the people of SimpleFX we prepared an analysis to determine if it is worth it to buy or sell shares of Tesla.

Tesla called attention last week after breaking the barrier of $ 1,000 per share, for the first time. On Wednesday, shares of Tesla soared to a record high of $ 1.026 and closed with an increase of 9% to $ 1.024. However, currently is trading at $ 990. The peak seems to encourage the traders to become optimistic. But does the price keep the momentum?

In addition, the company’s CEO, Elon Musk, expressed his intention to “do everything possible” in the volume production of Tesla Semi truck, commercial platform of the company, and encouraging more investors. On the other hand, the approval of the chinese government in the mass production of the Model 3 of Tesla with phosphate batteries lithium-ion is another factor that contributes to the increase.

As awareness increases about climate change, investors are looking at industries more eco-friendly as the Tesla, which is dominating the market of electric vehicles (EV). Tesla leans towards the generation of clean energy and zero emissions.

Analysis of the stock

Tesla Motors, Inc. CFD based on spot since January of 2019. Source: SimpleFX WebTrader

Shares of Tesla (NASDAQ: TSLA) fought well against the anxieties of the pandemic Coronavirus. TSLA.US increased by 129% in less than 6 months, despite the closing moment of the main factory of Tesla in California for more than 1 month at the beginning of this year. The market capitalisation of the company increased to $ 190 billion. It is getting closer to the market value of Toyota at $ 216 billion.

Ron Baron, a recognized administrator’s multibillion-dollar mutual funds, is one of the first investors in Tesla and believe the company will generate $ 1 billion in revenue in 10 years. Your investment has won four times, and expects that to double or triple in 5 years.

In addition, the analyst from Wedbush Securities, Dan Ives, and raised his price target upward of $ 1.350 to $ 1,500, based on the rapid deployment of Tesla and the growing demand in China. He added that the Gigafactory of Shanghai can make 100,000 deliveries in its first year.

On the other hand, Morgan Stanley and Goldman Sachs downgraded the rating of Tesla on June 11. Morgan Stanley’s Adam Jonas dropped to Tesla “equal weight” to “infraponderar”, saying that the recent rise in stock prices of Tesla above $ 1,000 does not reflect emerging risks. He cited that the price cuts of the company imply weak demand and that the growing tension between China and the united States could affect Tesla disproportionately in comparison with their competitors.

Take advantage of the coming price changes and negotiate Tesla CFD now. You may get profit provided that the stock price of Tesla goes up or down. Create a free account in SimpleFX with your email address. There is No minimum deposit. Operate online in any place using their desktop computers or smart phones.

The interface to trade shares of Tesla from SimpleFX.

To trade in the stock of Tesla, go to SimpleFX WebTrader and search for “TSLA.US” in the search bar at the top of the screen. Then, click on “New order” at the bottom to buy or sell. Enjoy trading without commissions leverage of up to 500x. I traded Tesla CFD today!