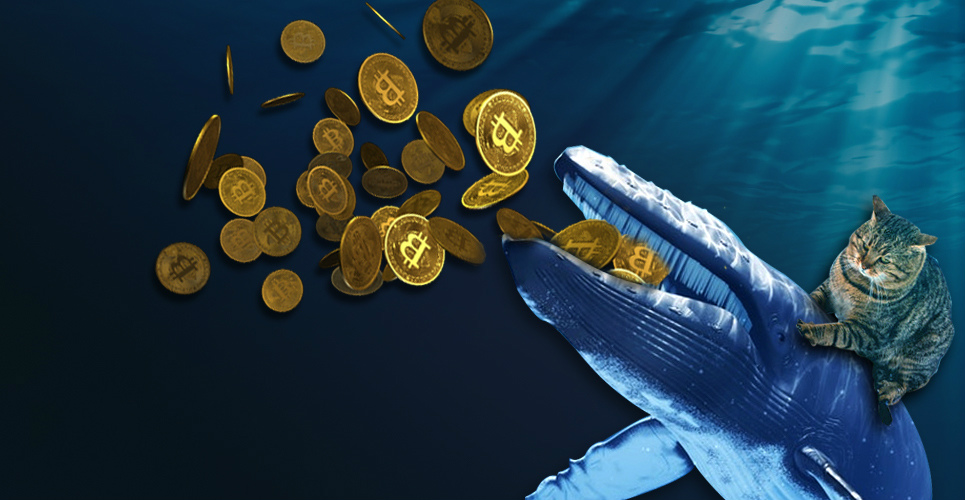 Already almost ending the first month of the year, the whales crypto have been active and established strategies. The analysis can always be done, at least in a superficial way, while keeping an eye on reports of Whale Alert. This week we have seen a steady movement of altcoins in large quantities, like Bitcoin.

20 January: The day of the altcoins

This day cryptocurrencies as IOTX, CRO, BUSD and WTC were mobilized by the whales crypto. In the case of IOTX, was transferred to an equivalent of 5.300.711 USD from Binance a wallet unknown. In the HT, the direction was reverse, since the whales that made such movements probably only wanted to exchange them for another currency. A total of 3.178.198 HT (9.934.710 USD) has been moved from wallets unknown to Huobi. Then, in the case of WTC it was a transaction equivalent to 6,740,945 USD. This move was made from Binance a wallet unknown. Now, in regards to Bitcoin, mobilized a total of 5854 BTC through five different transactions. The whales crypto this day made these operations from exchanges to wallets to unknown mostly, with the exception of two movements (for 700 BTC and 674 BTC respectively), which were taken from wallets unknown to Binance. With it, it could be said that the trend of accumulation was latent this day, at a time when the price of BTC was around 8600 USD. On the other hand, an important transaction USDT also took place on this date. Specifically, it was of 64,600,000 USDT (64.600,251 USD) from Bitfinex to the reservation of Tether.

21 January: Bitcoin and USDT are the favorites of whales crypto

During this day the whales crypto mobilized 6608 BTC, over seven transactions and using platforms like Coinbase and Binance. It is also noteworthy that the majority was from exchanges to wallets unknown, specifically six of seven. Whales crypto accumulated Bitcoin for the start of the week previous, it reflects a continuation and deepening of the accumulation observed on the previous day. Therefore, it is said that the intention of the whales crypto was to try to drive the price of Bitcoin up, as by removing liquidity from the market, there would be a reduction of the offer that could have influenced the price to increase. In terms of USDT, the movement was constant throughout the day. The total mobilized by the whales crypto was 33.065.230 USDT, in only four transactions. Mostly, the transactions were made from wallets unknown to Bitfinex, except a by 10.000.000 USDT.

January 22: continue to the altcoins and Bitcoin

On the 22nd of January, highlighted a move by more than $ 42 million in USDT, made from Bitfinex to the reservation of Tether. Even some users of Twitter talked about the possibility that the motive was money laundering, but nothing seems to confirm this option. The accumulation of XRP on the part of the whales crypto also drew attention, since the total transferred was 223.103.748 XRP. It should be noted that this amount is simply the sum of two transactions, one of them for more than 178 million XRP. Another whale also took advantage of the occasion to mobilize more than $ 6 million in PAX, out of the reserve PAX to a wallet unknown. Finally, we reported nine transactions with BTC whales crypto. Of those nine, five were made from exchanges to wallets unknown. The total of these transactions was 10655 BTC, and passed through the channels of OKEx and Binance. On the other hand, the 9022 BTC that if they were brought to the open market are also considered as surprising.

January 23: USDT is the preferred of the whales crypto

This date was reported four movements of whales crypto with USDT. The total at the end of the day was an amazing 27.966.866 USDT, who entered the exchanges Bitfinex and Binance. The liquidity of this criptomoneda available in the market increased greatly this day thanks to the whales crypto. On the other hand, we have the important transaction of Ripple by 178.103.677 XRP (39.496.930 USD), directed to a wallet unknown. It is known that the startup of San Francisco, which owns more than half of all the XRP existing, sent the XRP to wallet is unknown, in two separate transactions. The first transfer occurred on Wednesday, and the second was this. Then, we have that the whales crypto took Bitcoin the market on this day for their accumulation. Of 7422 BTC moved, 2422 BTC ended up in wallets unknown through Coinbase and Binance.

9424 BTC is the total of the movements of the day Friday, through five transactions. However, the strategy this day seemed to be on its way to the dump, since most of these transactions introduced Bitcoins to the market. With this, increased the available supply, and the price was reduced. The result? Bitcoin came to the 8200 USD briefly, compared with the 8300 USD the previous day.

25 and 26 of January: Bitcoin closes the week for the whales crypto

In the last 48 hours 2600 BTC have been mobilized for the whales crypto, however they have the particularity to be made from one exchange to another (from Xapo to Bitstamp). To these hours, the price of this criptomoneda leader is slowly approaching to the initial maximum of this week. That is to say, while writing this article, Bitcoin has a price of 8.568,03 USD, which represents an increase of 2.44% with respect to the day of yesterday. Whereas the week started with Bitcoin on 8600 USD, variations and activities of the whales crypto have been approached by the today’s price at the beginning of the week. The following two tabs change content below. A degree in Liberal Studies from the Metropolitan University. Lover of innovation and a believer of the technology for the future.