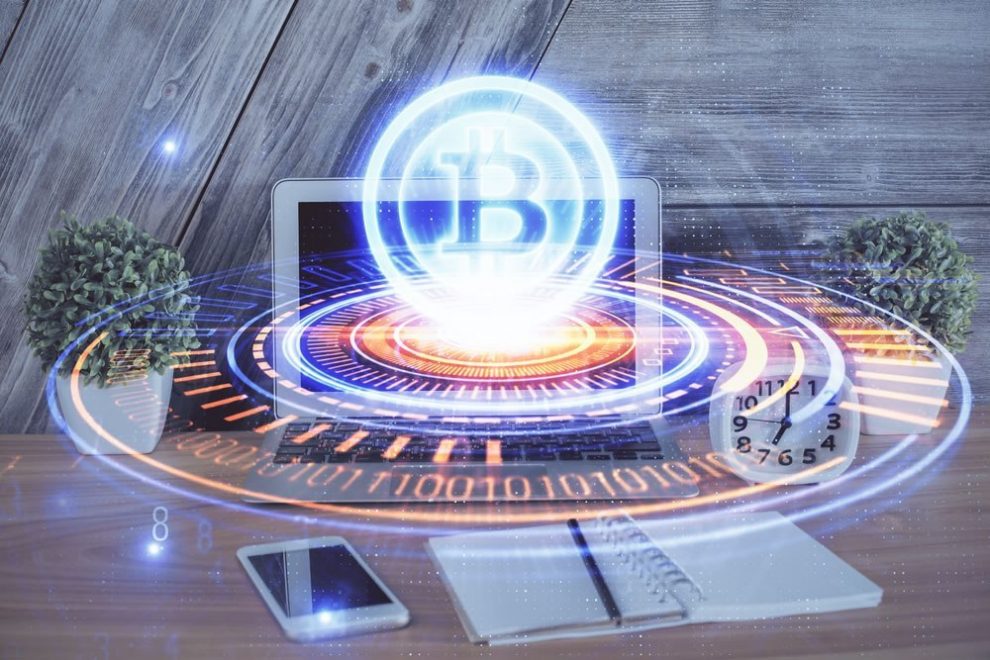 The cryptocurrencies in general have had a very good start of this year to 2020; some have shown yields truly amazing, as is the case of Bitcoin VS, increasing its price by over 100% in 24 hours, and Dash a 70%; however, both have lost a good portion of those gains. Currently, a large portion of the market, crypto has become bearish; Bitcoin is no exception. We still see the strong correlation of the movements performed by the cryptocurrencies, due to the strong dominance of a Bitcoin on the market. To know the current situation and possible development in the next few days, we have performed the analysis of the 3 largest by market capitalization.

From the time frame of 4 hours is where we can observe more clearly the structure bearish current that mark the price. After a break of the support zone around USD 8.555, the bears have taken control, and they are determined to continue their course bearish in the very short term. The transition of the structure of the uptrend happened in the last week, however, the holder named in the preceding paragraph showed an imposing force, and was rejected to the downside on numerous occasions, which meant an immediate reversal. This was not the case. Today, we see a Bitcoin by making a new highest low, in the form of retracement before a new bearish momentum. Technical analysis of Bitcoin from the time frame of 4 hours The moving averages EMA and 8 SMA 18 periods of 4 hours are kept crossed to the downside, possibly working as resistance during the movement of recoil where you currently live, the price. The SMA of 200 sessions of 4 hours is up, and could function as a excellent support in the midst of the fall that runs through Bitcoin. Moving averages on the chart of Bitcoin The RSI is below the level 50 in the 4 hours chart, supporting the stage, the bassist for the short-term. RSI on the 4 hours chart of Bitcoin

From the time frames higher, Bitcoin still remains a force to dominate uptrend. The EMA and 8 SMA 18 days remain to cross to the upside. While, the SMA 200 is bearish, due to its location on top of the price, and served as resistance in the midst of the escalation of the price that we saw in the early days of this first month of 2020. The RSI on the temporality daily also remains bullish, but fairly close to level 50, so you could change in the next few hours, continuing the trend observed in the temporalities minors. Technical analysis of Bitcoin from the daily chart time frame weekly shows a scenario very positive. The bulls were able to break the bearish trendline that kept the price in a significant drop during the latter months of 2019. The small bearish movement that has engaged in Bitcoin over the last few days could mean only a retracement and if we look at time-frames greater, as the weekly. Chart Bitcoin vs Usd in temporality weekly EMA and 8 SMA 18 weeks are trying to cross to the upside. The SMA of 200 weeks is also rising, indicating a bullish trend of Bitcoin in the long term. Moving averages on the weekly chart of Bitcoin

Ethereum shows a behavior very similar to Bitcoin, with a structure bearish in temporality of 4 hours. The moving averages quick is to have crossed to the downside, while the SMA 200 periods of 4 hours remains bullish. The RSI of length has become short this same temporality, supporting a fall in the short term. Technical analysis of Ethereum in the 4 hours chart

The 4 hours chart of XRPUSD shows a very clear scenario bassist, marked by a clean Shoulder-Head-Shoulder, confirmed after the already occurred break of the neck line of the formation. Technical analysis of the chart of 4 hours XRPUSD moving averages EMA and 8 SMA 18 periods of 4 hours we will have crossed to the downside recently, supporting the structure downtrend that can be seen in this temporality. The SMA 200 is maintained uptrend since the start of the bullish rally that we saw in this month of January. THE RSI is bearish as it is below the level 50. Technical analysis of XRPUSD All of our publications are of an informative nature and in no case should be decided with advice of investment. The following two tabs change content below. Creative editor and trader of cryptocurrencies, currencies, fiat, and commodities.